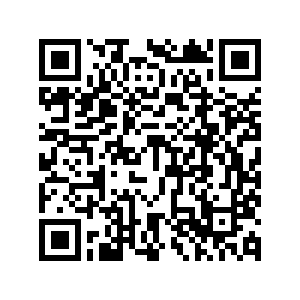 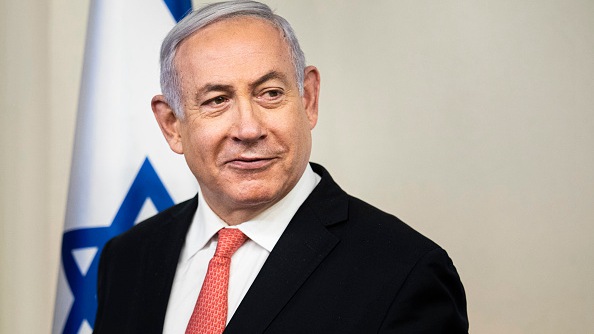 Editor's note: Thomas O. Falk is a London-based political analyst and commentator. He holds an MA in International Relations from the University of Birmingham and specializes in U.S. affairs. The article reflects the author's opinions, and not necessarily the views of CGTN.

The outcome was inevitable from the start. The partnership of convenience between Israel's Prime Minister Benjamin Netanyahu and Benny Gantz has come to an end. However, the resulting snap election could mark a rude awakening for Netanyahu.

It was only in May that Netanyahu's Likud and Gantz's Blue and White alliance formed a coalition. Its official goal: ensure stability during the COVID-19 crisis. For this overriding reason, Gantz even broke his promise never to enter into government with Netanyahu, who is facing trial for corruption charges.

Seven months later, the partnership that never was has ended.

Both sides were unable to resolve a budget dispute by December 23. As required by law, parliament was automatically dissolved, resulting in the fourth election in only two years.

Many in Blue and White rejected a last-minute compromise between Gantz and Netanyahu that would have extended the deadline for adopting the budget. They either did not even attend the vote or voted against the compromise, confirming the idea that Gantz lacked support for his leadership.

From the start, hostility and mistrust were omnipresent, making the coalition destined to fail.

Netanyahu's open defiance of Gantz often kept the latter in the dark. It resulted in an utter lack of transparency. Netanyahu did not inform Gantz of the normalization agreements with the Gulf States. His recent trip to Saudi Arabia became known to Blue and White via the newspapers. Meanwhile, Gantz attempted to make life even more difficult for Netanyahu, who already finds himself under legal scrutiny, via launching investigative committees into the prime minister's dealings. Both sides' conduct is a testimony of the consistent acrimony the coalition displayed – to the country's dismay.

The politically hostile environment was amplified by a critical agreement that was part of the coalition, adding an additional layer of volatility: Gantz and Netanyahu agreed on a power-sharing model. The latter would remain in power until Gantz becomes his successor in November 2021. 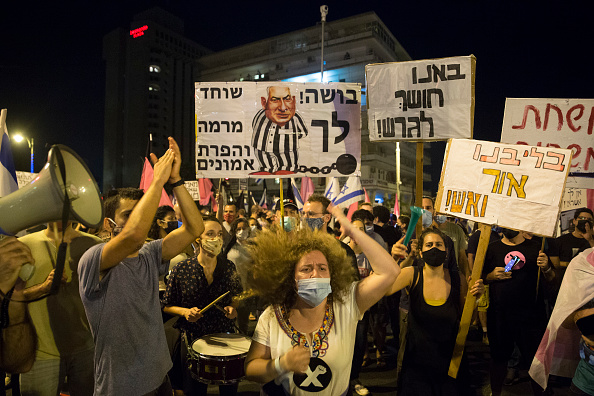 The government's collapse amid the pandemic and a devastating recession rescinds the arrangement.

It is why chatters of a potential Machiavellian spiel by Netanyahu, a deliberate boycott of the budget, never ceased.

Even if it was true, Netanyahu's path forward has never been more uncertain.

In part because his crisis management record will play a pivotal role at the ballot box, but above all, because a former Likud member recently introduced a new dynamic into Israeli politics.

Gideon Saar, a Netanyahu adversary, who had previously challenged the prime minister for the party's leadership, announced the formation of his own party New Hope at the beginning of December.

During his press conference, Saar pontificated that Likud had not only changed under Netanyahu but had become "a tool serving its leader's personal interests."

New Hope's emergence represents a not insignificant encumbrance for Netanyahu's plan to remain in office post the upcoming March election.

The reason is as simple as it is emblematic for Israel's political status quo: New Hope is destined to become the third-largest party in the Knesset and only eight seats behind Likud, according to current polls.

Saar, who makes no secret of his plan to oust Netanyahu as prime minister, would become the number one challenger. And for the first time, Netanyahu is challenged by someone on the right.

It is where the peril for Netanyahu starts. His bloc of right-wing and religious parties, to which Likud belongs, cannot obtain a majority without Saar's party.

Saar himself, on the other hand, can be trusted to form a coalition from all parties who had already entered previous elections with the credo "anyone but Netanyahu."

March will show whether these circumstances are sufficient to end Netanyahu's tenure.

However, what appears certain is that troubled times are still ahead and that even the fourth election in two years will not guarantee a coherent and stable government for Israel.