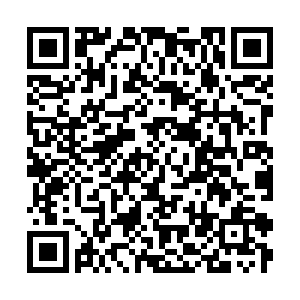 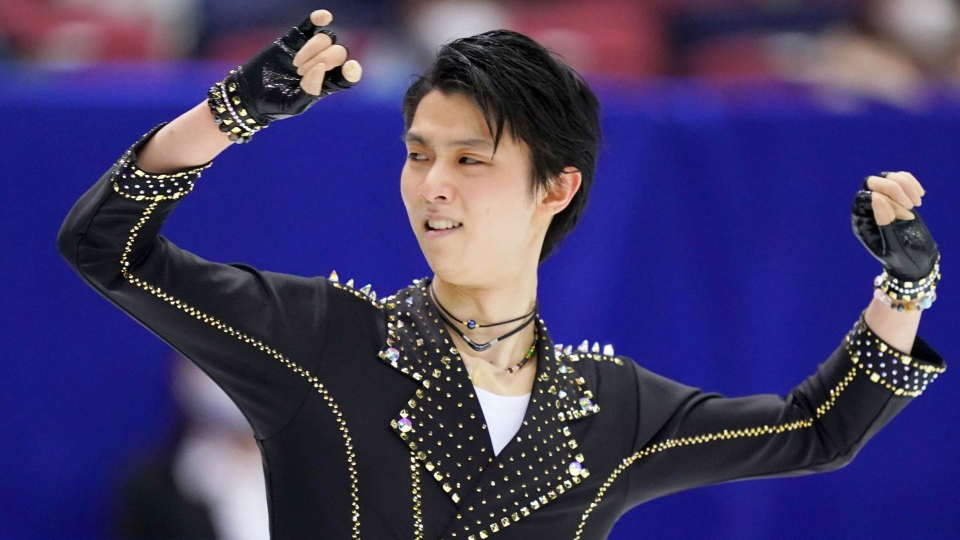 After 10 months off the ice, Japanese skating champion Yuzuru Hanyu made a commanding return to the ice on Friday as he skated a new rock-themed short program and scored a 103.53 for his upbeat and nearly flawless performance at the Japan national championships in Nagano.

In an uplifting performance set to Robbie Williams "Let Me Entertain You", Hanyu landed all of his jumps, starting with a quadruple salchow, followed by a quad toe loop-triple toe loop combination and triple axel.

"I wanted to give people watching something uplifting amid all the gloomy things that have been going on," said Hanyu. "I was trying to make every single part of it a highlight."

The 26-year-old star had been out of action since then after deciding his asthma made competing in this season's Grand Prix Series too risky during the pandemic.

On Friday, however, he picked up right where he left off with a confident performance. 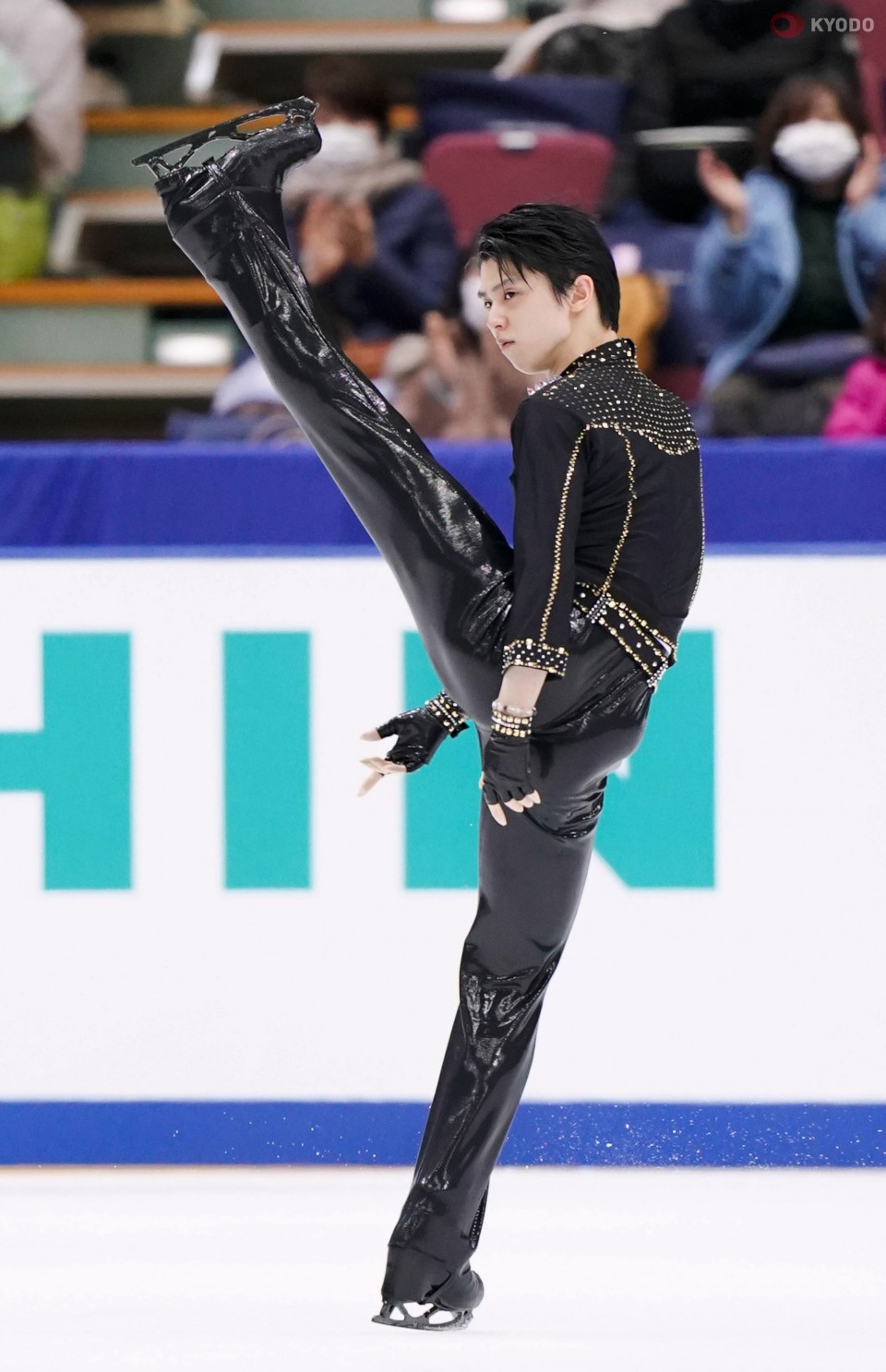 Yuzuru Hanyu in action during the short program at the All Japan Figure Skating Championships in Nagano, Japan, December 24, 2020. /Kyodo News

Yuzuru Hanyu in action during the short program at the All Japan Figure Skating Championships in Nagano, Japan, December 24, 2020. /Kyodo News

When he finished his program, Hanyu broke into a smile and stayed on his knees on the center ice, soaking in the moment both he and his fans have been waiting for a while.

"I believe fans are taking time to watch me skate even when they are going through tough times. I hope my performance provides them something cheerful to talk about," Hanyu said.

"I'll aim for another tidy performance tomorrow (in the free skate)."

Seventeen-year-old Yuma Kagiyama, who won the NHK Trophy last month in his senior Grand Prix debut, made a strong performance to score a 98.60. Pyeongchang Olympic silver medalist Shoma Uno, who fell on a quadruple toe loop attempt, is in third with a score of 94.22.