Download
Do as I say, not as I do: U.S. double standards on cultural exchanges
Harvey Dzodin 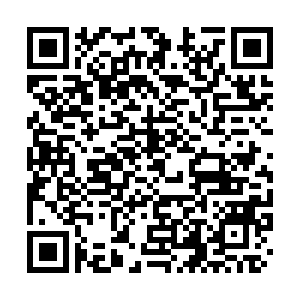 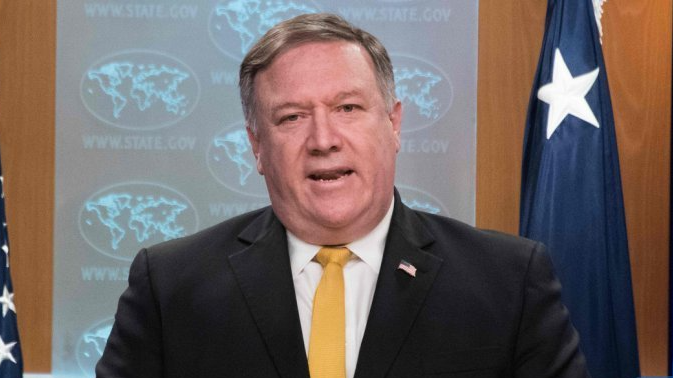 U.S. Secretary of State Mike Pompeo speaks during a press briefing at the U.S. Department of State in Washington, D.C., the U.S., October 3, 2018. /AFP

U.S. Secretary of State Mike Pompeo speaks during a press briefing at the U.S. Department of State in Washington, D.C., the U.S., October 3, 2018. /AFP

It's no surprise that one of the most ethically-challenged members of the U.S. administration continues to resort to falsehoods and half-truths in attempting to demonize China until his last day in office.

Pompeo's press release, replete with grammatical and factual errors, refers to the programs as merely masquerading as "cultural exchanges" when, in his view, they are "fully funded and operated by the PRC government as soft power propaganda tools."

Let's deconstruct that and compare one of the challenged programs to similar ones run by the U.S. State Department.

The U.S. law which encourages cultural exchanges is formally known as the Mutual Education and Cultural Exchange Act (MECEA) and was passed in the same month as a companion act creating the Peace Corps, September, 1961. It is more popularly known as the Fulbright program, named after its originator, Senator J. William Fulbright.

The convoluted and arcane language in most U.S. legislation can give even seasoned experts migraine headaches, but the preamble of MECEA is one of the clearest, most idealistic and all-inclusive international clarion calls ever written. It describes the mission of cultural exchanges created under the act "to increase mutual understanding between the people of the United States and the people of other countries by means of educational and cultural exchange; to strengthen the ties which unite us with other nations … and assist in the development of friendly, sympathetic, and peaceful relations between the United States and the other countries of the world."

Maybe Pompeo, in his paranoia, sees something very subversive there, but it's obvious there is none whatsoever.
Because a program is wholly funded by a government or not isn't determinative of any conclusion about its bona fides. One needs to look at the program itself to determine if it's positive.

The term "soft power propaganda tool" is a most curious one. According to Harvard Professor Joseph Nye, who coined the term "soft power," it is the ability to affect others to obtain the outcomes one wants through attraction and persuasion rather than coercion or payment. A country's soft power is based on its resources of culture, values and policies. It's different from "hard power," which is aggressive in nature, or from "smart power," which combines hard and soft power.

Students from China celebrate graduation after the Columbia University Commencement ceremony in New York, the U.S., May 22, 2019. /Xinhua

Students from China celebrate graduation after the Columbia University Commencement ceremony in New York, the U.S., May 22, 2019. /Xinhua

Public diplomacy has a storied history as a means of promoting a country's soft power. "Propaganda" is information, especially of a biased or misleading nature, used to promote a political cause or point of view. So soft power isn't by itself bad, but propaganda by definition suggests deviousness or half-truths.

A cultural program just shuttered by Pompeo is the Policymakers Educational China Trip Program of the nonprofit U.S.-China Policy Foundation (USCPF). This 25-year old program arranged for senior staff of both houses of Congress to visit China and provided participants with first-hand insight into the significant issues affecting China and the Sino-U.S. relationship to better fulfill their responsibilities.

For most participants, this was their first time visiting China, so the trip was an especially valuable introduction. Founders of the USCPF included a diplomatic colleague who accompanied Henry Kissinger on his secret mission to China in 1971, and a former U.S. ambassador to Beijing. It appears to be nothing less than a pillar of the U.S. foreign policy establishment.

To me, the program was public diplomacy at its best, devoid of propaganda because the participants were free to observe the situation for themselves. By knee-capping this valuable program, policymakers will be denied first-hand knowledge to help their Senator or Congressman make decisions that affect the very future of the human race.

Interestingly, Pompeo's department has dozens of similar programs it wholly funds. For example, State's Emerging Young Leaders Award, an all-expenses-paid two-week U.S. program, followed by a continuing virtual mentorship and the possibility of further U.S. funding. Also, consider State's Edward R. Murrow Program for Journalists that brings emerging international journalists from around the world to examine journalistic practices in the U.S. There must be a double standard here that allows the hegemonic U.S. to engage in such activities, but from which China is forbidden.

There's a similar "do as I say, not as I do" double standard when it comes to Confucius Institutes, which teach Chinese language and culture globally, including in the United States. Pompeo has called them "an entity advancing Beijing's global propaganda and malign influence."  So how is it that while damning them, the U.S. runs culture and language programs in Chinese cities including Beijing, Guangzhou, Shenyang and Shanghai? In Beijing they even run monthly programs for students and their parents on U.S. educational opportunities. But it appears the right hand of the U.S. government doesn't know what the left hand is doing because the U.S. has not only tightened visa requirements for these students, but also canceled existing visas for thousands of Chinese graduate students this year.

Hopefully, President-elect Joe Biden and Secretary of State-designate Antony Blinken will review and reverse these and similarly dangerous, shortsighted and nakedly isolationist decisions. But they're probably not the last of such mischief; after all, the administration still has three weeks to raise more hell and to try to box the newly-elected leaders into a corner from which it's difficult to escape.