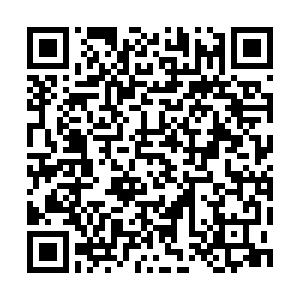 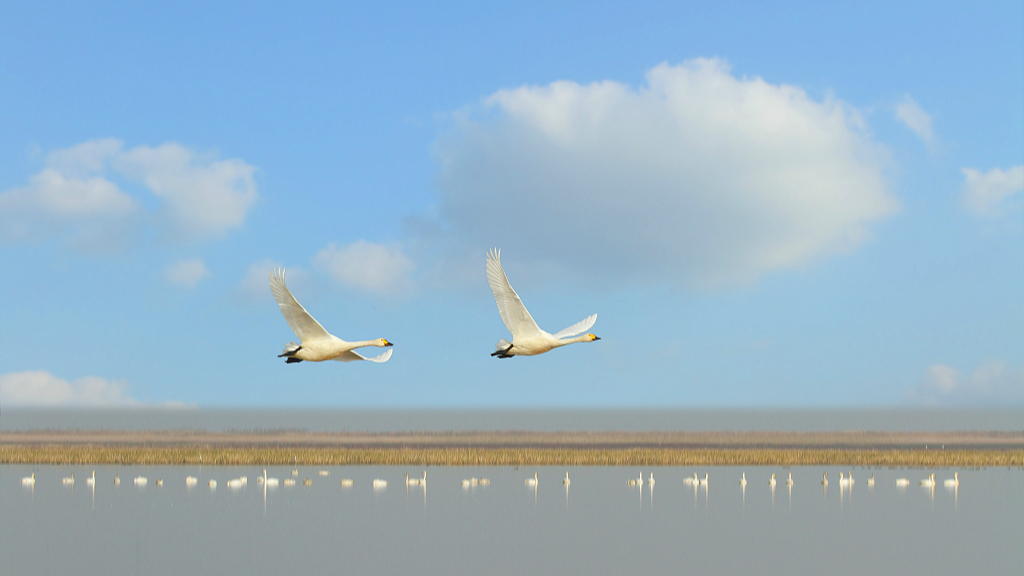 Although the winter solstice has passed, rice ears still hanging down from the stems are visible in farmlands by the Poyang Lake, China's largest freshwater lake, which has become a winter haven for over 100 species of migratory birds in east China.

In addition to 66.7 hectares of unreaped rice, 33 hectares of lotus root fields and gorgon fruit farms by the lake have been left unharvested this year, as local authorities and wildlife conservationists joined efforts to increase the food stock for wild waterfowl wintering in the lake area. 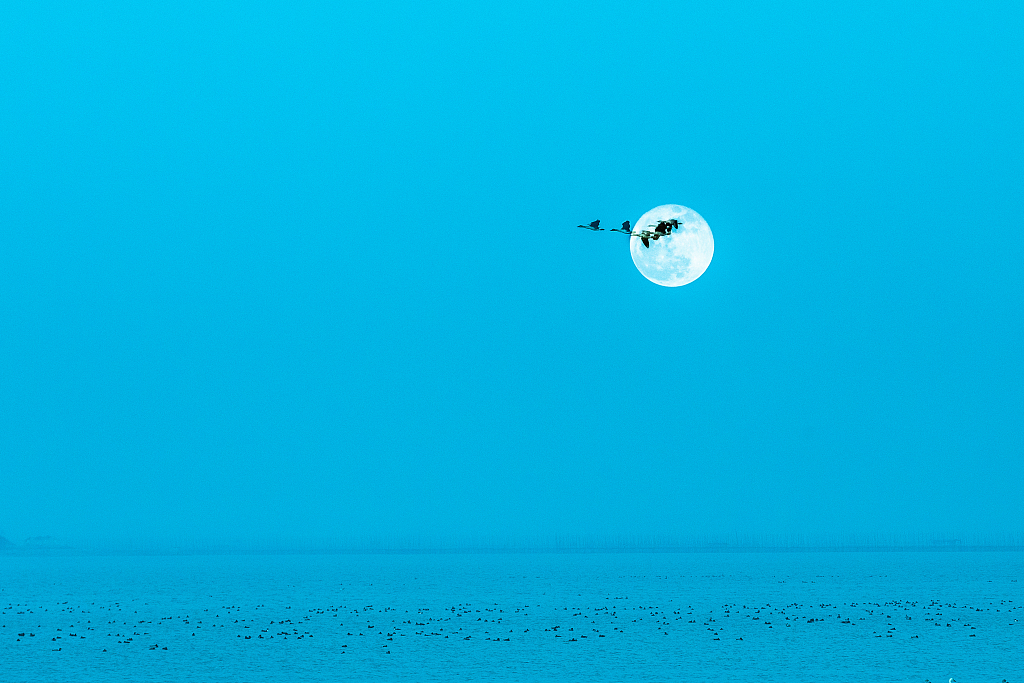 "The severe summer floods have affected the growth of aquatic plants on which the birds wintering in the lake depend for food," said Sun Zhiyong, an expert from the Institute of Zoology in east China's Jiangxi Province, where the lake is located.

Foreseeing the food shortage for the migratory birds in winter, local departments of agriculture and forestry have reached agreements with 16 households living by the lake to leave their rice unharvested as part of efforts to supplement the food for wildlife. 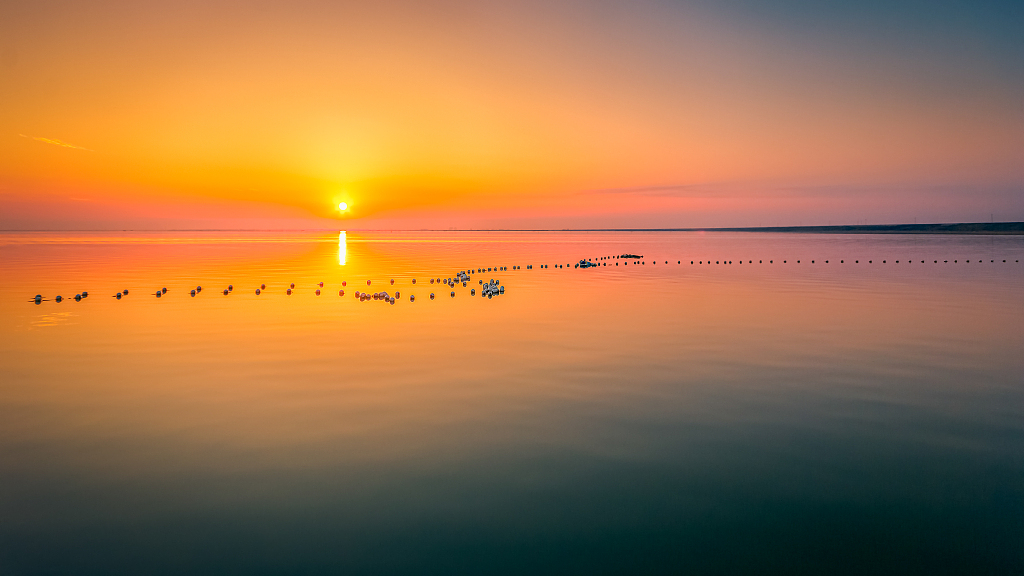 Rural residents were also persuaded to keep their chickens and ducks in pens to prevent them from fighting for food with the visiting wild birds.

Lei Xiaoyong, chief of the wildlife protection and management station in Yugan County, said the number of white cranes in the lake area exceeded by 1,600, with white-headed cranes and grey cranes spotted in the fields.

Bird lovers have paid local farmers to reserve the harvest in their lotus root fields for migratory birds, he added. Local authorities also provided compensations to rice and gorgon fruit farmers who sacrificed their harvests for protecting the wildlife. 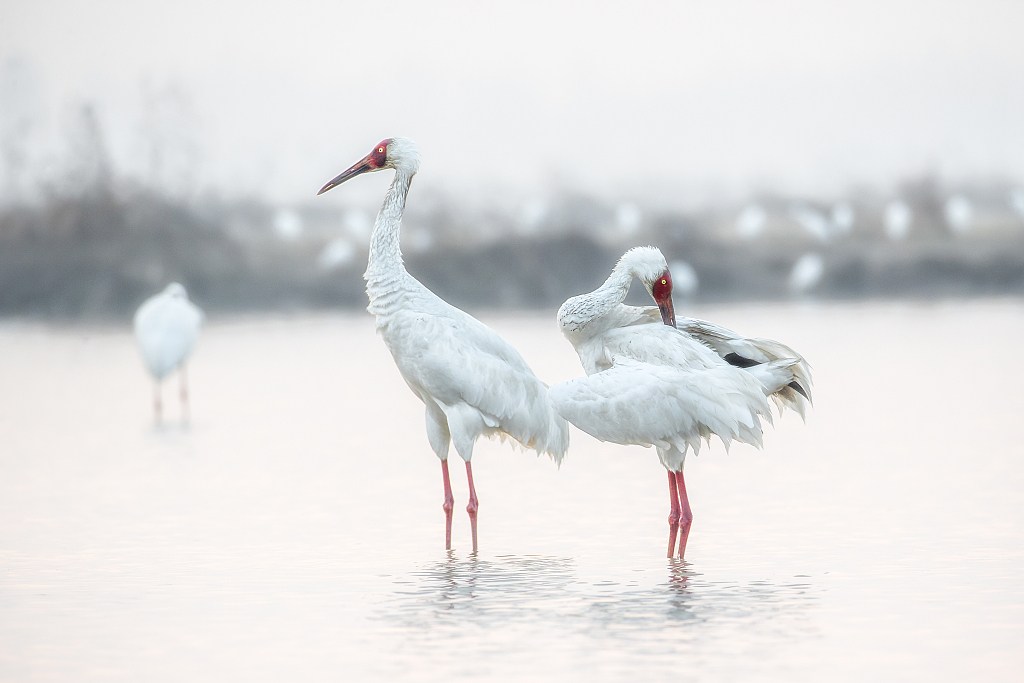 It is estimated that over 350,000 migratory birds have flocked to the lake. A total of 100 species of migratory birds, including 60 waterfowl species, were seen in the nature reserve from Nov. 21 to 30. Endangered birds such as oriental storks, white cranes and the Baer's pochards were also spotted.

The peak migration period for birds heading to the lake is from mid-December to early January of the following year.