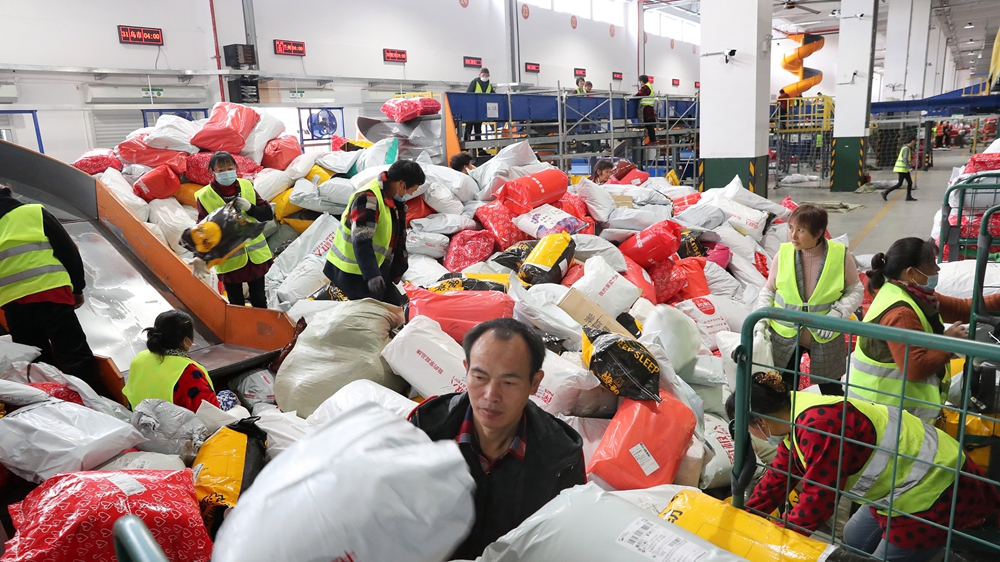 China's booming express delivery sector will embrace eco-friendly packaging to chime with the central government's determination for a green transformation of its economy.

On December 14, eight departments of the central government including the National Development and Reform Commission and the State Post Bureau, published new guidelines setting unified standards for green packaging to ensure compliance by industry players.

As part of the green drive, at least 85 percent of packages will only be wrapped one-time for delivering starting from 2022, while 7 million reusable containers will come into use.

To reduce the use of packaging materials and prevent pollution, the government will push forward key measures to gradually halt the use of non-degradable plastic bags, woven bags and adhesive tape. 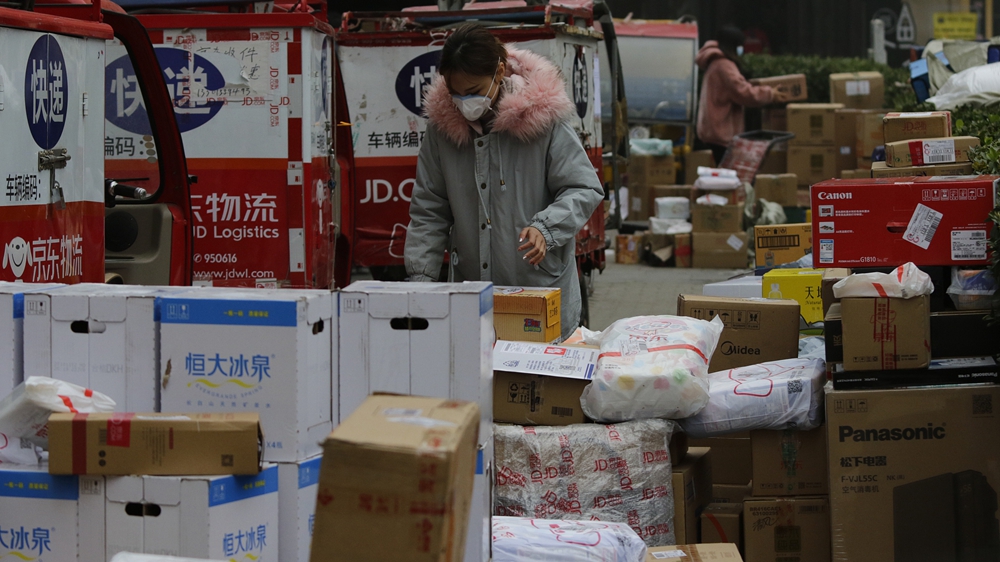 A young woman finds her package among piles of packages in Beijing, November 14, 2018. /CFP

A young woman finds her package among piles of packages in Beijing, November 14, 2018. /CFP

The growth of express delivery sector and the problems it brings

On December 21, China witnessed a record 80 billion packages, which was 16.5 billion more than that in 2019, according to the State Post Bureau.

This marked the seventh consecutive year that the country topped the world in the amount of such orders, according to the State Post Bureau.

The express delivery sector is estimated to consume nearly 1.8 million plastic packaging annually, making up nearly half of the country's consumption of plastic bags in 2019, according to data from the Plastics Recycling Committee of China Plastics Processing Industry Association.

Besides, there exists a phenomenon of excessive packaging. Wrapping a carton often consumes a lot scotch tape measuring between 1.5 and two meters, most of which is excessive packaging, according to a report on the package waste of China's express delivery sector, which was published by Greenpeace, an environmental NGO.

It's not difficult to understand this when holding a "mummy-like" package. 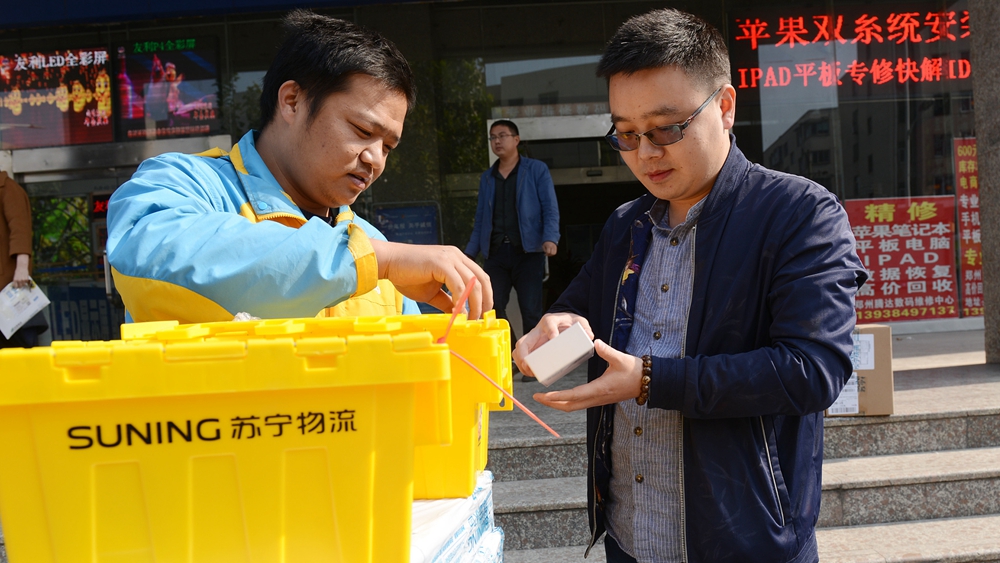 Still much room for changes in the sector

In recent years, many logistics companies have launched green delivery packaging in a bid to reduce the environmental impact of the vast amount of express packages.

However, the usage of recyclable boxes is limited in scale, according to a new survey, which rates the performance of China's nine major courier enterprises in green packaging. The survey was jointly conducted by environmental NGOs Plastic Free China and Toxics Free China.

For JD Logistics, recyclable boxes only cover less than 0.5 percent of its service, according to the report.

Also, courier firms mainly recycle cartons whereas plastic packaging is not included in their recycling programs.

There are some courier enterprises promoting the use of degradable plastics wrappings or fillers. However, due to the lack of a sound standard system for biodegradable materials, the question remains whether the materials should be regarded as an environmentally friendly solution for reducing packaging waste, said the report.

It urged the delivery sector to reduce the use of packaging and avoid using disposable packaging.

But there's a silver lining, the central government has promised to help courier companies. For example, local authorities are urged to develop facilities for the recycling of packages in communities, colleges and business districts, according to new guidelines.

The central government will also extend financial support for the development of green logistics and express delivery systems as well as professional recycling facilities.