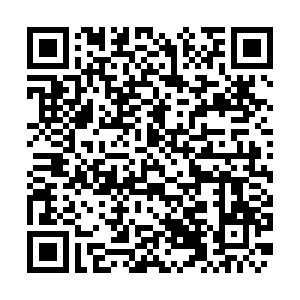 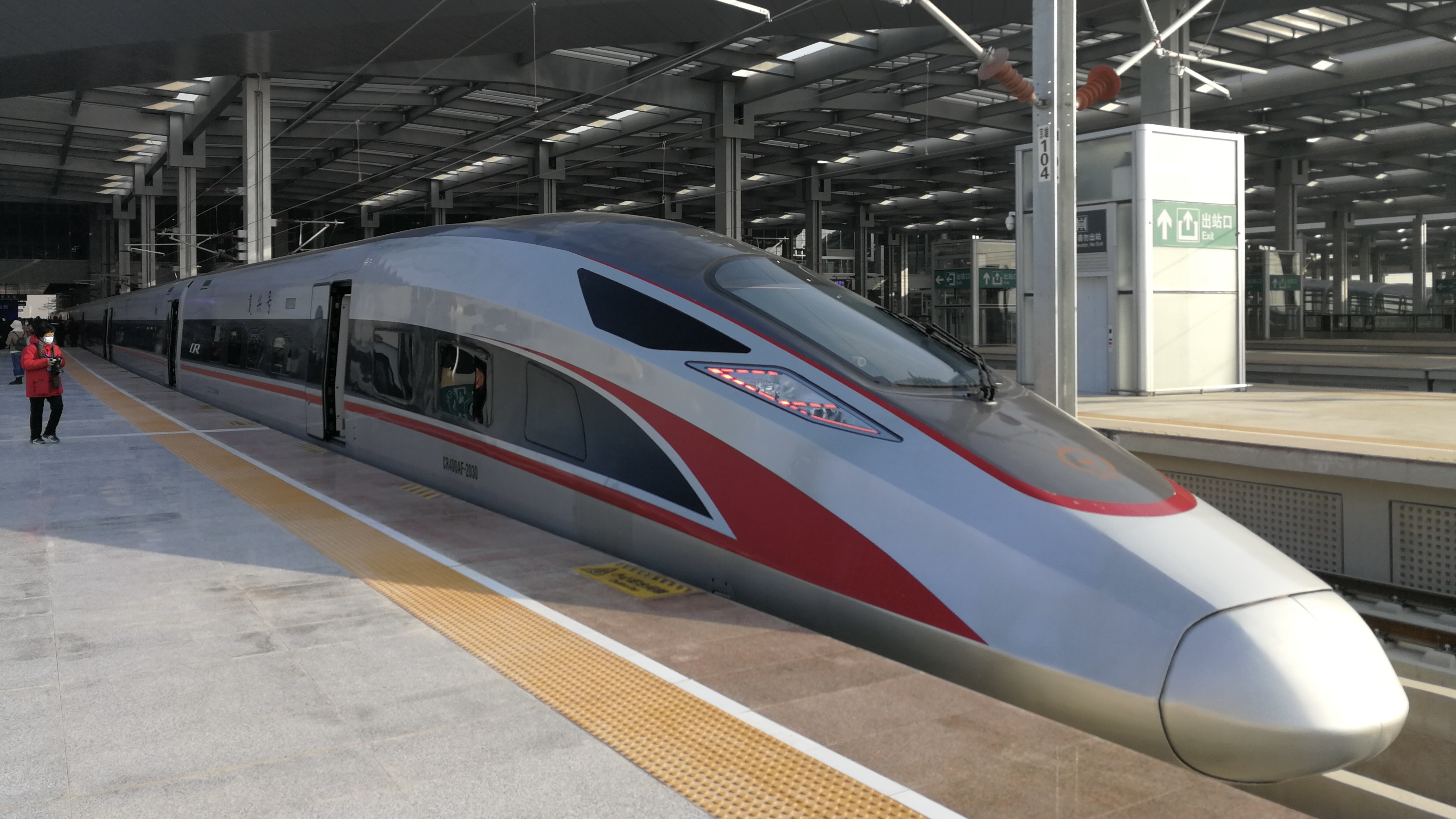 The last stretch of the Beijing-Xiongan intercity railway opened on Sunday morning, marking the full-line operation of the intercity railway, a key project for the coordinated development of the Beijing-Tianjin-Hebei region. Xiongan is planned to serve as a catalyst for the development of Beijing-Tianjin-Hebei region, as well as ease the capital's burden by housing institutions and companies.

The newly opened section from the Daxing airport to Xiongan, a stretch of 59 kilometers, has four stops and will cut the journey time between the two points to 19 minutes. Along the line, there are four major railway stations. One was opened a year ago at Beijing Daxing International Airport, one of the largest in the world. The other three new stations are Gu'an East, Bazhou North and Xiongan. 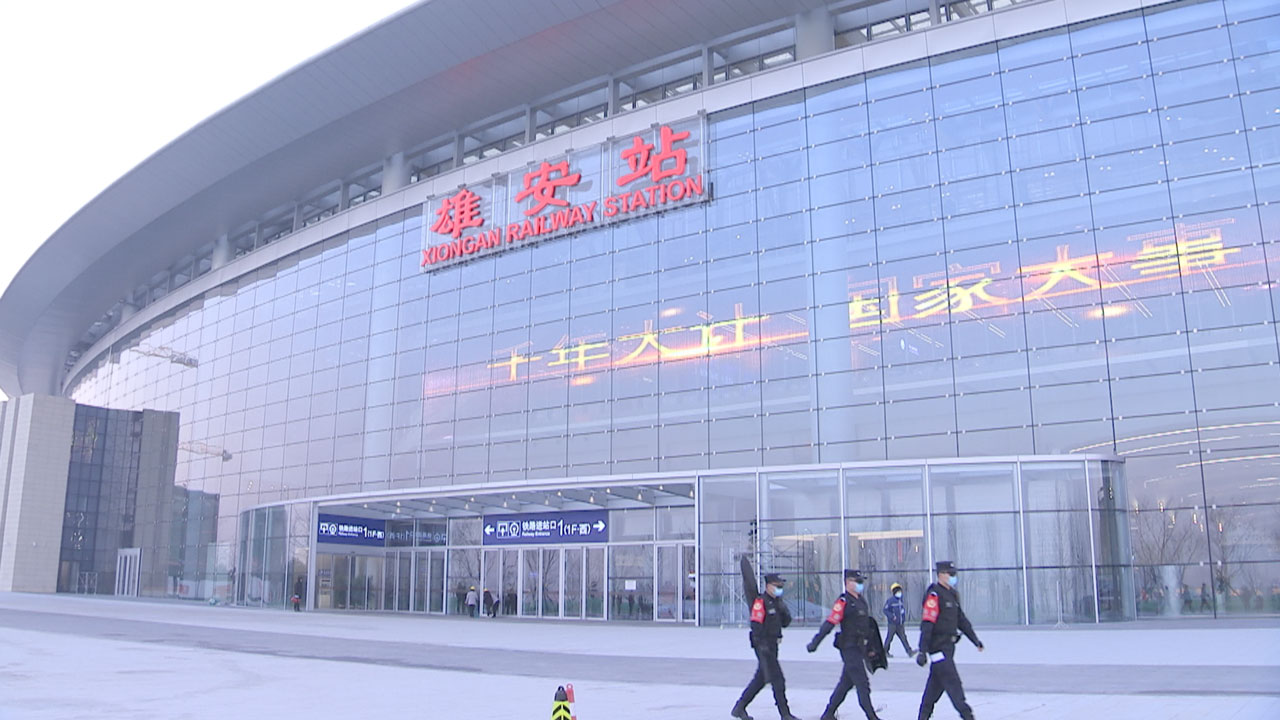 The complete line is 91 kilometers long and will take passengers from Beijing West Railway Station to Xiongan Railway Station in about 50 minutes. From Sunday, up to 17 pairs of high-speed trains will be running through the whole line on daily basis, carrying more than 600 passengers in a single trip.

The railway section from Beijing West Railway Station to the Daxing airport was put into use in September 2019.

The station is designed with environment-friendly technology to absorb natural light and save energy. The stations are also equipped with intelligent facilities.

"We use computer-based, smart monitoring system for the overall operation of the railway stations to ensure safety," according to Kang Xuedong, a deputy chief engineer at China Railway Design Corporation. 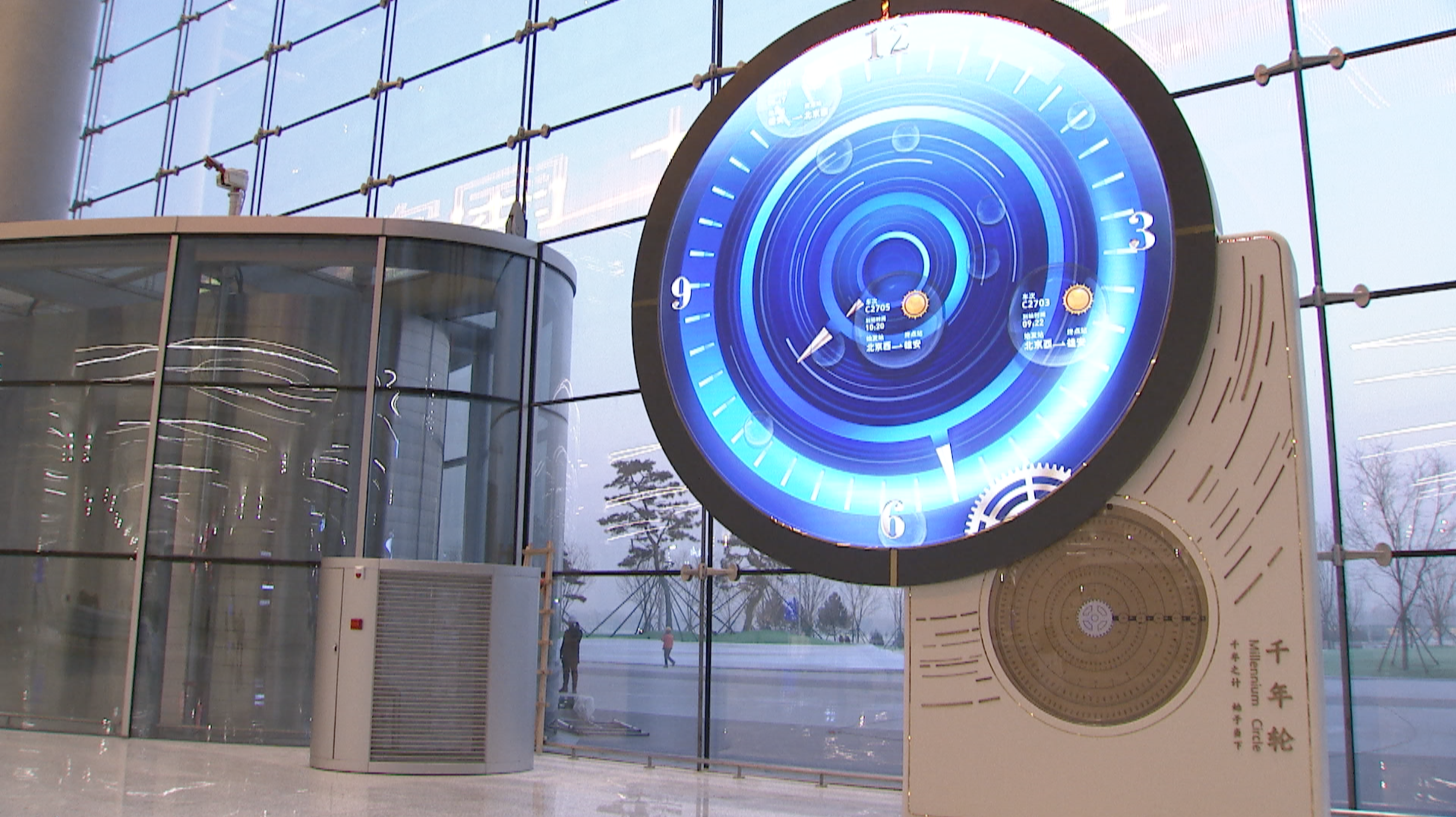 The newly-built station will be especially useful for people who work in China's new economic area.

"This is the maiden voyage of the Beijing-Xiongan intercity rail. We grabbed tickets online yesterday afternoon and we are really excited," said Yuan Ye, a designer from Xiongan Urban Planning & Design Research Institute.

Yuan's girlfriend as well as his colleague Song Yuejia, were excited about the new station. "The high-speed rail is much more convenient for people working in Xiongan. It is also very helpful for the development of Xiongan," she said.

The intercity railway is the first major transport facility connecting the Xiongan New Area. Over 20,000 workers and technicians worked on the construction of this project, which lasted nearly three years.