Download
For Singapore's migrant workers, back to work, but not much else
By Aliyah Sahni 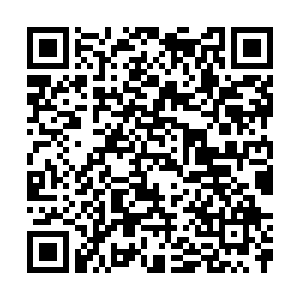 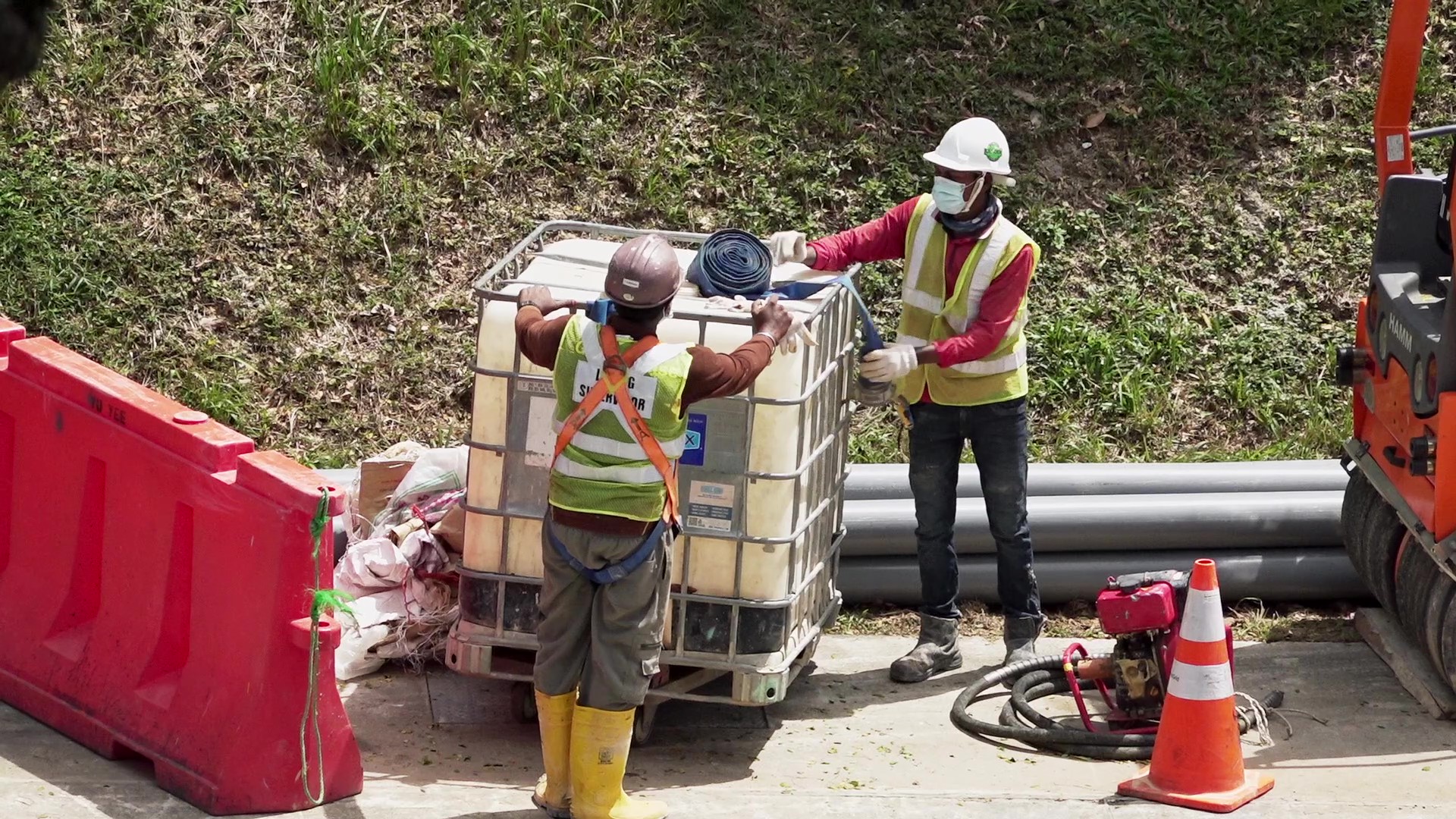 Singapore is about to move into its final phase of reopening on December 28, which effectively means the limit on social gatherings will go up from five to eight persons, more people will be allowed into malls, and the capacity for congregational and other worship services will be increased to 250.

However, the city-state's low-wage foreign workers, who work in industries like construction and manufacturing, will continue to face restrictions on their movements.

The number of cases among the workers had begun skyrocketing in April due to living conditions, prompting authorities to lock down the dormitories and begin extensive testing and isolating.

Most workers spent the next few months either in dormitories or at dedicated government facilities.

Abdul Kader Zilani works in the construction sector and has lived in Singapore for nearly 10 years. For Zilani, most of this year has been spent moving multiple times. 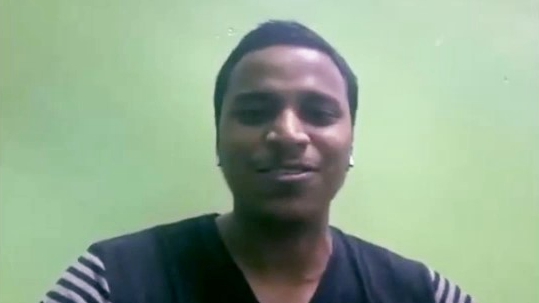 "On Sundays I never stay at home. I always used to go outside, meet my friends. But in the last eight months, it totally stopped," says Zilani. /CGTN

"On Sundays I never stay at home. I always used to go outside, meet my friends. But in the last eight months, it totally stopped," says Zilani. /CGTN

After his dormitory recorded a case of COVID-19 in March, he was moved to a hotel, where he was confined to his room for nearly three months.

He was then sent to Singapore's Kallang stadium, which was converted into a temporary dormitory, to house migrant workers who had tested negative for the virus.

"I stayed at the Kallang stadium for nearly one month. They then moved me again to Tuas, another dormitory, it was a temporary dormitory for the workers. I stayed there for nearly 20 or 22 days," said Zilani.

"Mid-August they moved me to my previous dormitory where I stay now. After mid-August I started to work. From mid-August until now, I (am) still working. Now I can still go working, but cannot go out except work," he added.

Like Zilani, from August till the end of October, all migrant workers who had tested negative, were only allowed to leave their dorms to go to work.

These restrictions were eased slightly on October 31, which allowed migrant workers to visit designated recreation centers – but with permission and on specific days only.

"You see my permit, government exit pass stated I can take only Monday [off]…But I cannot take Monday [off]…Monday is a regular day," explained Mohd Sharif, migrant worker from Bangladesh, who so far has not been able to visit a recreation center.

"Despite the numbers coming down to virtually zero, they are still under very tight restrictions. While they are allowed to be taken out by their employers to go to work and then sent back straight after work, they are not allowed to go out to socialize. They are not allowed to go out to the shops except maybe what two hours, three hours a week, even then only with permission," added Alex Au, vice president of Transient Workers Count Too, a non profit advocating for migrant workers in Singapore. 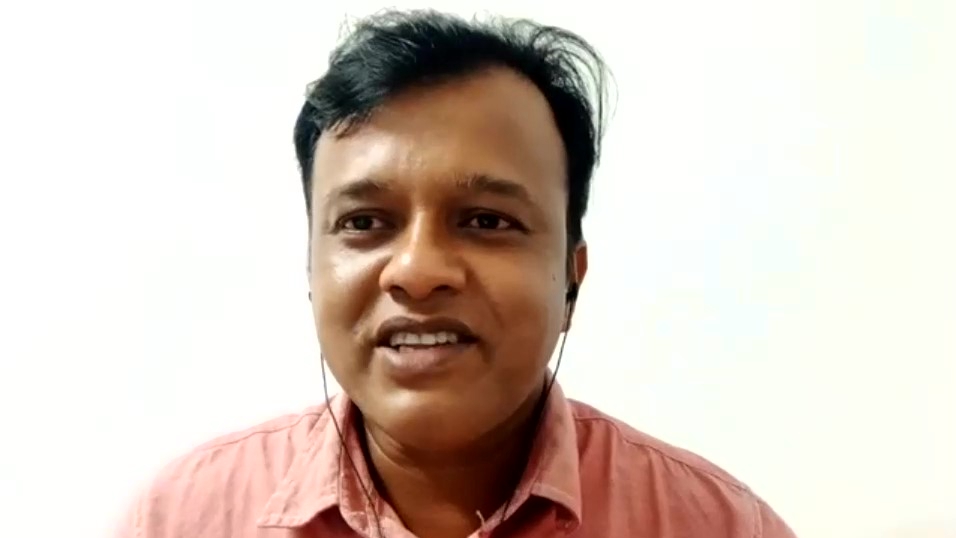 Mohd Sharif, migrant worker from Bangladesh, is waiting for the day he can visit Singapore's Sentosa island again. /CGTN

Mohd Sharif, migrant worker from Bangladesh, is waiting for the day he can visit Singapore's Sentosa island again. /CGTN

Being unable to work for nearly six months, the workers were also faced with the fear of job loss, financial woes and in some cases not being paid their salary.

"We have seen quite a number of newish problems that came straight out of the COVID-19 experience. The most common one basically was the fact that the men were not paid during the four or five months that they were locked down. Well, I wouldn't say all men but many men who did come to us with complaints," said Au.

"Singapore law is actually quite clear. The law says that whether an employee is given work or not, so long as the employee is employed, he or she is entitled to basic salary for the period of employment. However, for many workers who are stuck in the dormitories, they didn't even receive their basic salary," added Au.

With many of them being the sole breadwinners for their families back home, financial stress coupled with the movement restrictions took a massive toll on their mental health.

"In addition to confinement, in addition to worries about getting infected, getting cross infected by dormitory mates, they also had severe financial problems and they were really at a loss and being confined to the dormitories they could not even come out to get help," said Au.

"Many people, every month they need to send a fixed amount to their family. But suddenly he cannot send. They go into depression. And the main thing is money," said Sharif.

"I know a lot of workers like that who were worried about their payments, especially the salary. Company is not able to go back to work. So, no work means no income. But luckily the government supported us, they cancelled the levy," said Zilani. 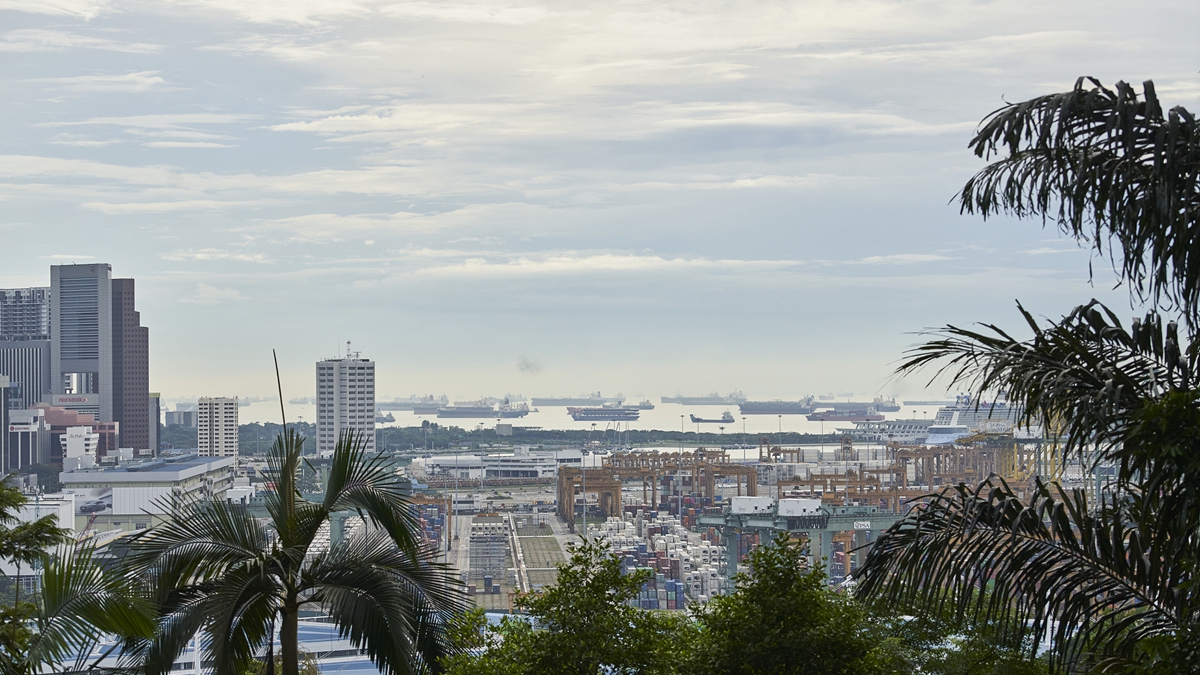 Container ships and bulk carriers offshore from the Port of Singapore in Singapore, on November 23, 2020. /Getty Images

Container ships and bulk carriers offshore from the Port of Singapore in Singapore, on November 23, 2020. /Getty Images

Apart from foreign worker levy waivers and rebates, the Singapore government also has set up a task force to boost mental health and provide support for migrant workers in need of help.

It is also working towards building new dormitories with amenities over the next few years to help reduce the density at existing dorms.

"It was a necessary decision. I think it is now well accepted wisdom that packing people in, in high density is just asking for trouble. We have seen COVID break out in prisons, in nursing homes, certainly in worker dormitories, not only in Singapore, it is also happening in Malaysia and it happened a lot in Qatar as well," said Au. 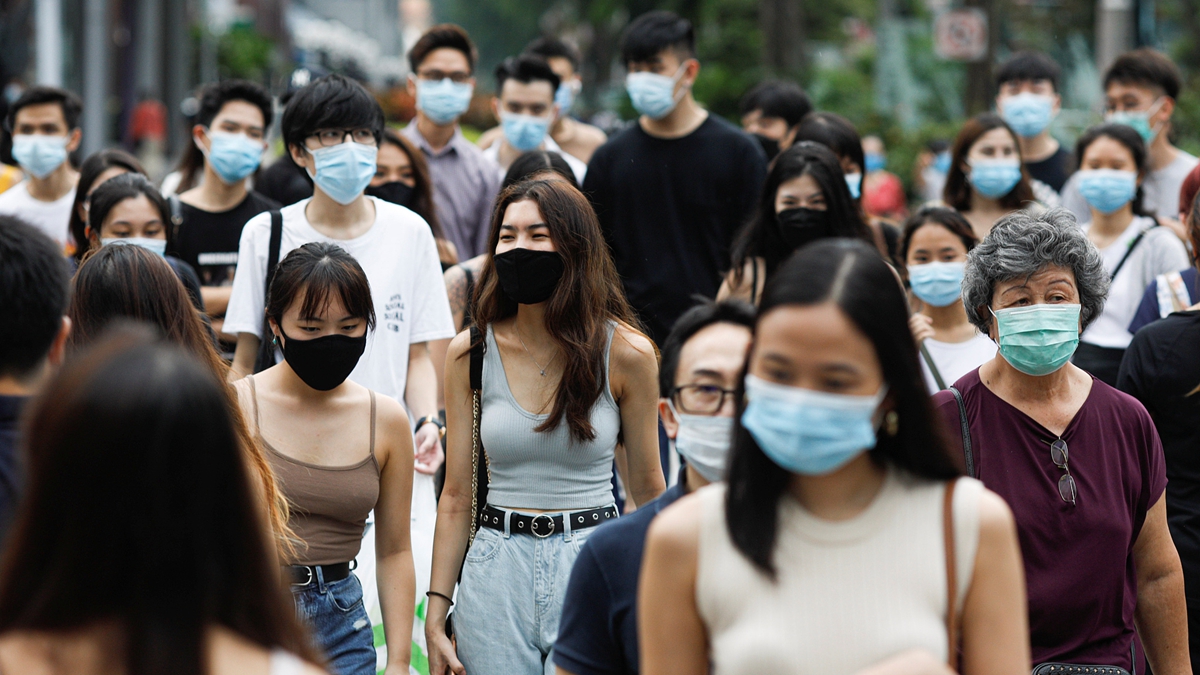 The government meanwhile has also announced that it is planning to allow migrant workers in some dormitories to return to the community once a month in a pilot scheme from the first quarter of next year.

This would however, be subject to compliance with routine testing and the use of government's contact tracing device or the mobile application.

Despite being among the worst affected, some of the low wage workers, especially those who have spent several years in Singapore, view the restrictions as a necessary evil.

"Even though I cannot go out, I cannot do my regular activities but still I can go do my work, I still have my job, I get my salary," said Zilani.

"This sacrifice is for everybody. If my dormitory gets locked down again, I have to serve another 14 days quarantine, now at least I can go to work. It's just some kind of mental relief and physical relief as well."

(Cover: Migrant workers at a worksite in Singapore. /CGTN)