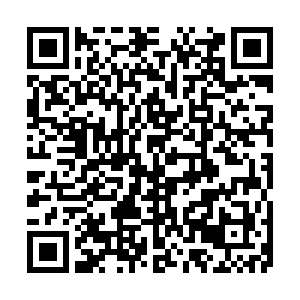 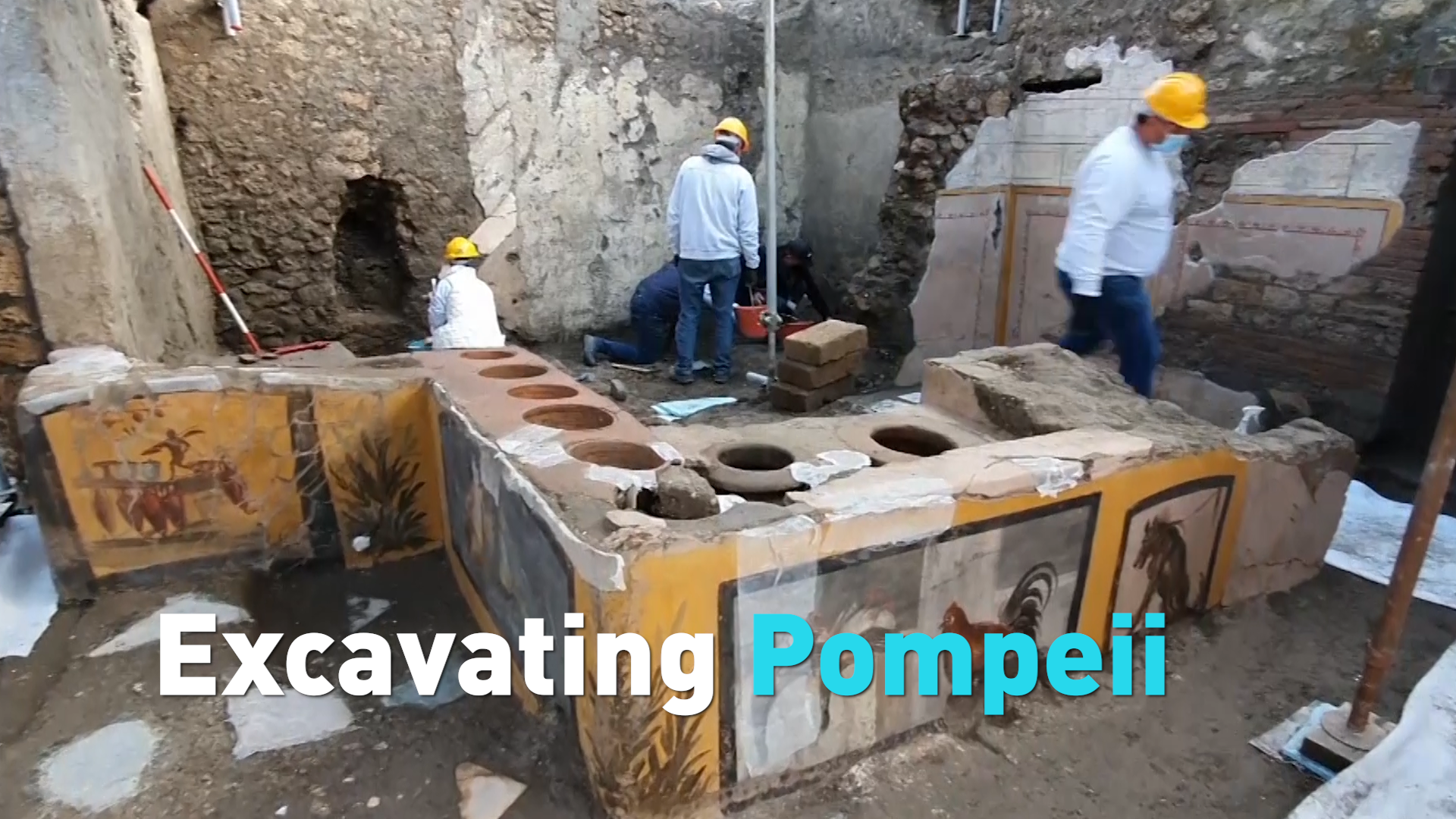 A fast-food eatery in Pompeii has been excavated, possibly revealing dishes that were popular among the residents of the ancient Roman city who loved eating out.

Pompeii Archaeological Park's longtime chief Massimo Osanna said Saturday that while some 80 such fast-foods have been found at Pompeii, it is the first time such a hot-food-drink eatery – known as a thermopolium – has been unearthed completely.

A segment of the fast-food counter was partially dug up in 2019 during work to shore up Pompeii's oft-crumbling ruins. Since then, archaeologists have kept digging, revealing a multi-sided counter, with typical wide holes on its top. The countertop held deep vessels for hot foods, similar to soup containers nestled into modern-day salad bars. 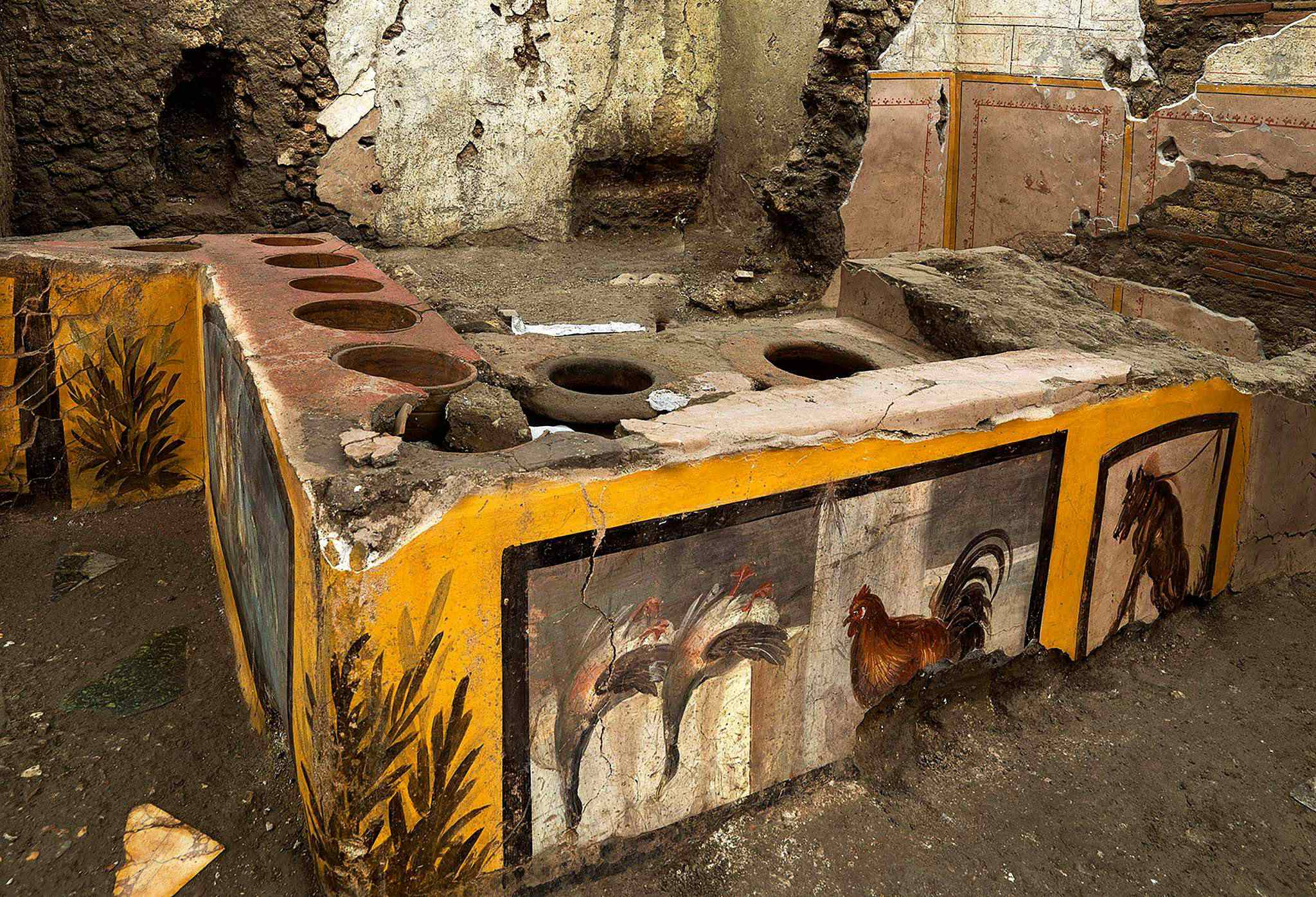 A thermopolium, a sort of street fast food counter in ancient Rome, decorated with polychrome motifs and in an exceptional state of preservation, has been unearthed in Pompei, Italy. /CFP

A thermopolium, a sort of street fast food counter in ancient Rome, decorated with polychrome motifs and in an exceptional state of preservation, has been unearthed in Pompei, Italy. /CFP

Biological experts are still analyzing remains from the site, with its counter frescoed with a figure of an undersea nymph astride a horse. Images of two upside-down mallards and a rooster, whose plumage was painted with the typical vivid color known as Pompeiian red, also brightened the eatery and likely served to advertise the menu.

Another fresco depicted a dog on a leash, perhaps not unlike modern reminders to leash pets. Vulgar graffiti were inscribed on the painting's frame.

Valeria Amoretti, a Pompeii staff anthropologist, said, "Initial analyses confirm how the painted images represent, at least in part, the foods and beverages effectively sold inside." Her statement noted that duck bone fragment was found in one of the containers, along with remains from goats, pigs, fish and snails. At the bottom of a wine container were traces of ground fava beans, which in ancient times were added to wine for flavor and to lighten its color, Amoretti said.

"We know what they were eating that day," said Osanna, referring to the day of Pompeii's destruction in 79 A.D. The food remains indicated "what's popular with the common folk," Osanna told Rai state TV, noting that street-food places weren't frequented by the Roman elite. 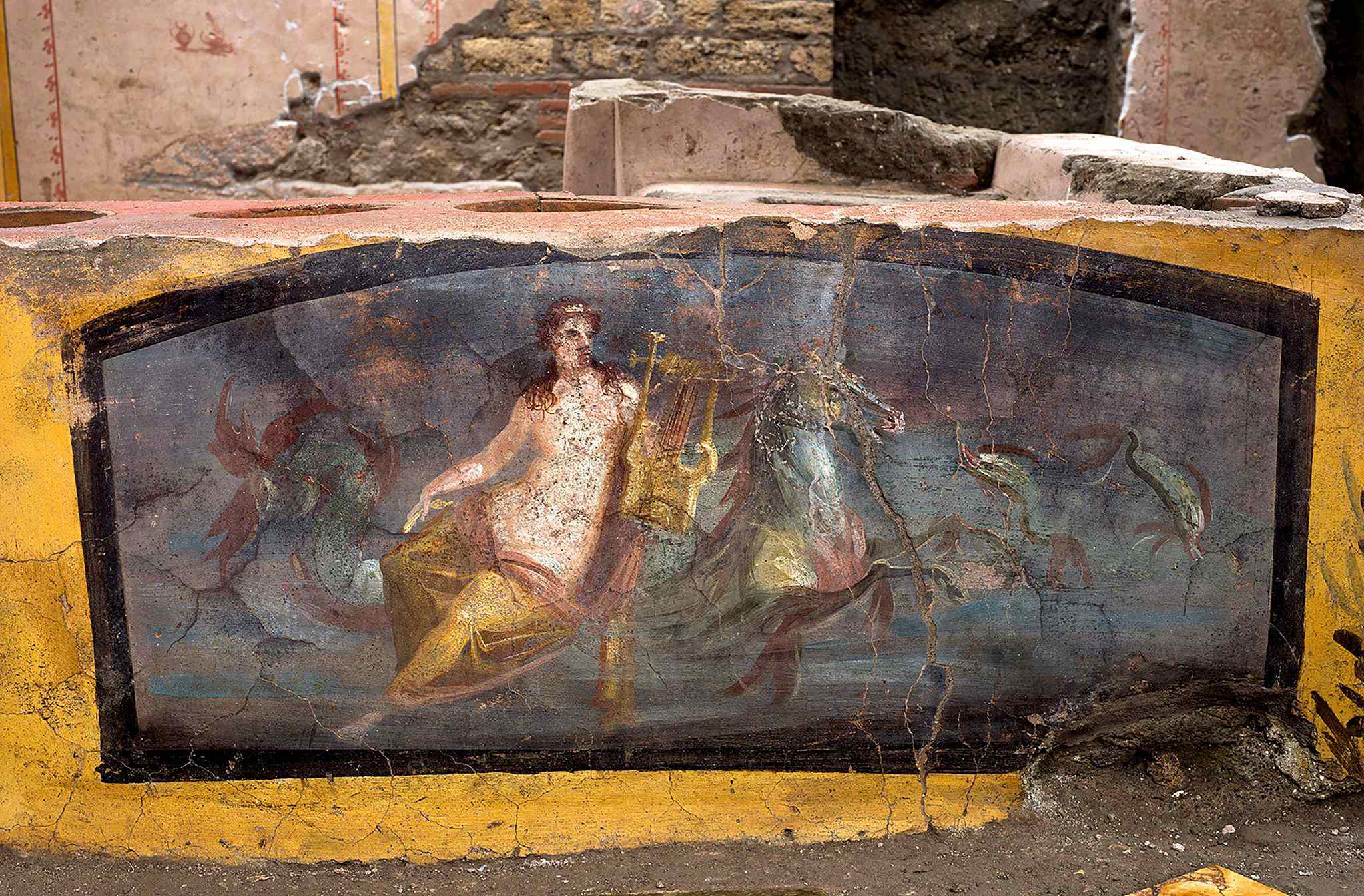 The counter frescoed with a figure of an undersea nymph astride a horse. /CFP

The counter frescoed with a figure of an undersea nymph astride a horse. /CFP

One surprise find was the complete skeleton of a dog. The discovery intrigued the excavators, since it wasn't a "large, muscular dog like that painted on the counter but of an extremely small example" of an adult dog, whose height at shoulder level was 20-to-25 centimeters, Amoretti said. It's rather rare, Amoretti said, to find remains from ancient times of such small dogs, discoveries that "attest to selective breeding in the Roman epoch to obtain this result."

Also unearthed were a bronze ladle, nine amphorae, which were popular food containers in Roman times, a couple of flasks and a ceramic oil container.

Successful restaurateurs know that a good location can be crucial, and the operator of this ancient fast-food seemed to have found a good spot. Osanna noted that right outside the eatery was a small square with a fountain, with another thermopolium in the vicinity.

Pompeii was destroyed by the volcanic eruption of Mount Vesuvius, which is near present-day Naples. Much of the ancient city still lies unexcavated. The site is one of Italy's most popular tourist attractions.

Human remains were also discovered in the excavation of the eatery.

Those bones were apparently disturbed in the 17th century during clandestine excavations by thieves looking for valuables, Pompeii authorities said. Some of the bones belonged to a man, who, when the Vesuvius volcano erupted, appeared to have been lying on a bed or a cot, since nails and pieces of wood were found under his body, authorities said. Other human remains were found inside one of the counter's vessels, possibly placed there by those excavators centuries ago.