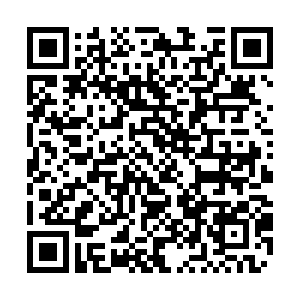 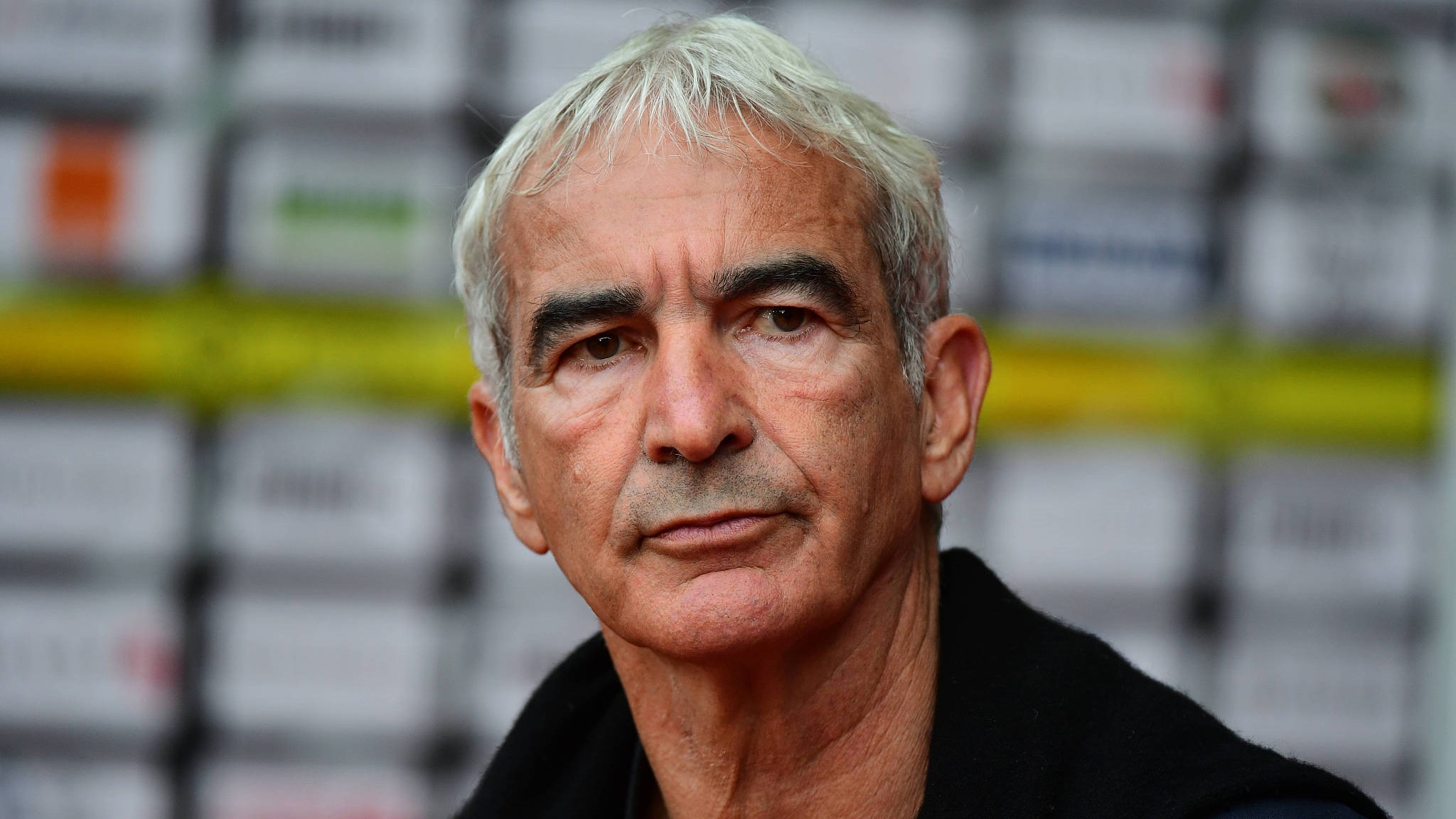 "I cannot wait to get to work with the staff and to do everything possible for the club to once again find a place worthy of its rank," said the 65-year-old.

The last time Domenech was in a management job happened 10 years ago with Le Blues and it was not pleasant. He started in 2004 and led France to the FIFA World Cup Final two years later in Germany. Though they lost the championship trophy to Italy on Zinedine Zidane's headbutting against Marco Materazzi and David Trézéguet's missed penalty kick, it could be considered as a glorious defeat. 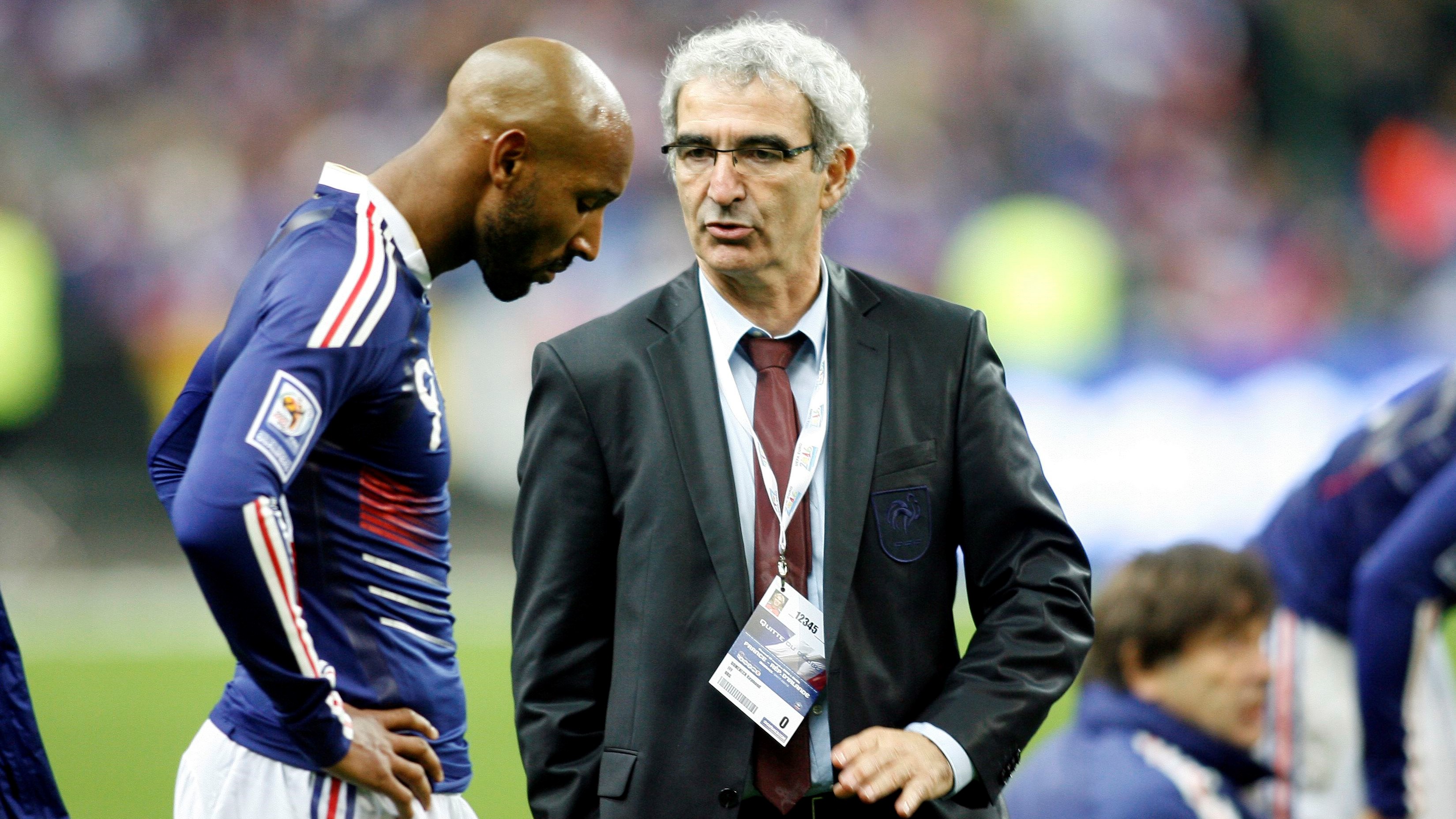 Domenech's luck seemed to have ended there. In the UEFA European Football Championship in 2008 France were in a tough group with the Netherlands, Italy and Romania. Le Blues failed to defeat Romania (0-0), lost to both the Netherlands (4-1) and Italy (2-0), exiting the tournament in such a humiliating way.

Another two years later, Domenech and his team went to South Africa to attend the World Cup. France were in Group A with Mexico, Uruguay and the host South Africa. Domenech's team again finished the contest without a single win – a 0-0 draw against Uruguay plus two losses to Mexico (2-0) and South Africa (2-1).

However, what happened in the French locker room almost destroyed Domenech's reputation. First, he had a fierce quarrel with Nicolas Anelka during the halftime break of the game against Mexico before Anelka was expelled from the team. In response, the rest of the team protested by refusing to take part in training. Patrice Evra first had a row with fitness coach Robert Duverne and then stormed off back to the team bus, followed by the rest of his teammates. 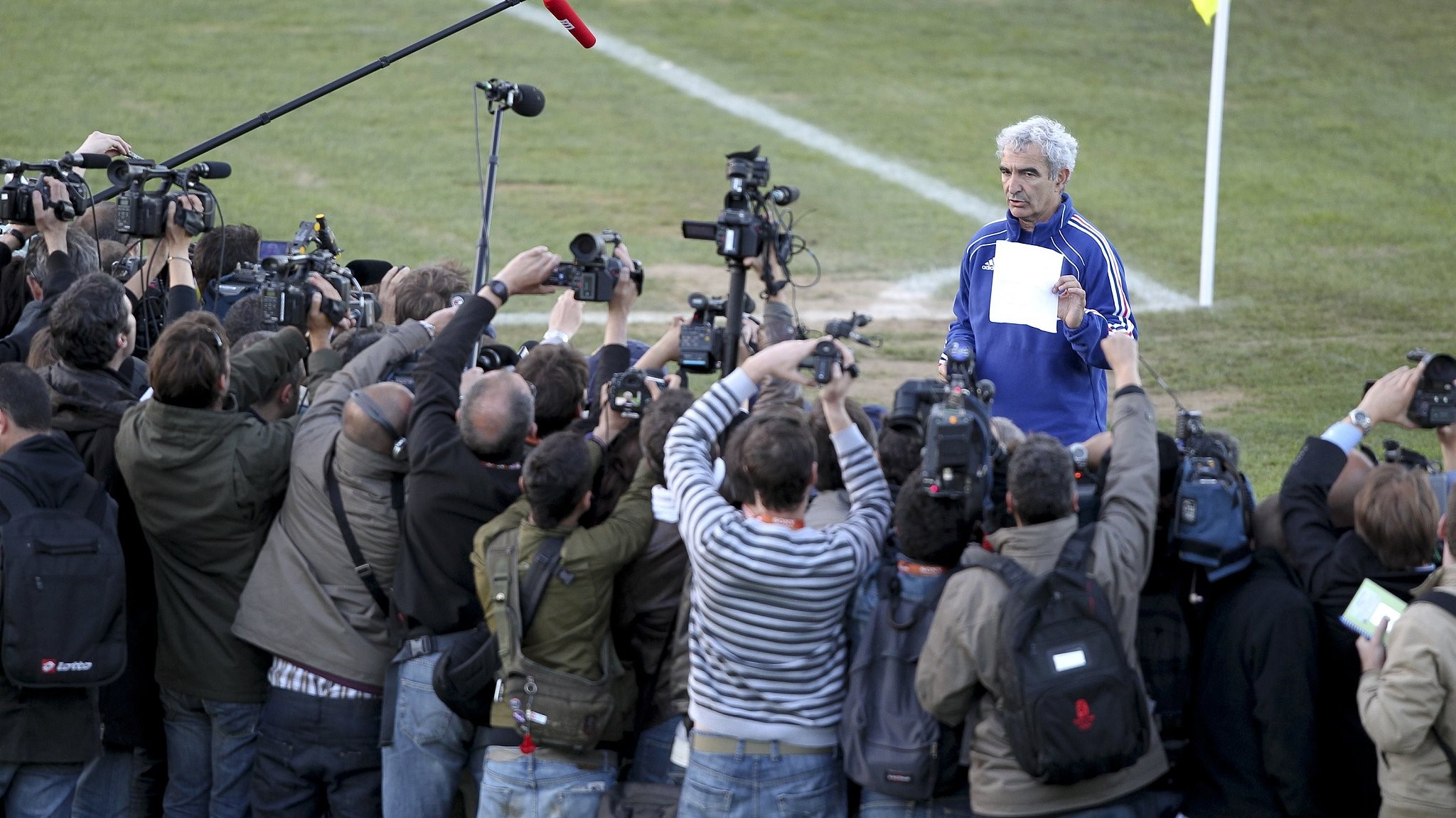 Raymond Domenech (R), manager of France, shows a letter by the rebelious players to the press during team practice in Knysna, South Africa, June 20, 2010. /CFP

Raymond Domenech (R), manager of France, shows a letter by the rebelious players to the press during team practice in Knysna, South Africa, June 20, 2010. /CFP

When the squad emerged again, they brought a letter for Domenech to read: "All the players without exception want to declare their opposition to the decision taken by the FFF to exclude Nicolas Anelka from the squad," Domenech read. "At the request of the squad, the player in question attempted to have dialogue but his approach was ignored. The FFF (Fédération Française de Football, French Football Federation) has at no time tried to protect the squad. It has made a decision (to send Anelka home) without consulting all the players, on the basis of the facts reported by the press."

That was called by many "the darkest hour in French football history." France packed up home after three group games. So did Domenech.

Nantes are currently No. 16 in Ligue one and have lost eight of their 17 games. They signed Domenech a short-term deal to replace Christian Gourcuff who was sacked in December.