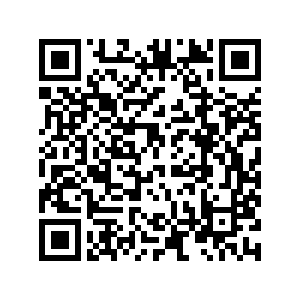 Sidelines is a column by CGTN’s Social Media Desk

My 2020 New Year resolution was to eat healthy and shed some extra kilos. Muffling myself up against the coronavirus wasn't on the agenda until late January when a semi-lockdown across China wrecked the Lunar New Year festivity.

The pressure of being threatened by an alien disease was mixed with the occasional ebullitions of festive fervor, leading to a binge-eating spree that put the resolution in jeopardy for the first time in 2020. Alas, it wasn't the last. Roughly in the same pattern that the pandemic abates and rears in Beijing, my exercise plan has been on and off with marginal success. Now that 2021 is around the corner, the season to prepare for a New Year resolution is upon me, again.

My 2020 manifesto undoubtedly turned sour. And the fact that I may tack it on to the 2021 agenda adds to it a tinge of shame and irony. The sensation, if I may say so, probably is not too dissimilar to the disappointment of Brexiteers who were promised a "quick divorce with the EU" and had been denied of it for four years, and some of Donald Trump's ardent supporters who are terrified by what they witnessed unfold during the final year of his presidency.

In a moment of frenzy such as a referendum, an election night or a New Year countdown, no impediment seems unsurmountable, no promise unfulfillable and no goal unreachable. Realities only sink in slowly later that the British National Health Service will not be 350 million pounds richer because of Brexit, Donald Trump didn't pay much taxes in contribution to a greater America, and chocolate bars, soft drinks and fried chicken wings are too alluring to swear off.

In the obsession with an "era-changing" moment's power to clean the slate or turn a new page, we conveniently overlook the fact that the coming of a new era is first the coming of another day. One second at the midnight of it cannot create a whole new universe exploding with hopes. It only sets the hoped-for changes in motion. Things that deserve a special treatment in your New Year resolution, of a referendum or in an election manifesto are bound to take more time to realize. If a simple task of keeping diet and exercising routinely can be demanding, the challenges of bigger affairs must surely not be underestimated.

The pandemic won't disappear overnight. Successful vaccine is only the beginning of the end. An uneven distribution of the resources around the world may delay the final victory. Donald Trump will soon leave the Oval Office but his influence as well as the impacts of his policies will persist (or endure, depending on which side you take about the incumbent POTUS). The "oven-ready divorce deal" with the EU promised by Boris Johnson is still pending lawmakers' approval of both sides (it's likely to go through the UK parliament before the New Year rings in).

New Year resolution's charm lies in that moment of suspension of doubt and unchecked optimism. After a particularly challenging year, it's not an easy question to answer whether we need to be bolder or more cautious with our 2021 New Year resolutions. It feels like partying with face-mask and social distancing: the carefree atmosphere is not there anymore, yet we still don't want to yield all the joy of life.

Maybe a little "cautious optimism" with New Year resolutions could help? Instead of making an imitative for the entire 2021, I can simply promise to myself to eat healthier for the first three months of 2021 and renew the plan from there if I succeed.