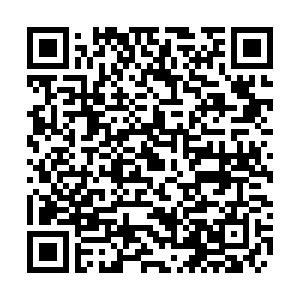 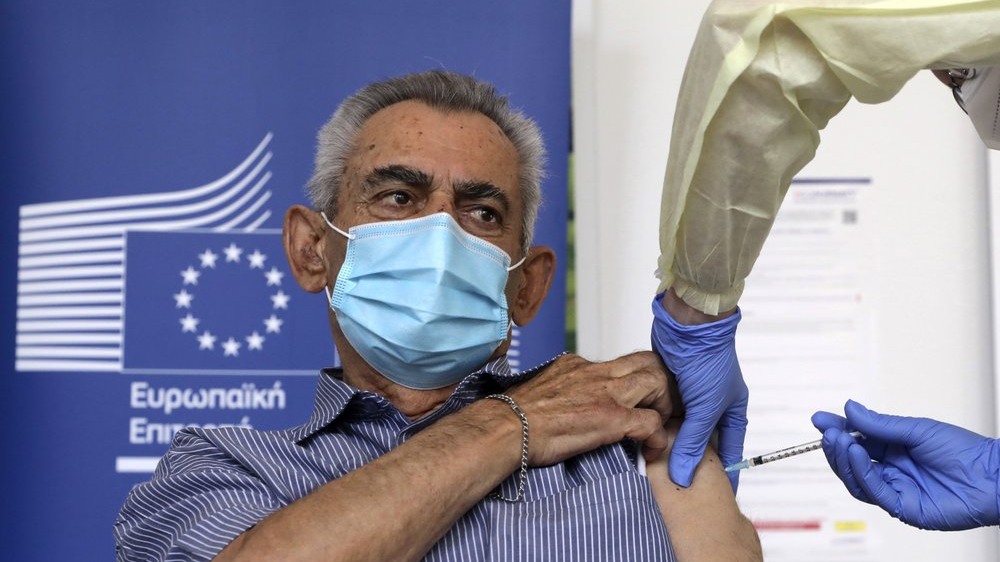 Andreas Raounas, 84, receives the Pfizer BioNTech vaccine against COVID-19 as the first patient in Cyprus to do so, at a care home in Nicosia, Cyprus, December 27, 2020. /AP

Andreas Raounas, 84, receives the Pfizer BioNTech vaccine against COVID-19 as the first patient in Cyprus to do so, at a care home in Nicosia, Cyprus, December 27, 2020. /AP

Doctors, nurses and the elderly rolled up their sleeves across the European Union to receive the first doses of the coronavirus vaccine Sunday, even as some remained sceptical about the speed at which the vaccines had been approved and were reluctant to get a shot.

Weeks after the U.S., Canada and Britain began inoculations, the 27-nation EU staged a coordinated rollout aimed at projecting a unified message that the vaccine was safe amid the worst health care crisis in a century.

Austrian Chancellor Sebastian Kurz called the vaccine, which was developed in record time, a "game-changer." "We know that today is not the end of the pandemic, but it is the beginning of the victory," he said.

"Today is a beautiful, symbolic day: All the citizens of Europe together are starting to get their vaccinations, the first ray of light after a long night," Italian virus czar Domenico Arcuri also told reporters.

The EU has secured contracts with a range of drugmakers including Pfizer and BioNTech, Moderna and AstraZeneca, for a total of more than 2 billion doses and has set a goal for all adults to be inoculated next year.

But many Europeans remain sceptical about the vaccines' safety. Surveys have pointed to high levels of hesitancy towards inoculation in countries from France to Poland, with many used to vaccines taking decades to develop, not just months.

"I don't think there's a vaccine in history that has been tested so quickly," Ireneusz Sikorski, 41, said as he stepped out of a church in central Warsaw with his two children.

"I am not saying vaccination shouldn't be taking place. But I am not going to test an unverified vaccine on my children, or on myself.”

Surveys in Poland, where distrust in public institutions runs deep, have shown fewer than 40 percent of people planning to get vaccinated for now. On Sunday, only half the medical staff in a Warsaw hospital where the country's first shot was administered had signed up.

In Spain, one of Europe's hardest-hit countries, German, a 28-year-old singer and music composer originally from Tenerife, also planned to wait.

"No one close to me has had it (COVID-19). I'm obviously not saying it doesn't exist because lots of people have died of it, but for now I wouldn't have it (the vaccine).”

The vaccine started arriving in super-cold containers at EU hospitals on Friday from a factory in Belgium. Each country was only getting a fraction of the doses needed – fewer than 10,000 in the first batches for some countries – with the bigger rollout expected in January when more vaccines become available.

The European Medicines Agency on January 6 will consider approving another vaccine made by Moderna, which is already being used in the United States.

Altogether, the EU's 27 nations have recorded at least 16 million coronavirus infections and more than 336,000 deaths, huge numbers that experts say still understate the true toll of the pandemic due to missed cases and limited testing.