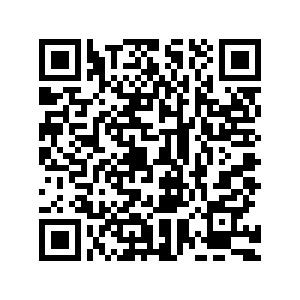 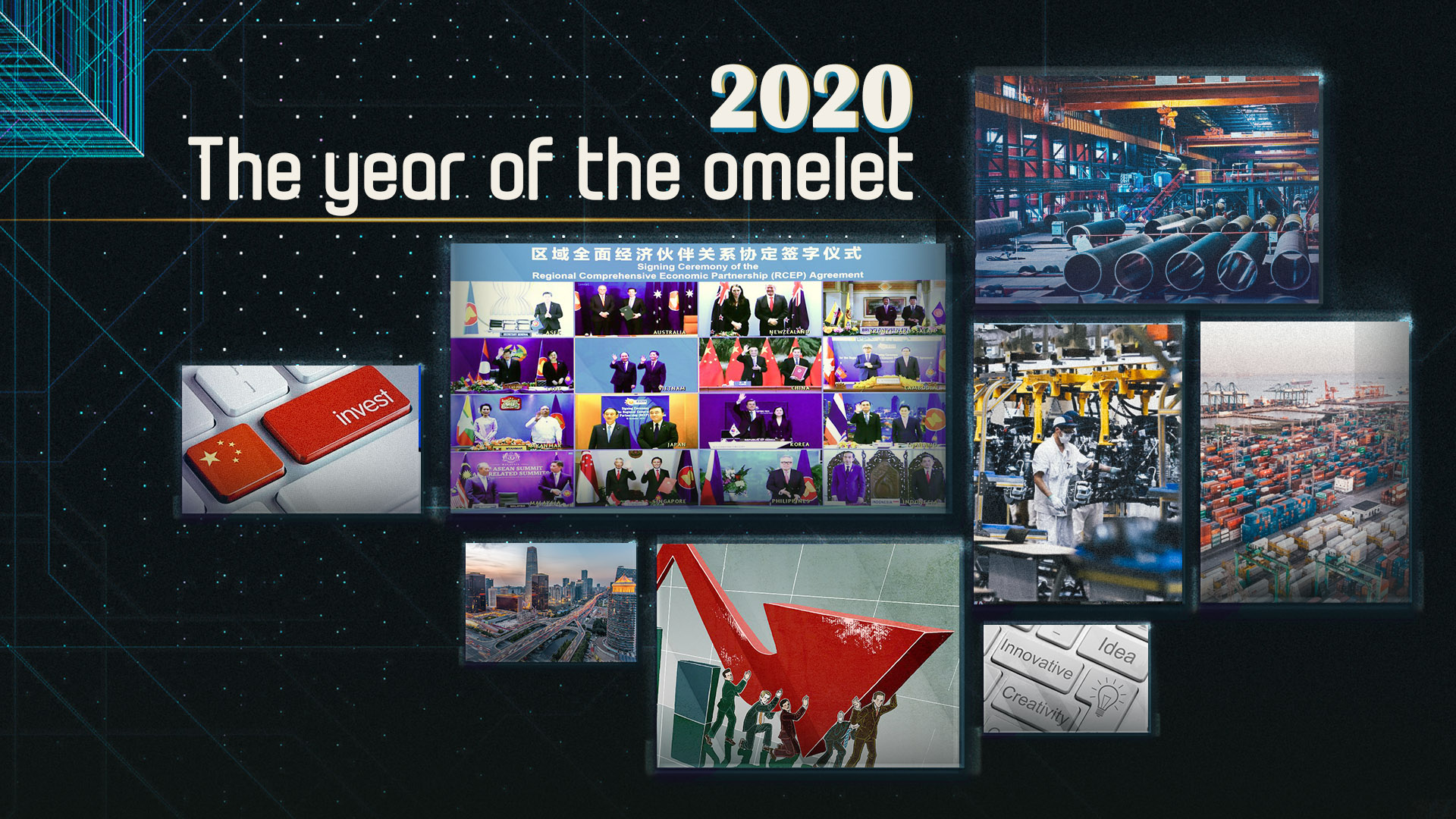 Editor's note: Millions of lives took a dramatic turn in 2020. As we move into a new year, it's time to look back at the most startling events over the past 12 months in China and beyond. The fifth piece in our year-end series focuses on the Chinese economy. Andy Mok is a research fellow at the Center for China and Globalization. The article reflects the author's opinions and not necessarily the views of CGTN.

It's often said that you can't make an omelet without breaking some eggs. The year 2020 may go down in history along with 2008 as the two milestone years when the fragile egg shells of certainty in the superiority and desirability of a world grounded on Western ideals of capitalism, political ideology and governance were finally and decisively broken. Moreover, China's role in the Regional Comprehensive Economic Partnership (RCEP) and its piloting of the digital yuan show a new way forward to a more global, inclusive, sustainable and prosperous future.

In 2008, the world suffered from a financial crisis that could be directly attributed to a dangerously dysfunctional and inadequately regulated financial system in the United States. According to Jerome Powell, chair of the Federal Reserve, "The financial crisis revealed important weaknesses in many areas of our financial system." However, the decisiveness, speed and scale of China's response not only mitigated the worst impact of the crisis on its domestic economy, but also provided a crucial lifeline for other economies around the world.

As a result, China was widely recognized for providing the crucial "heavy lifting" to support global demand at this critical juncture despite significant costs to its own competitive position as could be seen by a strengthening renminbi during this period and a decrease in GDP growth from more than 10 percent pre-crisis to less than 8 percent afterwards.

Similarly, 2020 was a year in which the political and governance systems of the West and China revealed vast differences in their ability to respond effectively to a global crisis.

Despite being the locus of the initial widespread outbreak of COVID-19 when little was known about this virus, China's resolute, swift and large scale response brought the pandemic quickly under control. In parallel, the government also took rapid action to mitigate the economic fallout. As a result, life in China has largely returned to normal and its economy will be the only one in 2020 that will record growth in the face of the worst global economic crisis in modern history. Meanwhile, in the United States, the pandemic still rages and continues to wreck public health, the economy and the public's confidence in American government and the principles on which it is run.

But China not only contained the pandemic within its borders, it has played an indispensable role in helping countries around the world, including the United States, keep themselves safe by providing critical supplies. According to the Peterson Institute for International Economics, China was the biggest exporter of personal protective equipment (PPE) before the pandemic and accounted for almost half the global supply of face mask, gowns and goggles. With the global spread of the pandemic, these numbers have skyrocketed, with PBS correspondent Patrick Fok reporting that some Chinese PPE suppliers experienced a 10-fold increase in sales volume in 2020.

At the beginning of 2020, there were a number of articles in the mainstream media citing research claiming that democracies are better equipped to handle pandemics and that COVID-19 would be China's "Chernobyl" moment. However, exactly the opposite turned out to be true, smashing these fragile eggshells of self-deception.

Not only has the pandemic revealed the effectiveness and resilience of China's system of governance, it has also accelerated technology-driven transformations in its economy and the deepening of China's regional partnerships that have set the stage for the realization of a community of shared future for mankind.

In 2020, two other events took place that will have historic importance for China's contribution to a more open, inclusive and prosperous world.

First, the RCEP agreement was signed on November 15. As the world's largest trade block, it will cover 30 percent of global trade, represent a similar percentage of global output and include 2.3 billion people, besides representing China's first trade agreement with Japan and South Korea. This will result in increasingly harmonized regulations and standards that will strengthen integration in the economically most vibrant part of the world.

Next, China has begun the rollout of the digital yuan, also known as digital currency/electronic payment (DCEP) in 2020. The potential impact of this has not been fully appreciated but is revolutionary. For example, DCEP provides the central bank with much greater visibility into economic activity and can significantly improve monetary and fiscal policy operations as well as make it easier to fight financial crimes including money laundering and terror financing.

The year 2020 revealed important differences between China's system and that of the West, and once unveiled they cannot be unseen. Also, China played a key role in RCEP and test-launched the digital yuan, thereby beginning a process that cannot be reversed, just as an egg cannot be unscrambled. And so we may look back on 2020 as the year of the omelet.