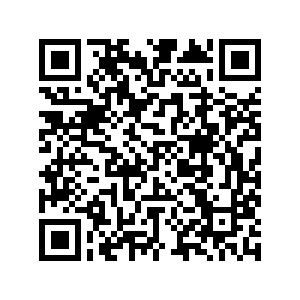 French fashion designer Pierre Cardin has passed away at the age of 98.

Cardin was known for breaking down the walls of the high fashion world by taking his designs to the middle classes, younger generations and markets around the world.

He died at a hospital in Neuilly, west of the French capital Paris, according to his family.

Born in 1922, Cardin showed an early interest in fashion, working as a clothier's apprentice aged 14. By his early 20s, he was head of Christian Dior's workshop.

In a sign of the entrepreneurial spirit that was to characterize his long life, Cardin set out on his own three years later, opening a boutique in Paris.

He was to become known for a love of geometric shapes and futuristic styles, many inspired by the Cold War "Space Race."

He designed for both men and women, shocking fellow designers by embracing ready-to-wear clothes.

Among his many celebrity fans were the Beatles, who sported his collarless jackets that broke the mold of traditional suits. He was also the first designer to put his logo on his clothes, a practice that is common today. By licencing his brand, he was able to cash in on myriad types of merchandise – but at the expense of the elite cachet jealously preserved by his peers in the luxury fashion world.

Many say he was the first designer to embrace ethnically diverse models and from the 1970s pioneered high fashion in countries including China, Japan and India, which had been previously ignored by other designers.

READ: IS OUR APPETITE FOR MEAT MAKING THE WORLD SICK?

In 2014, at the age of 92, he opened a museum of his designs in Paris, creating a permanent home for his avant-garde designs.

And he continued to work well into his late 90s in an office surrounded by books and articles about his fashion empire.