Download
Populism is never a solution to COVID-19
Straight Talk 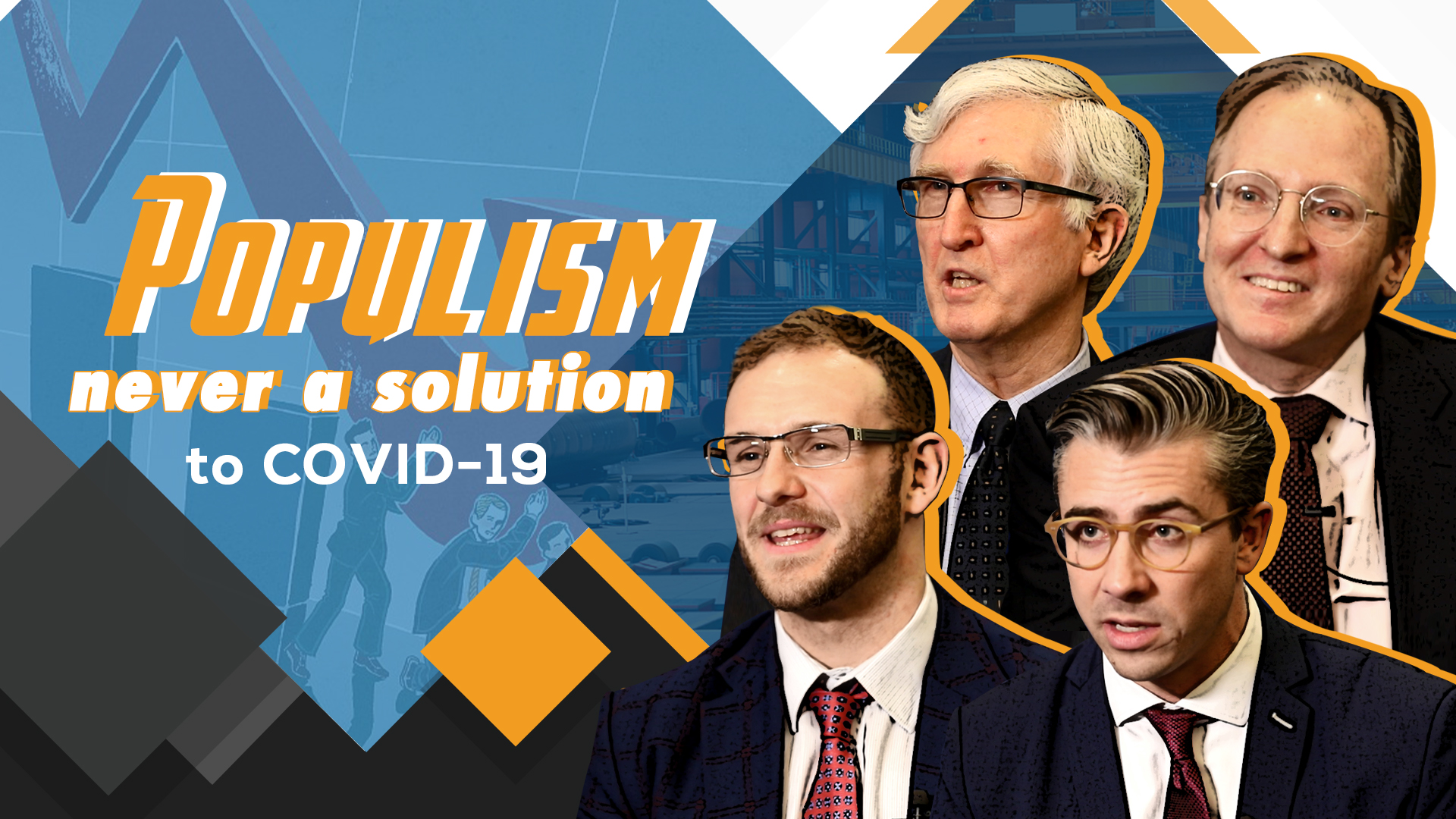 Editor's note: "2020: Opportunities from Adversity" is a special CGTN series dedicated to reviewing the most startling events of the past 12 months and how they will impact the future. The second episode is on the COVID-19 pandemic. Jonathan Woetzel is director of McKinsey Global Institute, Tim Stratford is former assistant U.S. trade representative for China affairs at the Office of the United States Trade Representative, Noah Fraser is managing director at Canada-China Business Council, and Steven Lynch is managing director of BritCham China. The article reflects the experts' opinions, and not necessarily the views of CGTN.

Will the virus kill globalization? Some populists believe and hope so. It's true that people are physically more distanced, but does this really mean the death of globalization?

However, a rise in populism is impeding this process. As the world is struggling to trade, populists are enthusiastically touting nationalism, new barriers and decoupling.

"Theoretically, you could decouple, but it would require such a huge disruption in supply chains that it would have a real negative impact on the global economies and be very, very costly," said Tim Stratford, former assistant U.S. trade representative for China affairs at the Office of the United States Trade Representative.

The huge economic sacrifice hasn't deterred populists from their pursuit. In fact, globalization had started to retreat even before the pandemic.

Just take a look at Chinese tech giant Huawei, which several countries have sought to block.

"I can say from experience that companies like Huawei are trying very hard to integrate in the West," said Noah Fraser, managing director at Canada-China Business Council. "I think that in Canada we have a lot of jobs that have been invested in from Huawei. We have over 1,200 positions in Canada, so 1,200 mouths are being fed by Huawei in Canada every year. And this number is continuing to grow."

A ban on Huawei means job losses, soaring telecommunications costs and delayed 5G dividends. But for Western protectionists, these consequences pale in comparison with the need to contain the country they deem to be a threat. And a similar fate befell Japanese companies decades earlier.

Politics should pave the way for economic growth. But in some countries, it is played at the cost of economics. And populist sentiment arises in this context.

It's true. China is the first economy to recover from the pandemic. Its willingness to shield political divergences and cooperate is the key.