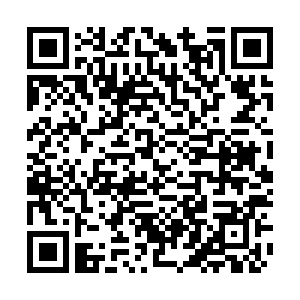 The Committee emphasized that Tibet has made great social and economic achievements and that the right to freedom of religious belief for all ethnic groups in Tibet is well protected by China's Constitution and laws.

"Some politicians in the U.S. Congress have ignored these objective facts and maligned China's Tibet-related policies, fully exposing the intention to use Tibet-related issues to interfere in China's internal affairs and hold back China's development," the committee said in a statement.

It also slammed other China-related negative content and clauses regarding Hong Kong, Taiwan and Xinjiang in the U.S. bill.

The legislature of the Tibet Autonomous Region on Wednesday also expressed strong indignation.

"The U.S. act maliciously distorts Tibet's social development, makes groundless accusations, denigrates China's ethnic and religious policies, and interferes in the normal reincarnation procedure of living Buddhas under the pretext of human rights and religion," it said in a statement.

"People in Tibet know better than anyone else the region's development and religious freedom situations, while the United States is not entitled to be a judge or preacher."

The nongovernmental China Association for Preservation and Development of Tibetan Culture also decried the U.S. act and blasted accusations regarding human rights in Tibet in the bill as groundless.

"The acts of some U.S. politicians are extremely clumsy and their plots to contain China under the excuse of some topics are doomed to fail," it said in a statement published on Wednesday.

At a press conference on Wednesday, Zhu Fenglian, spokesperson for the State Council Taiwan Affairs Office, also objected to the U.S. bill that includes "negative" content about Taiwan.

Taiwan affairs are China's internal affairs, Zhu said, adding that attempts by the island's Democratic Progressive Party (DPP) to seek "Taiwan Independence" through the U.S. are doomed to fail.