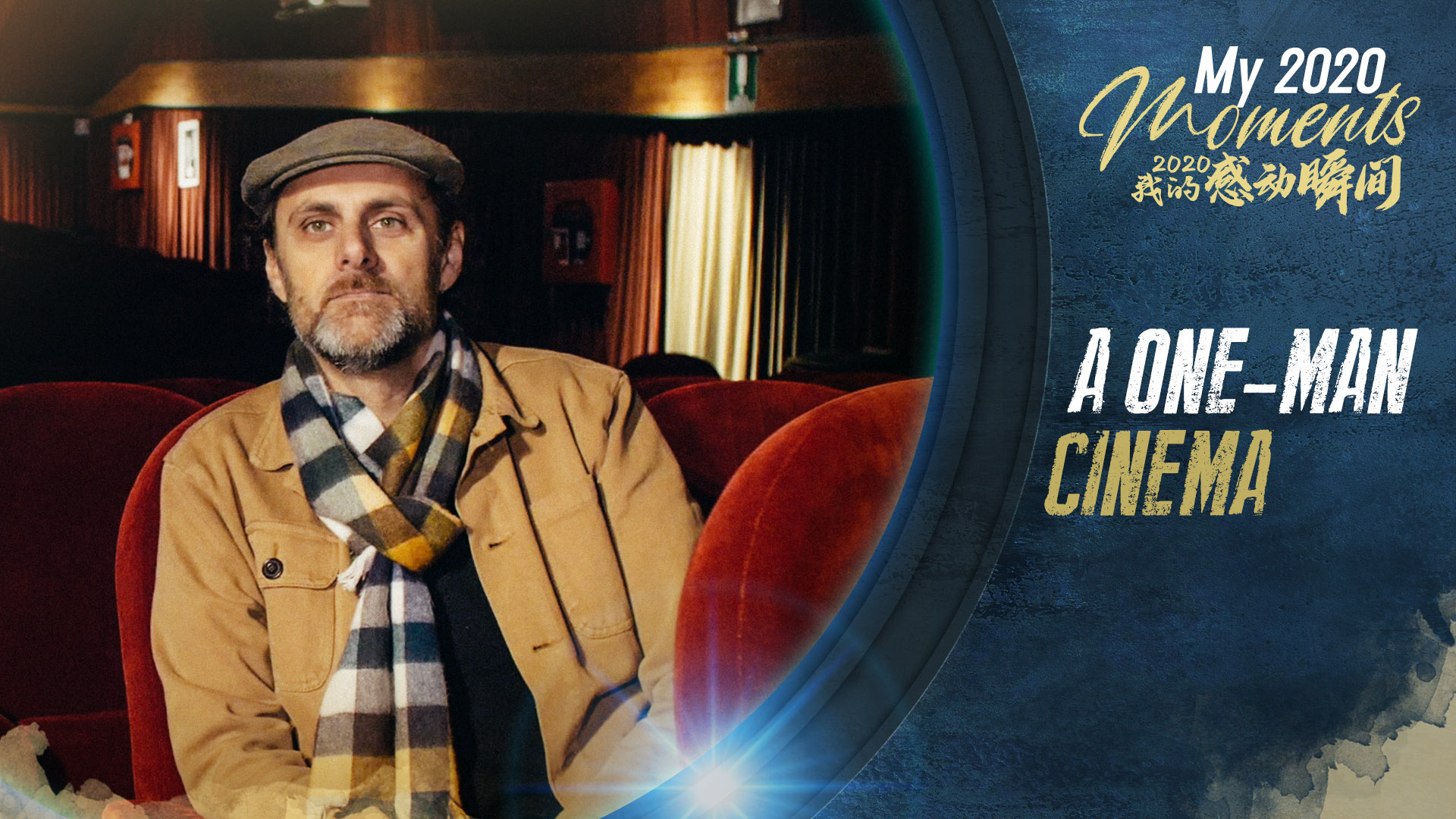 Editor's note: 2020 will soon be over, even though it feels like it's been going on for a decade. This year has had so many world-changing events, and there is no simple way to sum it up. But when faced with the very worst, there were ordinary people who remained positive, optimistic and energetic. There was also courage, sacrifice, heroism and hope, which made up the touching moments of 2020. CGTN Global Stringer invited people from different countries to share their heartwarming stories.

While theaters in Bologna were closed, a cinema owner continued to walk into the movie theater every day, turn on a film and watched a single movie. The ordinary act was a symbol of ordinary life – and with it the hope that ordinary life can and will continue in the middle of a pandemic.

This moment and others are part of the collection of stories Italian photographer Andrea Savorani Neri witnessed during his time in an Italy under lockdown.

Neri left his home in Paris and travelled to Italy for a 15-day project in April. But due to the coronavirus outbreak, flights were canceled and Italy went on lockdown, forcing him to stay. Neri started to record stories in Bologna, interviewing and filming a diverse group of people including medical staff as well as ordinary individuals affected by the pandemic.

Neri described 2020 as "one of the most intense years" of his work and is hoping to be able to cover stories outside of the pandemic in the coming year.