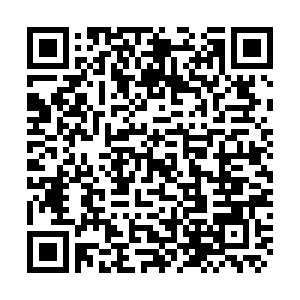 A Union Jack design face mask is seen for sale in the window of a shop amid the outbreak of COVID-19 in Manchester, UK, December 26, 2020. /Reuters

A Union Jack design face mask is seen for sale in the window of a shop amid the outbreak of COVID-19 in Manchester, UK, December 26, 2020. /Reuters

The UK government needs to impose tighter lockdown curbs to avert a fresh wave of deaths from a new variant of the novel coronavirus, a leading epidemiologist said on Tuesday.

The UK government came under pressure on Tuesday to tighten restrictions as it announced a record 24-hour high of new infections, up sharply from the previous record of 41,385 set on Monday, with hospitals having more COVID-19 patients than during the first wave of the pandemic in April.

"We are entering a very dangerous new phase of the pandemic, and we're going to need decisive early national action to prevent a catastrophe in January and February," Andrew Hayward, professor of infectious disease epidemiology at University College London, told the BBC.

More than 71,000 people in Britain have died within 28 days of a positive test for the disease.

Britain introduced a new level of tighter restrictions in parts of England on December 19, shutting down non-essential retail and mostly banning people from meeting in person, because of a new variant of the coronavirus that seems to be infecting people more easily.

A week later, it extended the restrictions to a larger area, covering almost half of England's population. But the government has so far resisted reimposing a new nationwide lockdown.

Schools in England are due to reopen for many pupils on January 4. Hayward said that from a purely epidemiological point of view it would make sense to keep them closed longer, but difficulties poorer pupils had learning online meant curbs on other areas of public life might be preferable.

Authorities in Scotland, Wales and Northern Ireland set their own policies on schools and measures to combat COVID-19. 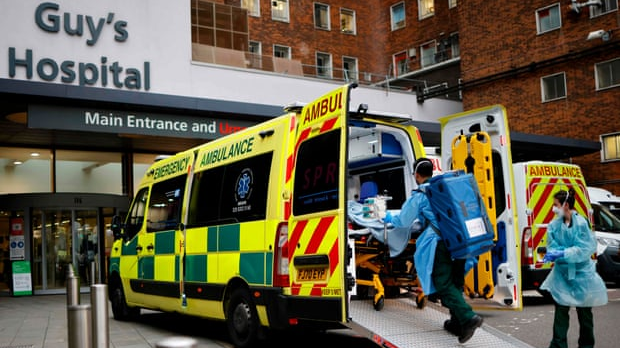 A patient is taken from an ambulance parked outside Guy's Hospital in London, UK. /AFP

A patient is taken from an ambulance parked outside Guy's Hospital in London, UK. /AFP

Nations around the world are struggling with surges in infections that have pushed the global cases over 81 million and killed more than 1.78 million, according to the latest data from Johns Hopkins University. What's worse, the new strain has spread as far as Chile and India, even as more countries started mass vaccination campaigns.

More than 300 cases of the new variant have been recorded in South Africa, which imposed a raft of new measures on Tuesday. The government banned the sale of alcohol and made masks compulsory in public after it became the first African country to record 1 million cases.

The U.S. on Tuesday reported its first case of the new coronavirus variant in Colorado. The variant was found in a man in his 20s who is in isolation southeast of Denver in Elbert County and has no travel history, state health officials said. Colorado Politics reported there is a second suspected case of the variant in the state. Both of the people were working in the Elbert County community of Simla. Neither of them are residents of that county, expanding the possibility of the variant's spread throughout the state.

Chile on Tuesday became the first Latin American country to detect the new strain, in a woman who returned to the country from Madrid after traveling to Britain and Dubai. Health authorities responded by announcing that from December 31, everyone arriving in Chile would have to spend 10 days in quarantine.

The United Arab Emirates said it had also detected the new strain, with a government spokesman saying the "limited cases" were all from "people coming from abroad."

India, with the second-biggest caseload in the world, also reported detecting the new coronavirus strain, but officials said pandemic guidelines have not changed because of it.

The European Center for Disease Prevention and Control warned on Tuesday that the risk is high that the newly discovered coronavirus variants could cause even more deaths and further strain healthcare because of "increased transmissibility."