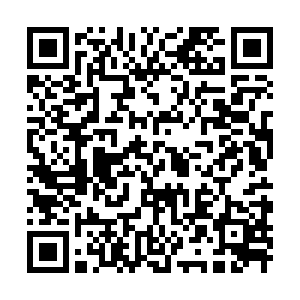 He stressed that since the third Plenary Session of 18th CPC Central Committee, the CPC central committee has broken mental shackles and vested interests with great determination and proactively addressed challenges brought by external environment changes.

Xi said that deepening overall reform has achieved historical achievements as a general framework for reform has been established in various fields and many fields have realized systematic reshaping and overall reconstruction.

"We promoted reform, put people at the center, and adhered to the combination of strengthening the leadership of the Party and respect for the people's originality," said Xi.

He added that they must continue to focus on "the most pressing, most immediate issues that concern the people the most to promote reform and constantly enhance the people's sense of fulfillment, happiness and security, which has stimulated the creativity of the whole society."

The Chinese president also highlighted that the reform so far represents a profound change in thought. He noted that the Central Committee has given resounding answers to key questions for why and how overall reform can deepen in the new era.

"This is a profound change in the organization of reform," said Xi, adding that the efforts have been made to strengthen the Party's centralized and unified leadership to deepen overall reform.

According to Xi, the reform also witnesses a profound change in the national system and governance system. He said the main line of institution building is always highlighted during reform.

Calling the building of institutions critical to China's reform process, Xi said institutions has helped China cope with the epidemic, complete the building of a moderately prosperous society in all respects, win the battle against poverty, implement the 13th Five-Year Plan and push forward the economic work throughout the year.

Xi stressed that there are many complex contradictions and problems on the road to reform, urging the Party to overcome the remaining difficulties.

Xi also highlighted the need to deepen reform while fending off and defusing major risks. "On the basis of a comprehensive assessment of the current situation, we should make planning scientific plans on reform's timing, manner and rhythm, to advance the reform steadily and endure in the long run."

He also urged for strengthening the incentive mechanism, fully mobilizing the enthusiasm, initiative and creativity of all parties to promote reform in the new development stage.