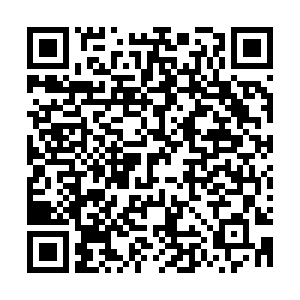 In his message to Putin, Xi spoke highly of the cooperation between the two countries in the fight against the COVID-19 pandemic, saying that the upcoming year has a special meaning for bilateral ties.

Xi said 2020 was "extraordinary" in terms of the development of bilateral ties.

He noted that the two countries opened the China-Russia Year of Scientific and Technological Innovation, jointly celebrated the 75th anniversary of the victory of the World Anti-Fascist War as well as the founding of the United Nations, pushed forward bilateral cooperation on the economy and trade despite the virus outbreak and made progress in projects under "the Belt and Road Initiative."

The Chinese president applauded the countries' exchanges on bilateral ties and major issues in international affairs, adding he is willing to maintain close exchanges with Putin to continue deepening comprehensive strategic coordination and pragmatic cooperation, and bring more benefits to the Chinese and Russian peoples.

China and Russia, with firm determination to defend international fairness and justice, have made great contributions to building a new type of international relations and a community with a shared future for mankind, he added.

Xi described 2021 as a special year for the two countries as it also marks the 20th anniversary of the signing of China-Russia Treaty of Good-neighborliness and Friendly Cooperation.

Putin echoed Xi's words in his congratulatory message and expressed willingness to step up the China-Russia comprehensive strategic partnership of coordination and enhance cooperation in global affairs.

Noting the two countries will celebrate the 20th anniversary of the signing of the treaty, Putin said he hoped the two sides will achieve greater progress in the coming year.

Li reviewed the results achieved by the two sides in the past year while calling for joint efforts to push forward the bilateral cooperation to a higher level in the coming year.

Wang said he will continue to maintain close communication with Lavrov in various forms, fully implement the consensus reached by the two heads of state, further deepen comprehensive strategic cooperation in the new era, make joint efforts to safeguard the common interests of both sides, and inject new impetus into building a new type of international relations and a community with a shared future for mankind.