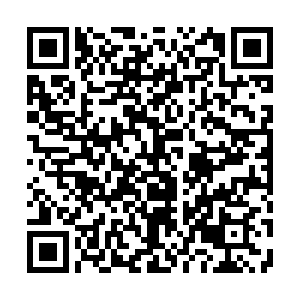 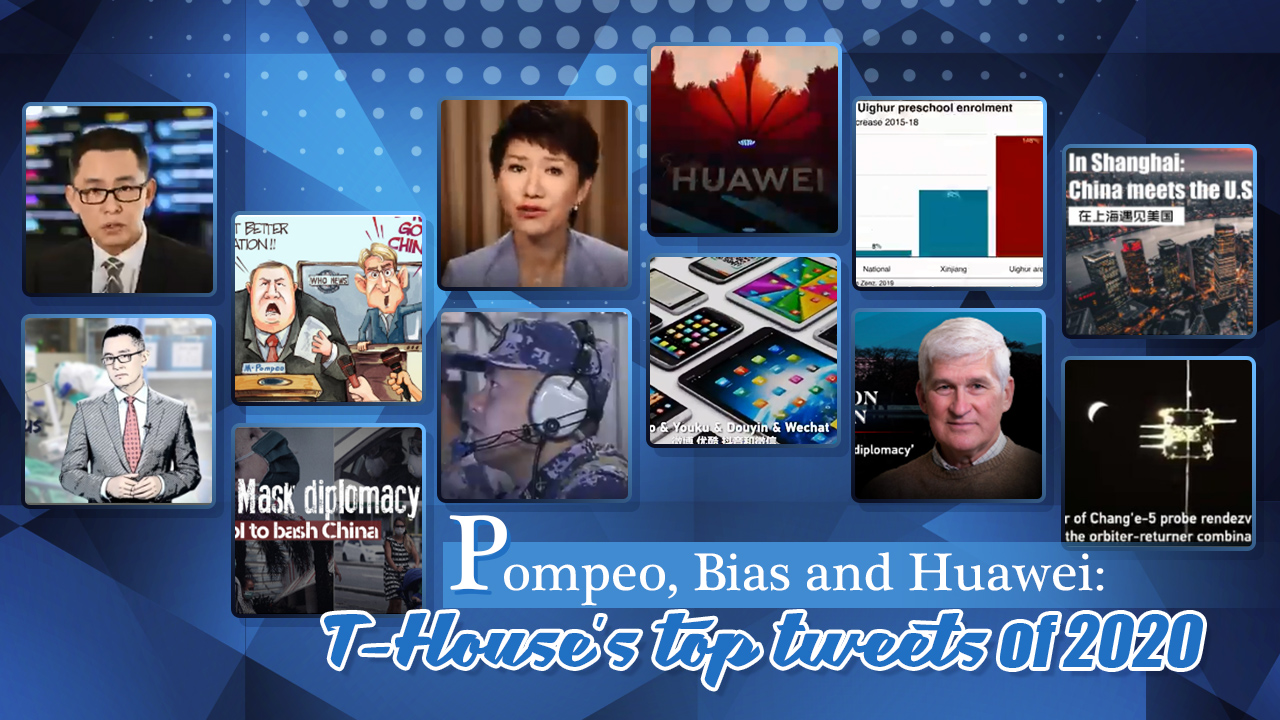 2020 has been a hard year. Millions of lives were lost as a result of COVID-19. Solidarity is essential in a global crisis. To defeat the virus, countries across the globe donated much-needed medical supplies to China at the early stage of the epidemic. When cases outside China surged, the country reciprocated with facial masks, PPEs and ventilators.

While most of the world is united in the fight, there are still certain countries wasting time on political games. To divert public attention from their failed COVID-19 response, some U.S. politicians are deliberately misrepresenting Chinese tech giant Huawei, telling lies on the state of human rights in northwest China's Xinjiang Uygur Autonomous Region and even blaming China for the novel coronavirus.

T-House is dedicated to reporting, explaining and analyzing these ups and downs. It has posted more than 4,000 tweets in the past 365 days, covering the virus, Huawei, Xinjiang, China's anti-poverty fight and much more. On the last day of 2020, we look back at the T-House tweets which received the most impressions in each of the past 12 months. 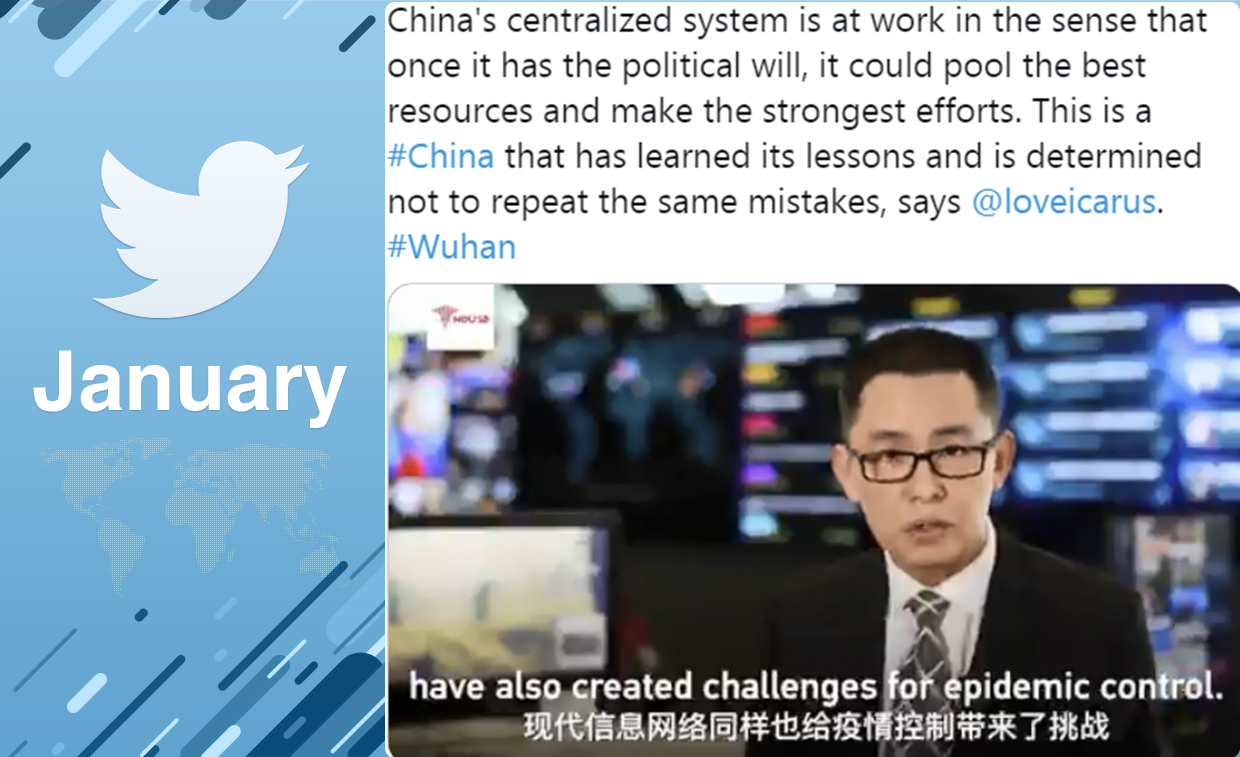 Since the first confirmed case of COVID-19 in central China's Wuhan City, the country has taken a top-down approach to contain the virus. The state machinery was mobilized and medical supplies and personnel from across the country were promptly dispatched to Wuhan, the epicenter of the epidemic at that time. China's centralized system ensures that best resources are best utilized in a crisis. China learned its lesson from SARS in 2003, and is determined not to repeat the old mistakes. 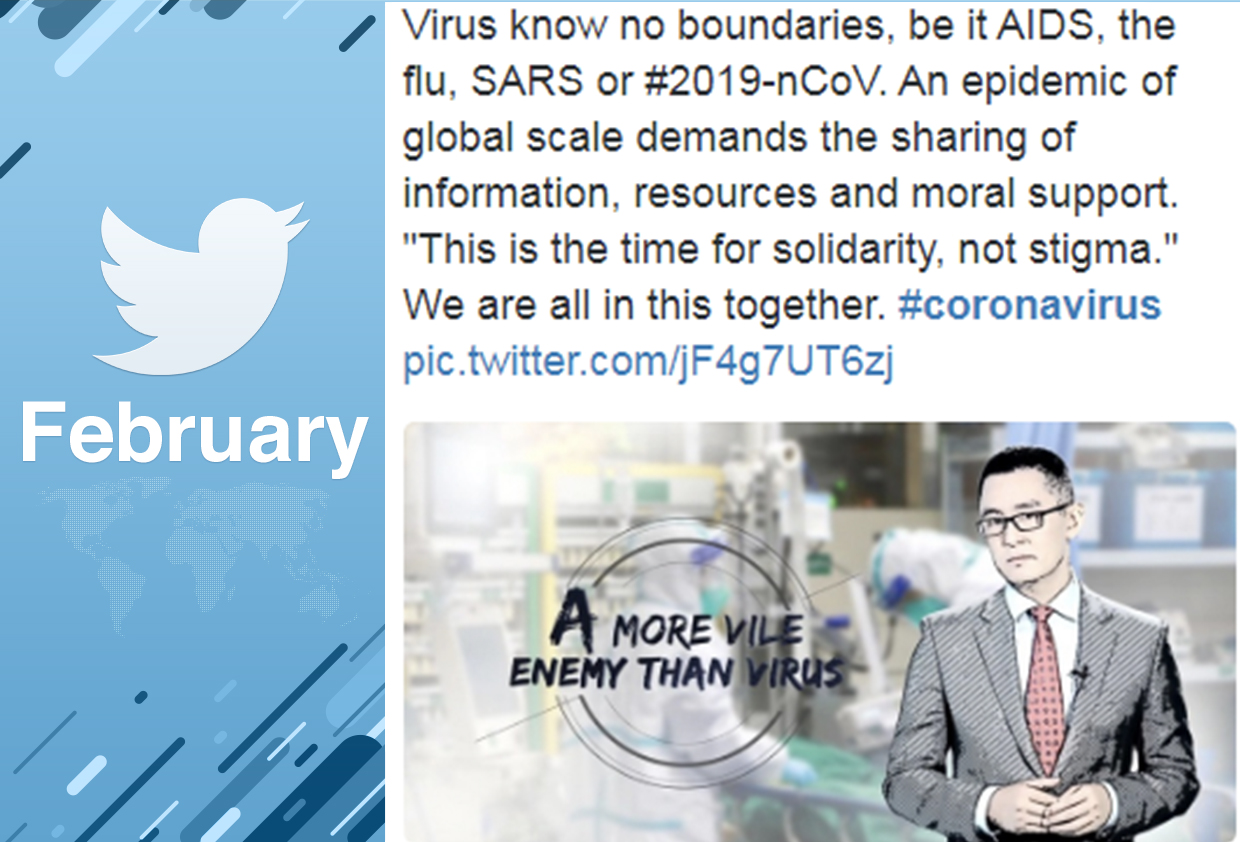 Wuhan, a city with a population of 11 million, was locked down on January 23 as a result of COVID-19. People's fear of the virus was however turned into bias against people from Wuhan and China. Discriminatory remarks and policies against China were often seen in the West. History proves that discrimination takes its toll. The incentive to turn against each other hurts everyone in a connected world. 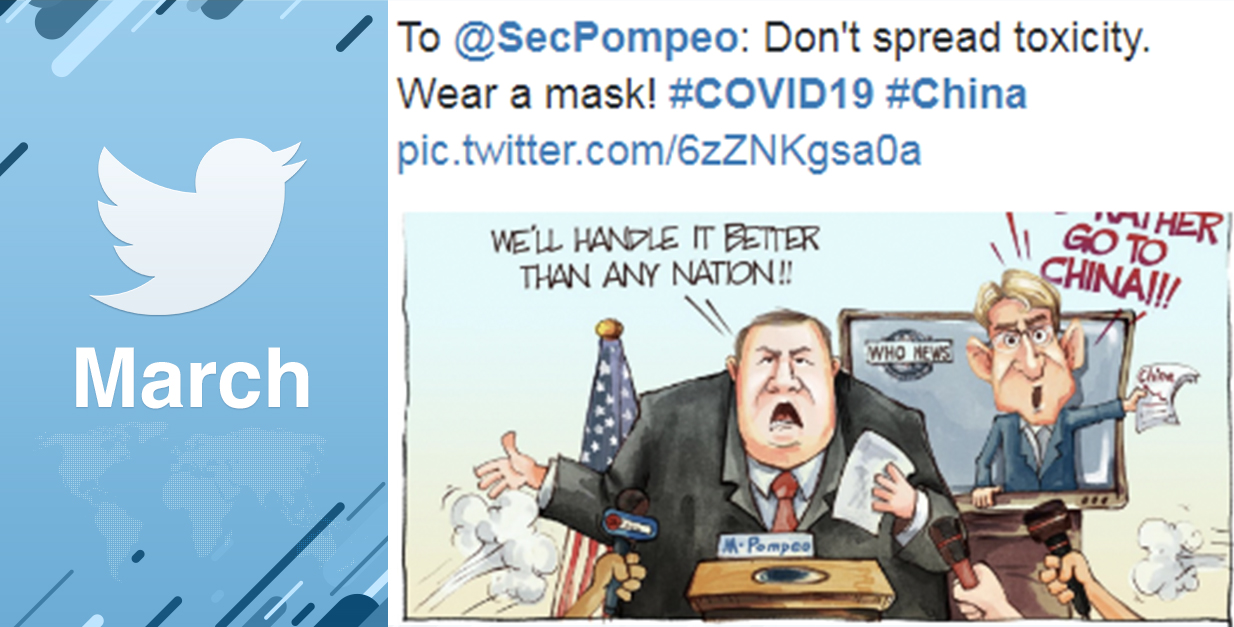 Despite the WHO's warning against discrimination, U.S. Secretary of State Mike Pompeo repeatedly called COVID-19 the "Wuhan virus." He bragged that the U.S. would handle the pandemic better than any nation. Ironically, the U.S. has turned out to be the worst-hit country. Instead of spreading toxicity, American politicians should learn to wear a mask. 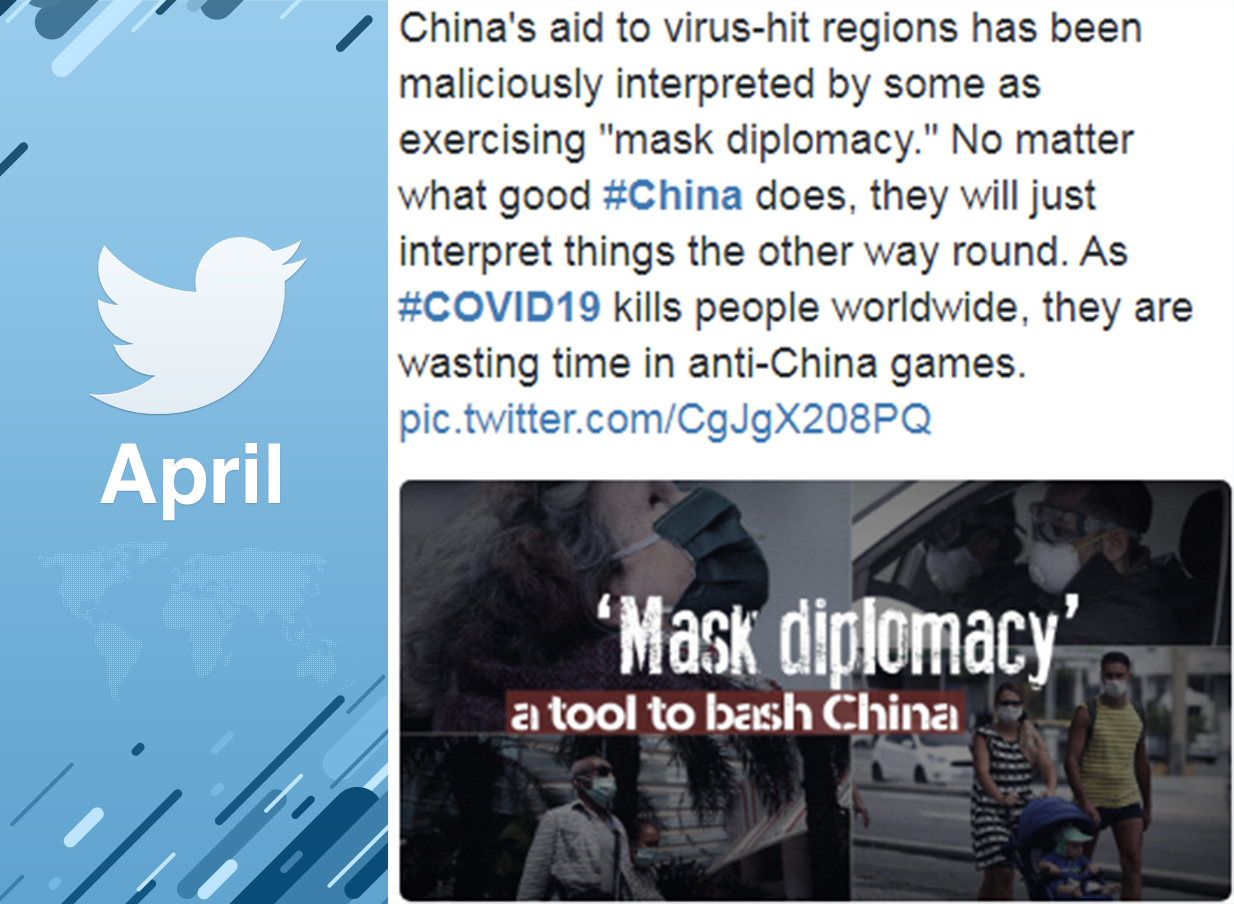 By April, China had provided assistance to 120 virus-hit countries and four international organizations. But the goodwill was sometimes interpreted as "mask diplomacy" and an attempt to project soft and sharp power in assisted countries. This fight requires solidarity, but for some Westerners, bashing China, a country they deem as a threat, carries more weight than protecting lives. As COVID-19 kills people across the world, they are wasting time in a political game.

Evidence suggests that COVID-19 existed elsewhere in the world before China reported its first case. Many questions need to be answered on the origins of the virus. But some American media outlets report the issue in a matter-of-fact manner, suggesting that China is to blame for the pandemic. The world needs to go all the way to the bottom of the truth. 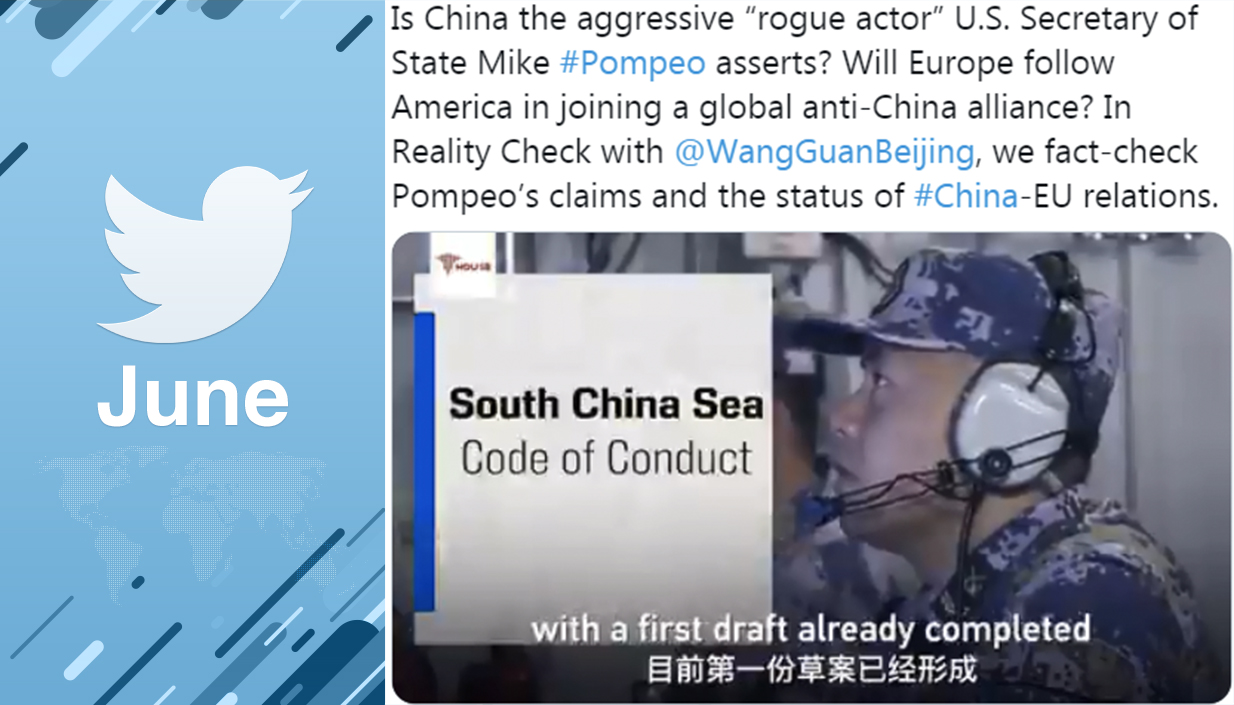 U.S. Secretary of State Mike Pompeo asked Europe to form a global anti-China alliance at the Copenhagen Democracy Summit in June. To his disappointment, the EU pledged further engagement and cooperation with China. For the EU, a slow and dangerous breakdown of state institutions and democratic principles, not China, is a threat to democracy. 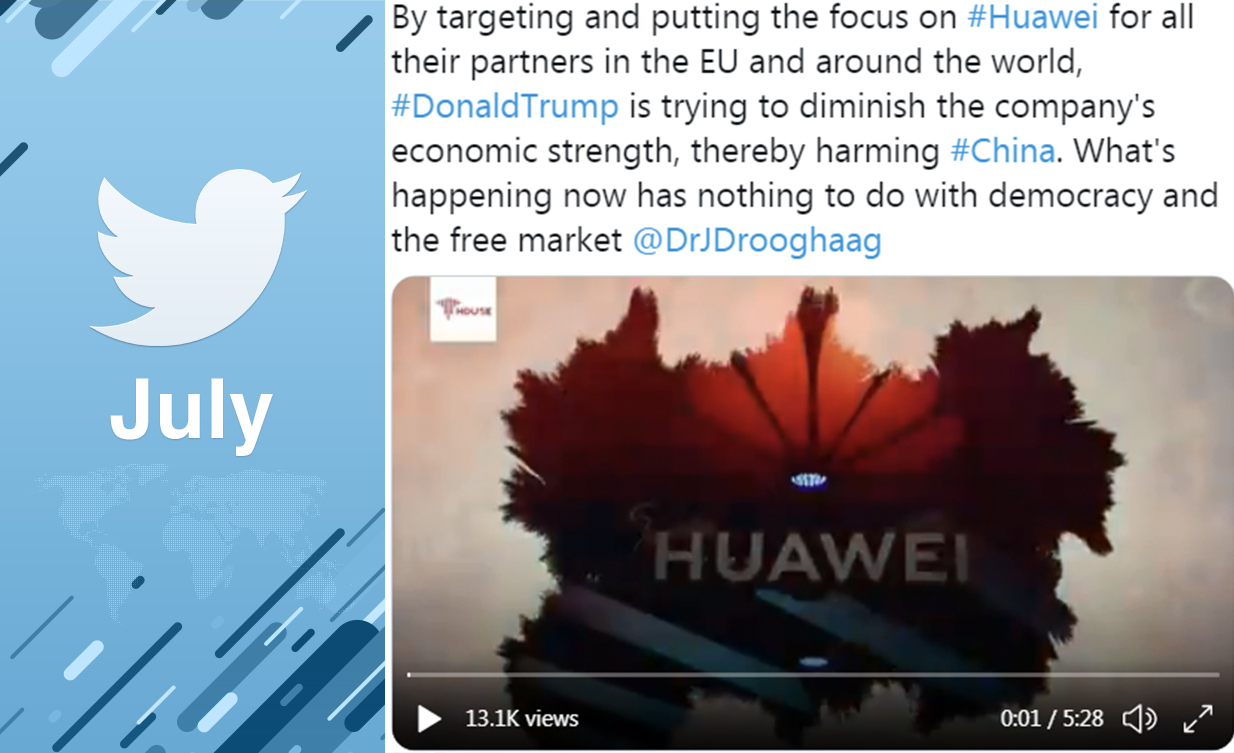 Huawei has been in the spotlight in the West as a result of economic and political calculations. China was known for its cheap manufacturing, and thus its technological rise in recent years is not something the West is ready to accept. Huawei happens to be the crown of China's technology industry, and this is why the U.S. insists it is a national security threat. By targeting Huawei, the U.S. is trying to cripple China's economic competitiveness. 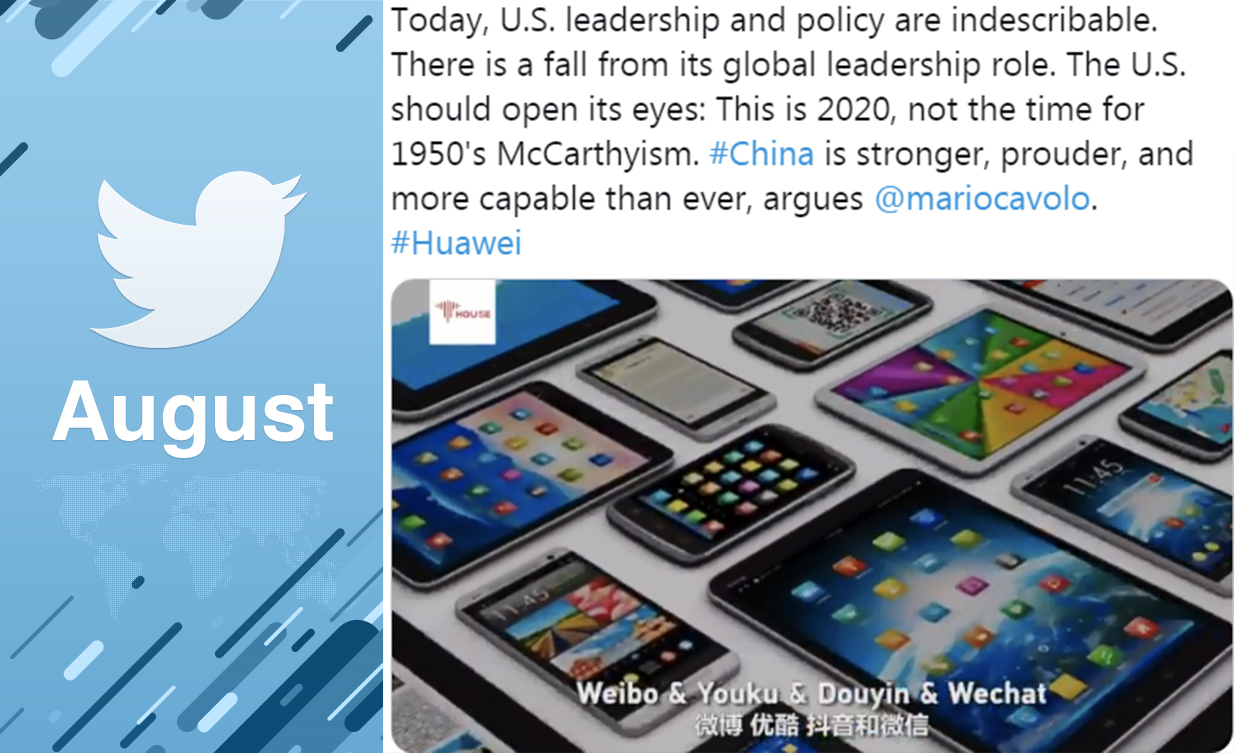 U.S. attacks against China shifted to a fresh round of arbitrary threats with the imposition of travel bans on Huawei employees in July. The world expects the U.S. to shoulder its responsibilities as a major power, but the country is still indulged in McCarthyism – its attacks against Huawei are purely because of the company's China ties. This explains the decline in the United States' global leadership role.

The West has been hyping up human rights issues in China's Xinjiang Uygur Autonomous Region. In sharp contrast to the accusations, Muslim religious freedom has been well-protected in China, with over 20,000 mosques in Xinjiang. The region's GDP has also blossomed in the wake of China's anti-terrorism endeavors. The Chinese government has, several times, invited Westerners to Xinjiang to see it for themselves, but certain journalists only care about sensational headlines and telling political lies. 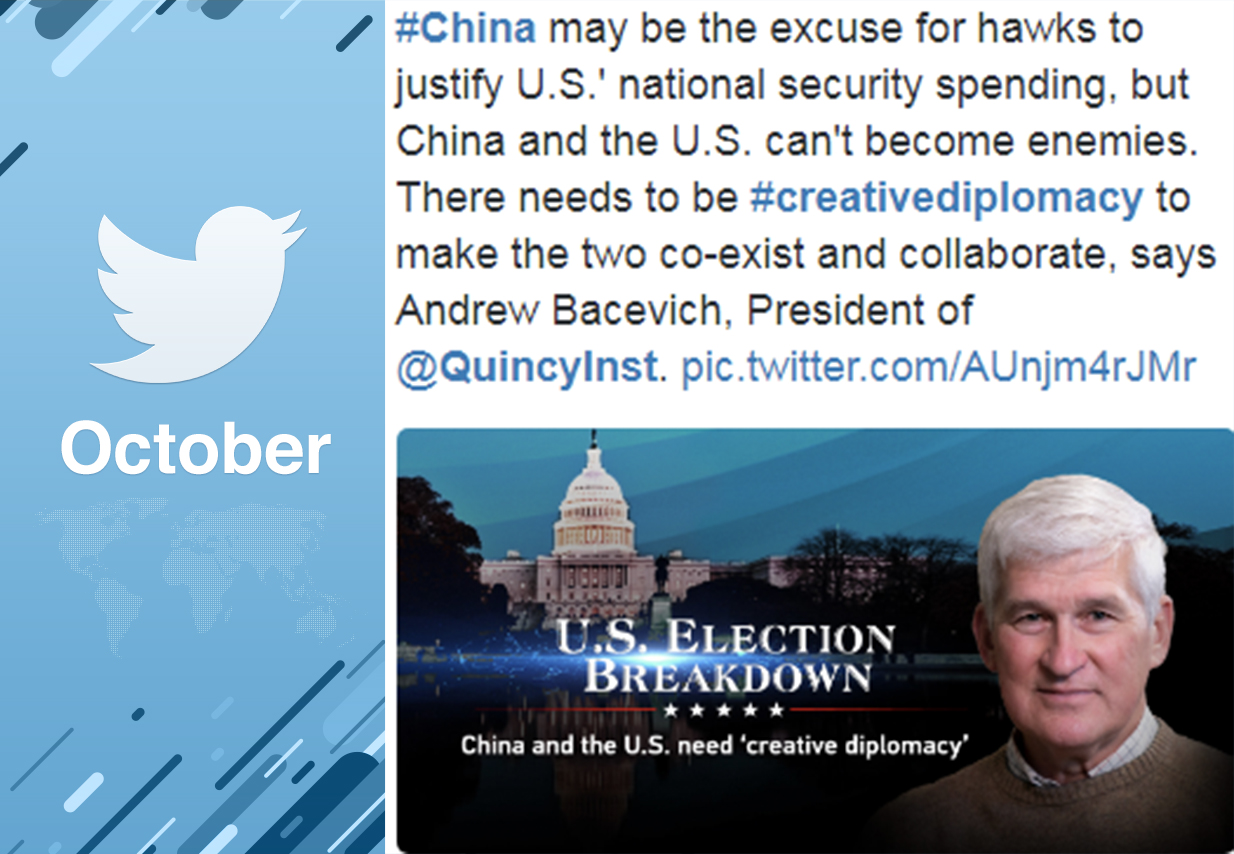 China-U.S. relations have fallen to their lowest over the past four years. Apart from provocations in trade and politics, American hawks repeatedly used China as an excuse to boost the Pentagon's budget. Confrontation is not the way forward. The U.S. has already suffered losses from hawkish policies. High hopes are thus pinned on President-elect Joe Biden to restore bilateral ties to normal. Creative diplomacy is needed for the two powers to coexist. 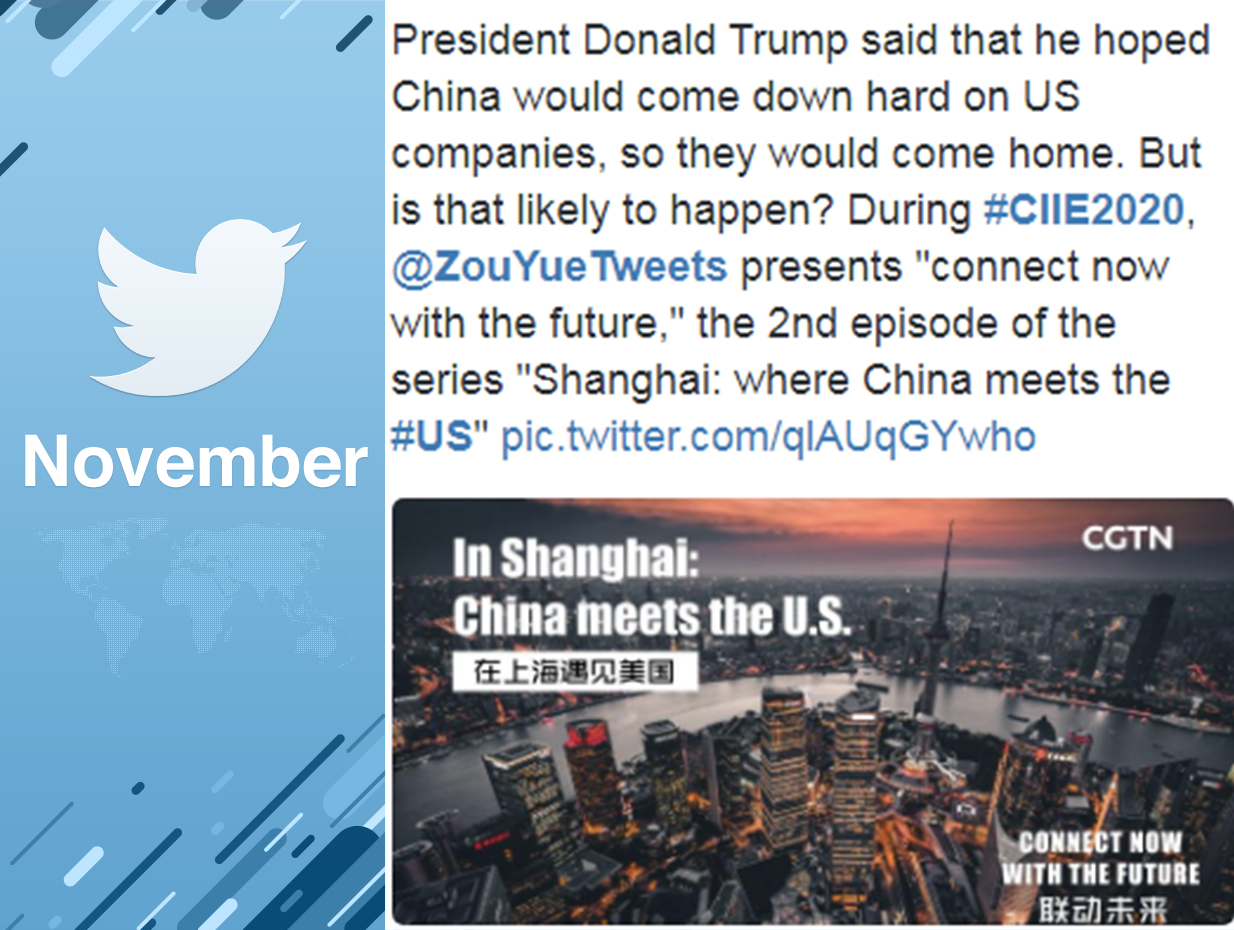 The third China International Import Expo (CIIE) kicked off in Shanghai on November 5. By holding the event, China reiterated its intent to share market opportunities and contribute to global economic recovery. But in the meantime, American politicians were busy hampering economic connections with China. Decoupling from China – a market, supplier and provider of capital in one – could happen, but it would also spell America's decoupling from the world. 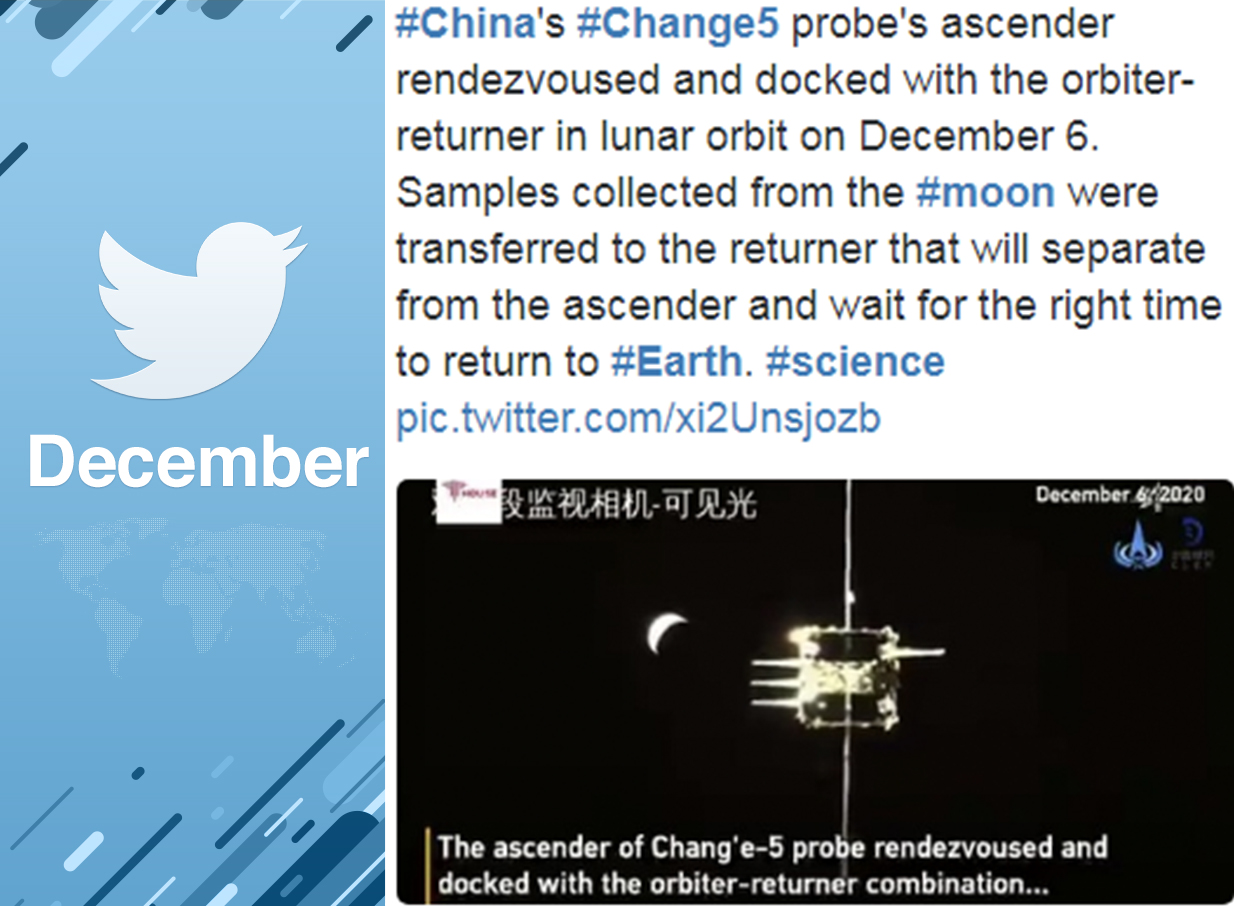 The Chang'e-5 probe, comprising an orbiter, a lander, an ascender and a returner, was launched on November 24. It returned to Earth with about 1,731 grams of samples from the moon on December 17. The mission was China's first attempt to bring moon samples back to Earth, making it the third country to achieve this feat.