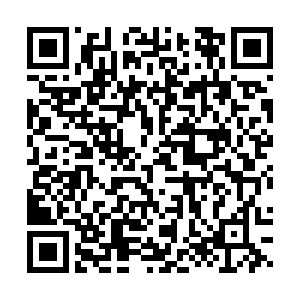 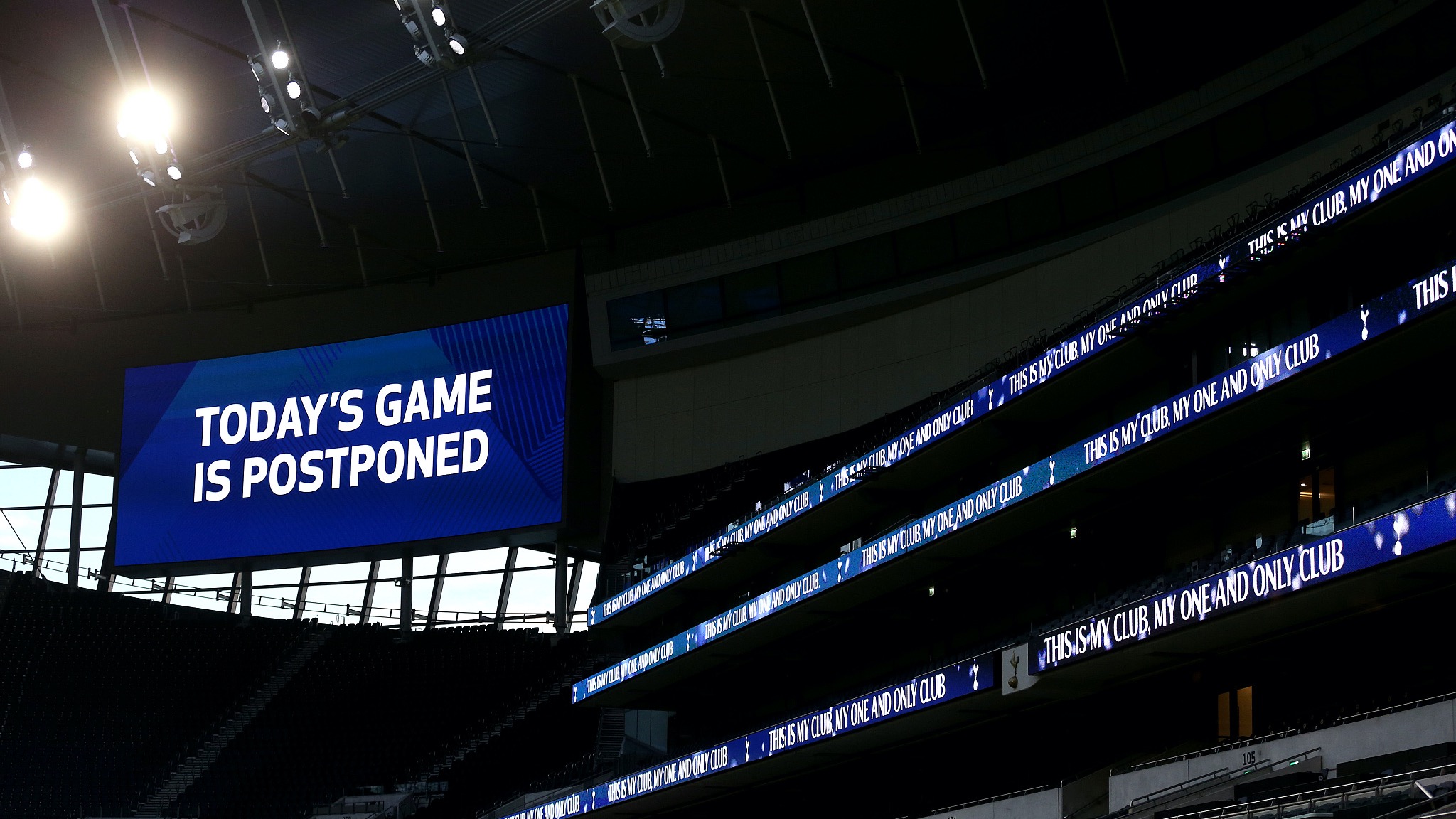 A board inside the Tottenham Hotspur Stadium for the Premier League match between Tottenham and Fulham in London, England, December 30, 2020. /CFP

A board inside the Tottenham Hotspur Stadium for the Premier League match between Tottenham and Fulham in London, England, December 30, 2020. /CFP

The Premier League has declared that it has no plans to suspend the season after Tottenham's home match against Fulham on Wednesday night became this month's third top-flight game that was postponed due to COVID-19 outbreaks.

Earlier this month, Newcastle's clash with Aston Villa was put on hold, while Monday's showdown between Everton and Manchester City was also called off after Pep Guardiola's side had confirmed four positive tests on Christmas Day, including those for defender Kyle Walker and striker Gabriel Jesus.

With City players in quarantine and the club's training complex closed, their much-anticipated matches at Chelsea on Sunday and Manchester United the following Wednesday in the Carabao Cup may also be in doubt.

Amid increasing concerns over players and coaching staff's safety, the Premier League said that 18 players and staff have tested positive for coronavirus, the highest number since the weekly testing began.

However, the competition's organizers insisted that the protocols put in place are still stringent enough to prevent suspension. 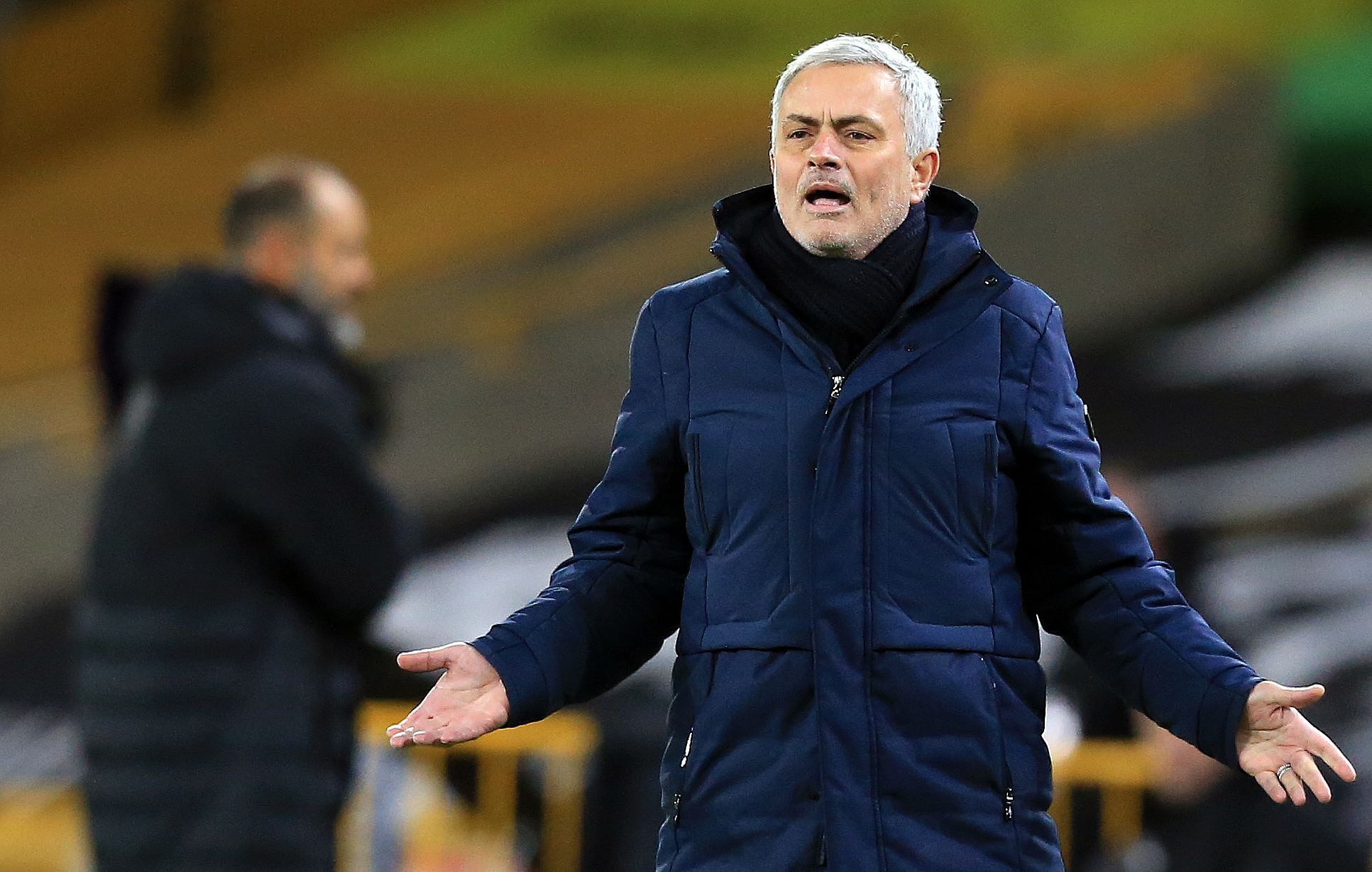 Tottenham manager Jose Mourinho gets frustrated with the lack of communication from Fulham and the Premier League. /CFP

Tottenham manager Jose Mourinho gets frustrated with the lack of communication from Fulham and the Premier League. /CFP

"The Premier League has not discussed pausing the season and has no plans to do so. The league continues to have confidence in its COVID-19 protocols to enable fixtures to be played as scheduled, and these protocols continue to have the full backing of government," read a statement.

"With the health of players and staff the priority, the league is also fully supportive of how clubs are implementing the protocols and rules. The league wishes those with COVID-19 a safe and speedy recovery and will rearrange the postponed fixture between Tottenham and Fulham in due course," it added.

The Premier League also confirmed that it was Fulham who "lodged a request to rearrange the fixture following a significant rise in positive COVID-19 cases."

"The Premier League board has consulted its medical advisers and the decision to postpone the game has been taken as a precaution and with the health of players and staff as the priority. The group will now be retested immediately," it explained.

Earlier in the day, Tottenham manager Jose Mourinho took to Instagram to express his unhappiness about the lack of communication from Fulham and the Premier League. "Match at 6 p.m., We still don't know if we play. Best league in the world," he wrote.

Meanwhile, Everton manager Carlo Ancelotti told the Sky Sports that his team, who face West Ham on Friday, have not yet received an explanation from the league about why their game against City was postponed.