Download
Quiz: What happened in China in 2020?
Moosa Abbas 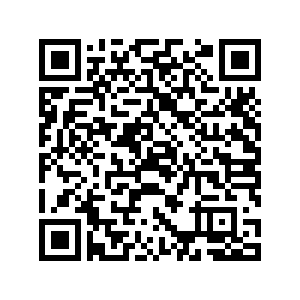 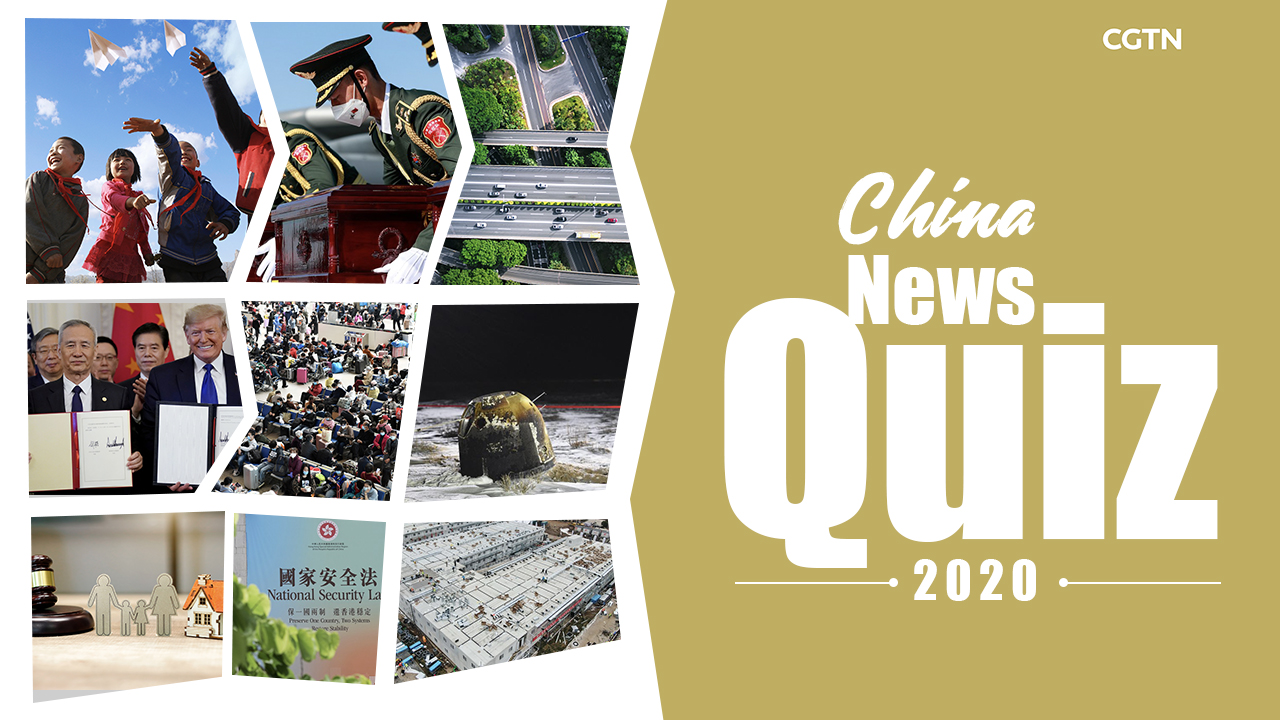 To say that 2020 was an eventful year for China would be the biggest understatement of the year. And if there is one word that begins to cover it, it is COVID-19: China showed resilience in the face of the pandemic with exemplary containment measures, shared information with international bodies in a timely manner, built hospitals in record time, toughened ban on wildlife trade and expedited vaccine development.

But that's not all: China also eliminated absolute poverty, collected lunar samples in a successful Chang'e-5 mission, started the population census, voted to adopt its Civil Code, signed the phase one trade deal with the U.S., pledged to attain carbon neutrality before 2060, passed the national security law for its Hong Kong region, organized its import expo, celebrated 40 years of Shenzhen as its first special economic zone, received the remains of its war heroes from South Korea, and much more.

Have you been paying attention to the developments taking place in China? Take this 12-question quiz and test your knowledge about 2020's most prominent developments in the country.

1
China eliminated absolute poverty one month before its self-imposed deadline after the last nine impoverished counties were removed from the poverty list on November 23. China uses 2010 as the base year for setting its poverty line. What is China's poverty standard?
1 / 12
Next

3
2020 marked the 40th anniversary of Shenzhen's designation as China's first Special Economic Zone. What was the city before its boom?
3 / 12
Next

4
China will purchase additional U.S. goods and services worth at least $200 billion over the coming two years, according to the phase one trade deal. Most purchases will be made from which sector?
4 / 12
Next

5
The International Monetary Fund published its latest World Economic Outlook in October, forecasting a global economic contraction of 4.4 percent in 2020. What did it say about China?
5 / 12
Next

6
China held a national day of mourning for COVID-19 victims on April 4. Recreation activities were canceled, and a three-minute silence was observed while the national flag flew at half-mast. When was the last time China observed national mourning before this event?
6 / 12
Next

7
Wuhan City, the former epicenter of the virus outbreak in central China's Hubei Province, built a 1,000-bed makeshift hospital named Huoshenshan in record time to treat COVID-19 patients. In how many days was the construction completed?
7 / 12
Next

8
The residents of central China's Wuhan City breathed a sigh of relief as the government on April 8 eased outbound travel curbs, lifting the lockdown imposed to contain the spread of COVID-19. For how long did the lockdown last?
8 / 12
Next

9
The returner of China's Chang'e-5 lunar probe successfully landed home with samples from the moon on December 17. But what happened to the probe's orbiter?
9 / 12
Next

10
Chinese lawmakers voted to adopt the country's long-expected Civil Code, which covers issues concerning personality rights, marriage and family, inheritance and others. Which of these is not part of personality rights?
10 / 12
Next

12
The remains of 117 Chinese war heroes martyred in the Korean War (1950-53) arrived in Shenyang, northeastern China's Liaoning Province on September 27. How many Chinese soldiers died in the war?
12 / 12
Next
Correct
Wrong