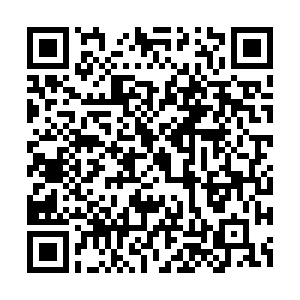 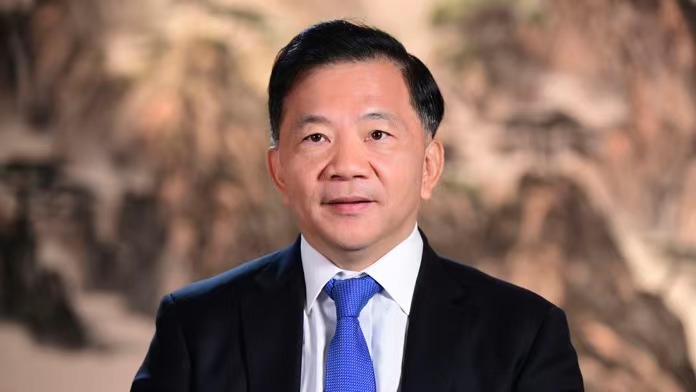 The year 2021 is filled with new hopes and aspirations. This new year is also the Year of the Ox in the Chinese lunar calendar. The Ox, one of the first animals to be domesticated, played a huge role in agricultural civilizations. In the eyes of the Chinese people, oxen are hardy and strong. Here in Beijing, I wish you a happy and healthy New Year!

2020 was an extraordinary year. It brought many difficulties and hardships to the world. The sudden outbreak of COVID-19 hit the human community. Under the command of Chinese President Xi Jinping, through the painstaking efforts of the whole nation, China has made great achievements in epidemic prevention and control. China also became the only major economy in the world to achieve positive growth in the past year.

Currently, COVID-19 is still spreading in many countries around the world. We empathize with the world, and it is our sincere hope that we can get through the hard times as soon as possible, and that everyone is healthy and safe.

As media professionals, it is our duty to report facts and truth. In the early days of the COVID-19 outbreak, more than 2,000 of my colleagues immediately went to the frontlines. Their work included live coverage from COVID-19 wards in the "Red Zone," as well as a multi-language documentary "Together Against COVID-19." They showed the world the real situation of China's fight against the pandemic in a timely and objective manner.

We launched a special live show called "COVID-19 Frontline," featuring medical professionals from around the world. Chinese medical experts shared their experiences in fighting the pandemic. We also spoke exclusively with Richard Horton, Editor-in-Chief of the medical journal "The Lancet," and Peter Forster from Cambridge University in the UK, who is the lead author of a study on how the virus has mutated as it has spread. The experts used scientific facts to clarify various rumors about the epidemic.

The past year has seen touching moments and heart-warming stories. 900 years ago, Zhang Zai, a Chinese philosopher from the Northern Song Dynasty, had a famous saying. The meaning of the saying is that sadness and poverty can strengthen people's will to help them succeed. That is applicable not only to individuals, but also to nations. Though facing hardships, we have witnessed love and kindness, and gained a deeper understanding of the true meaning of a community with a shared future for mankind. Through this pandemic, we have come to realize that only by cooperation can mankind overcome common challenges.

Although the pandemic has hindered face-to-face communication, it has also brought us closer. During the past year, I have exchanged nearly 300 letters with ambassadors from many countries and representatives from international media outlets, including the All-Russia State Television and Radio Broadcasting Company, BBC, CNN, the Associated Press, Reuters, Agence France-Presse, NHK, Radiotelevisione Italiana, and the European Broadcasting Union. We have exchanged our greetings, advocated for more commitments and enhanced consensus. China Media Group has discussed cooperation opportunities and the fight against COVID-19 with over 100 media organizations from European and Latin American countries through "cloud forums." We have also established cooperation platforms with multiple media outlets, and co-produced programs such as "Track of History," "China's Greatest Treasures," and other projects, which have provided humanistic care and support to people during the pandemic.

Just like COVID-19, poverty has long been a disease in human history that needs to be cured.

Chinese President Xi Jinping has said, "Eliminating poverty has been the dream of mankind since ancient times. It is the fundamental right of all peoples to pursue a happy life."

In 2020, China reached its goal of eradicating absolute poverty nationwide.

After eight years of hard work, as many as 100 million people have been lifted out of extreme poverty.

China has made history in poverty eradication efforts.

To mark the milestone, we released the multilingual documentary "China's War on Poverty." It is a joint production between China and the United States.

We also launched a series of special programs, such as the "Global Action Initiative - Poverty Alleviation."

We want to share China's experiences with the world by introducing its efforts for the country's less-developed areas.

While fulfilling our role as the media, we continue to work toward building a world-class mainstream and multi-media platform.

We have used "5G+4K/8K+AI" technology in our broadcasts of major scientific expeditions, such as China's Chang'e 5 lunar mission and the Fendouzhe (Striver) submersible's deep-sea explorations.

At the third China International Import Expo, we live-streamed shopping events, which opened a new channel for many European products entering the Chinese market.

I have always believed truth is the essence of the media. Its responsibilities and quality are reflected by reliable news and authoritative information.

Unfortunately, in some media reports about China, prejudice has replaced fairness and rumors have distorted facts. Fallacies and fiction have appeared, whether in stories on pandemic prevention and control or reports on Hong Kong and Xinjiang.

We have responded in a timely manner and disclosed facts. We may differ in opinions, but there is only one truth.

I hope in the coming year, we all fulfill our responsibility of revealing more facts.

There is a famous saying in Europe that a just man has more friends.

In the new year, China Media Group will continue to fulfill its responsibilities as a global media platform, adhering to an objective and fair position, spreading truth, being the voice of justice, and sharing the beauty of civilization to the world.

2021 marks the 100th anniversary of the founding of the Communist Party of China.

One hundred years ago, the Party was established with only 13 members. Today, we have more than 90 million members, leading China to a peaceful rise.

So what is the success code of the Communist Party of China, and why have one-point-four billion Chinese people chosen to support this century-old party?

This will be the focus of our news reports in the new year.

We will uphold the professional spirit of pursuing excellence while introducing China with comprehensive and objective reports, and providing our audience with more high-quality programs.

May the Chinese Year of the Ox bring you good luck.

I wish you all the best!