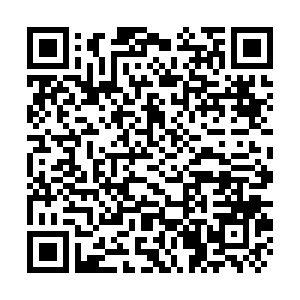 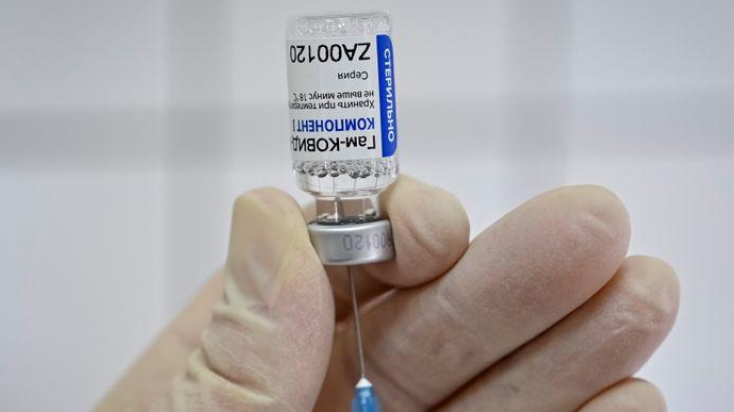 A syringe with Sputnik V (Gam-COVID-Vac) vaccine for a Russian Army service member at a clinic in the city of Rostov-On-Don, Russia, December 22, 2020. /Reuters

A syringe with Sputnik V (Gam-COVID-Vac) vaccine for a Russian Army service member at a clinic in the city of Rostov-On-Don, Russia, December 22, 2020. /Reuters

Hungary will buy anti-coronavirus vaccines through the EU procurement mechanism or directly from China because Russia cannot make enough of its rival vaccine to inoculate Hungary's 10 million population, a senior official said on Thursday.

Prime Minister Viktor Orban's chief of staff, Gergely Gulyas, told broadcaster ATV that Hungary would continue scientific cooperation with Russia over its COVID-19 vaccine, but it would not be at the heart of its vaccination program at this stage.

"Russia has inadequate manufacturing capacity," Gulyas told ATV in an interview whose transcript was published on its website.

"We are happy to partake in the testing, but vaccines en masse may come as part of the EU procurement or from China," he added.

Hungary has participated in Russia's testing efforts and was an early recipient of small batches of Russia's Sputnik V vaccine. Earlier this week, the country received 6,000 doses of the Sputnik V, though it remains unclear how the shot would be administered and under what approval process.

As of Thursday, Hungary reported over 322,000 infections, with more than 9,000 deaths, and about 6,000 people are still in hospital with COVID-19, straining the healthcare system, according to data released by the World Health Organization.

Gulyas's remarks were the first clear indication by a senior Hungarian official that Russia's vaccine will not be used in Hungary's mass inoculation program for the time being. On December 26, frontline workers at hospitals in the capital Budapest received their first inoculation of the COVID-19 vaccine developed by the U.S. drug company Pfizer. But the doses of the first shipment are only enough to inoculate 4,875 people, state news agency MTI said.

With many countries showing keen interest in approving the Chinese COVID-19 vaccines for emergency use, pharmaceutical giants have expedited efforts to start mass production, giving a glimmer of hope to developing countries.

Fifteen COVID-19 vaccines developed by Chinese companies are at various trial stages in more than a dozen countries, including the United Arab Emirates (UAE), Brazil, Pakistan, and Peru. Public health experts are closely monitoring five of these candidate vaccines, which are in the final stage of clinical trials. 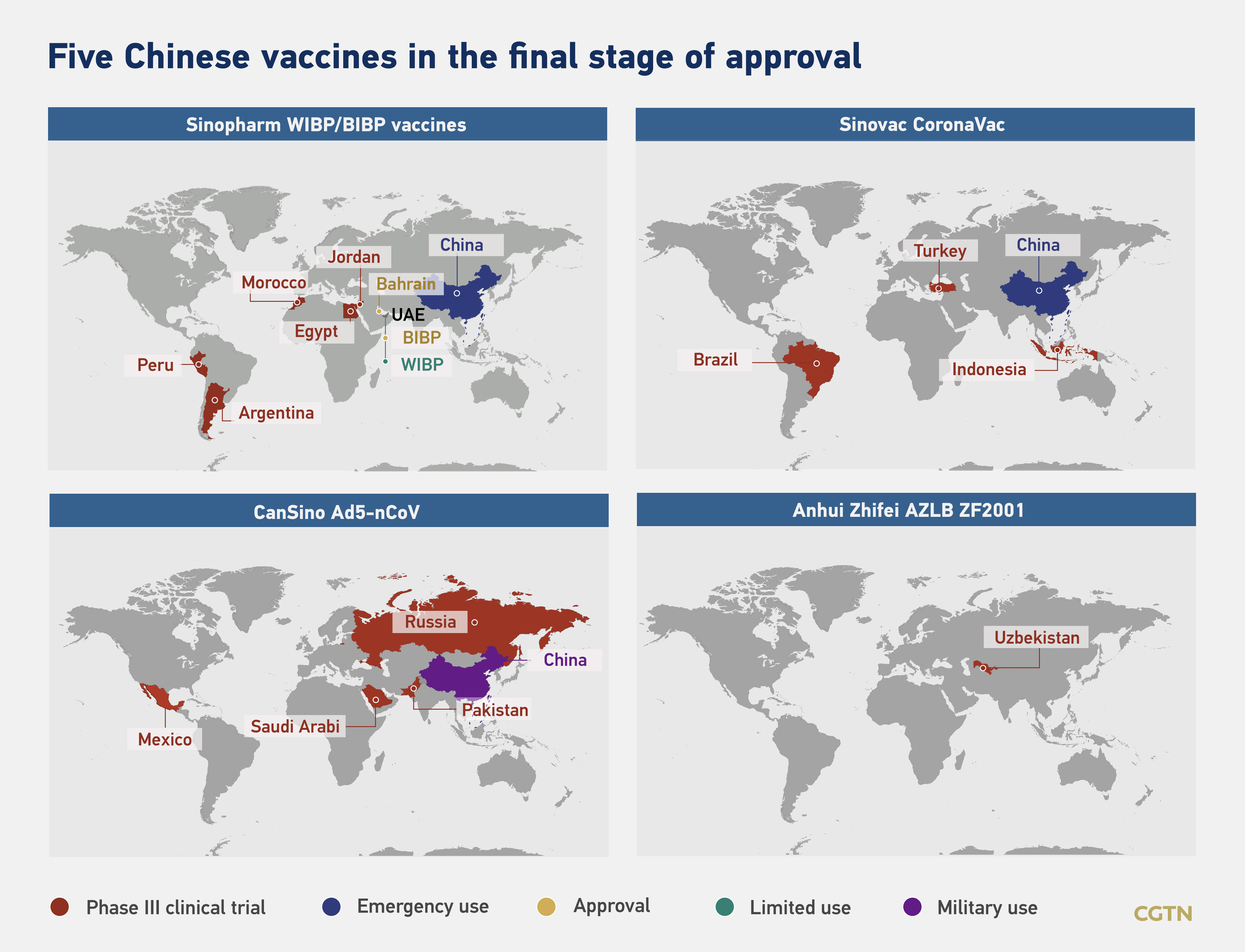 By the end of 2020, UAE became the first country to roll out a Chinese vaccine to the public. Pakistan also announced on Thursday that they will purchase 1.2 million COVID-19 vaccine doses from China's Sinopharm after China officially approved the vaccine for general public use.

Sinovac's CoronaVac shot, another candidate vaccine in China, has been signed up for purchase deals with Brazil, Indonesia, Turkey, Chile, and Singapore. The company is also in supply talks with Malaysia and the Philippines.

"We feel the urgency to develop COVID-19 vaccines not only for Chinese but also for people across the world," Zhong Nanshan, China's top respiratory expert, said on December 22, adding that the country's vaccines are now in great demand.