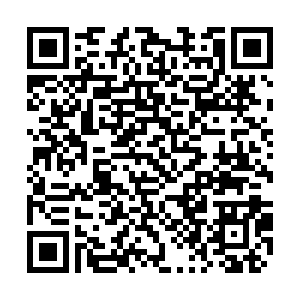 A senior official on the Chinese mainland Friday called for firm confidence and joint efforts from both sides of the Taiwan Straits to foster new progress in the development of cross-Straits relations.

Liu Jieyi, head of both the Taiwan Work Office of the Communist Party of China Central Committee and the Taiwan Affairs Office of the State Council, made the remarks in a New Year message carried in the first issue of the "Relations Across the Taiwan Straits" magazine in 2021.

Calling 2020 an extraordinary year in cross-Straits relations, Liu said the mainland has put people's lives and health first amid the COVID-19 pandemic, cared for Taiwan compatriots the same way as it treated people on the mainland and fully supported Taiwan enterprises in resuming work and production.

Although the Democratic Progressive Party authorities went further to obstruct cross-Straits relations in 2020, the mainland continued to deepen integrated development across the Straits, and pushed forward exchanges and cooperation to overcome difficulties, Liu noted in the article.

Facing a complicated cross-Straits situation, the mainland has firmly and vigorously safeguarded national sovereignty as well as peace and stability across the Straits, he said.

He reiterated that "Taiwan independence" is a dead end that will only bring disturbance to the island and its residents, adding the mainland bears zero tolerance to any plots that attempt to split China.

The mainland will adhere to the 1992 Consensus and the one-China principle, and resolutely oppose separatist activities seeking "Taiwan independence," Liu said, urging Taiwan residents to follow the trend by firmly resisting the separatist forces and working jointly with the mainland to defend peace and stability cross the Straits.

"We will promote the peaceful and integrated development of cross-Straits relations and advance the process toward national reunification," he said, hoping to push forward the peaceful development of the relationship and step up exchanges and economic cooperation between the two sides.

"We believe, as long as people from both sides of the Taiwan Straits unite together and work jointly, the path towards peaceful development will become broader. Under such efforts, we are bound to share a brighter future," said Liu.