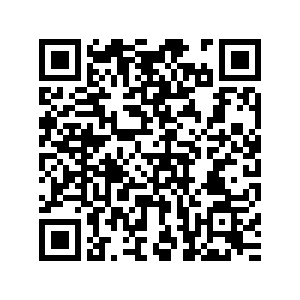 When Field Marshal Joseph Radetzky returned to  Vienna from the Battle of Custoza with his victorious troops in 1848, they were greeted by a triumphant piece of music that's now named after him. Immediately enchanted by the arresting chorus, the listeners started clapping and tramping their feet to the rhythmic beat, unaware that they had created a precedent for how the Radetzky March, by Johann Strauss Sr, was going to be appreciated in a way that has well outlived the glory of the Austrian Empire.

As far as the 21st Century audience of the Vienna New Year Concert is concerned, the historical background of the concert's staple encore matters very little in the appreciation of the annual classic music feast. Until 2021.

The Golden Hall of the Musikverein was emptied of its usual live audience on January 1st due to the coronavirus pandemic. The concert's live broadcast confronted this oddity head-on from the outset. Cameras framed rows of lifeless stalls so candidly that, once again, Covid's horror struck right at the hearts of those watching it. The Vienna Philharmonic under the Italian conductor Riccardo Muti was performing with only the occasional clapping from viewers tuning in online. As if it was mere a rehearsal.

The absence of live audience engagement was particularly overpowering at the end of Johann Strauss Jr's Voice of the Spring. The uplifting melody halted into an abrupt silence like a colorful dream suddenly cut back to the bleak reality. The exhilarating applause that usually accompanies the Radetzky March was probably echoing in many heads as the 2021 event moved to its finale, which emphasized the quietness in the auditorium even more strongly.

A crowd in a theater, a stadium or cinema is not just a group of individuals independent of each other emotionally. Their passions towards the same action at the center of the venue inform a public atmosphere within the space which in turn reinforces the individual sentiment. The same atmosphere affects the players on the stage, too. Be they artists or athletes. Yet both had seen more than enough of their events being cancelled during 2020.

Human beings are social animals. Being surrounded by like-minded strangers sometimes offers us a comforting sense of belonging, which constitutes a significant part of the joy that we derive from being among a live audience.

But a global pandemic has taken that away, breaking the balance between companionship and solitude in our lives. We are forced to spend more time facing ourselves and being stirred by our own thoughts that we could have simply drowned in the noise of social events were it not for the pandemic. And it seems that the balance will not be retrieved any time soon.

We can make do with live theater or concerts on Zoom and TV transmissions of football or basketball. But the missing reaction from a live audience has become an increasingly irritating reminder of what the world is struggling with. As classic as the masterpieces are, the quiet interim between every two compositions during the 2021 Vienna New Year Concert that the applause is supposed to fill is yet another example of this annoyance. Just when we narrowly succeeded in indulging ourselves in the music, the silence pulled us back.

In his conductor's speech before the encore, Riccardo Muti mentioned music's power to calm the mind in a panicking time. A perfectly sound idea, but isn't the pain the pandemic has inflicted on many simply too great for music to soothe?

The Radetzky March had already begun when I was still stuck with this thought. Before I realized it, I'd been lightly tapping my finger on my laptop to the beat like the Austrian soldiers clapping spontaneously on Vienna streets almost two centuries ago.

So, maybe music can help a little?