Download
The concept of 'Global Britain' is admirable but flawed
Thomas O. Falk

Flags of EU and the UK are seen outside the Houses of Parliament in London, Britain, January 7. 2019. /Xinhua

Flags of EU and the UK are seen outside the Houses of Parliament in London, Britain, January 7. 2019. /Xinhua

"Global Britain" is the zeitgeist No. 10 Downing Street promulgates after the country completed its segregation from the European Union. While the mantra itself is four years old, its meaning has stayed the same: a Britain that advances to all four corners of the earth in trade and influence.

Indeed, even without the EU, Britain will not suddenly fall into international anonymity. It remains a primary military power with a nuclear arsenal and close intelligence links with the United States and other allies. This year, it also presides over the G7 and the UN Security Council.

It will usher in Global Britain's start, a nation unleashed from the yoke of European bureaucracy and regulations, back to the good old days of sovereignty.

In theory, it sounds as promising as laudable. In practice, Britannia ruling the waves again is a scenario that appears to be wishful thinking, as two substantial encumbrances, in particular, will not simply disappear in the foreseeable future.

First, Johnson sought to exit the vast EU single market and the customs union to conclude his own trade agreements at all cost. By now, Britain has secured an excess of 60 agreements with other nations, albeit most of them are part of existing EU deals – including Japan, Canada and Mexico. Deals with Australia and New Zealand will likely be next, while an agreement with India could be prompted this month.

However, the omnipresent blockbuster deal between Washington and London, Johnson's weapon of choice whenever he refers to the new possibilities without being tied to the EU, remains a "to be confirmed" project. 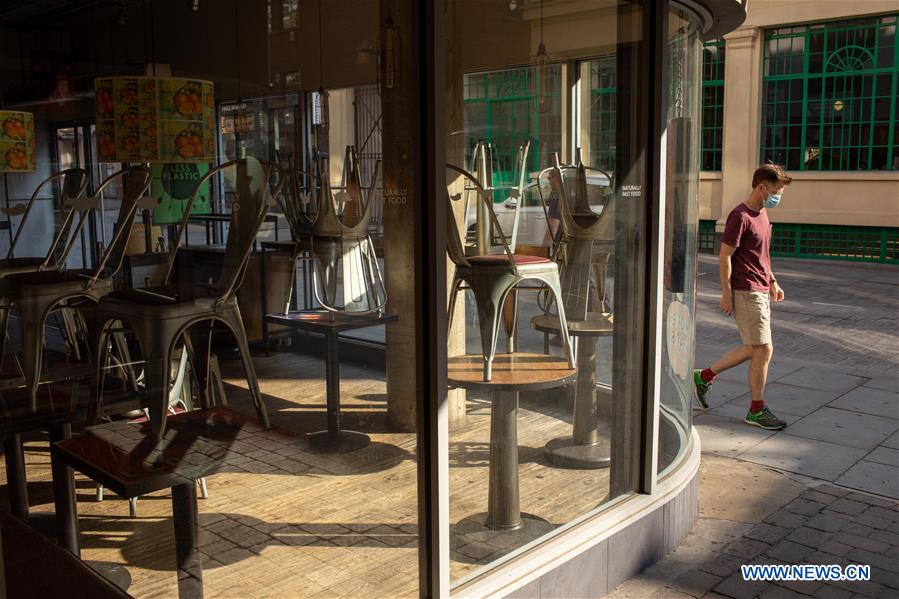 A deal will be made. Nothing indicates the opposite, and President-elect Joe Biden will not neglect the special relationship between both nations. However, unlike his predecessor Donald Trump, Biden will also not prioritize a deal, particularly as he has pledged to "build back better" in America and due to the challenges he faces during his first year in office.

"I'm not going to enter any new trade agreement with anybody until we have made major investments here at home and in our workers and in education," Biden said in December.

Add the statement to President Obama's 2016 warning that Brexit will move Britain towards the end of the line, and one realizes it will take more than goodwill and old friendships to not only assert British interests unilaterally and without the EU's poundage in a trade agreement but to even initiate a deal in the not so distant future.

Second, the timing could not have been worse. In a post-Pax Americana world, Britain's exit from the EU means abdicating European influence while anything meaningful on the world stage will involve the key global players, i.e., the European Union, the United States, and China. The peril of sinking into an abyss of impertinence in between these three is more than just a worst-case scenario.

Furthermore, London's neo-empire vision is undertaken while the coronavirus pandemic severely impaired the country's economy. Between August and October alone, 370,000 people were made redundant - a number that would arguably be significantly higher without the government stepping in. By mid-2021, unemployment is likely to reach 2.6 million.

A Franklin D. Roosevelt-esque New Deal to rebuild the British economy and to support those in need seems inevitable. But how exactly the economy's reanimation via likely unprecedented spending and Johnson's aspirations to re-establish Britain as an energetic actor on the global stage can co-exist remains a mystery.

"Brexit is not the end but a beginning," Johnson pontificated a year ago. A beginning it is indeed. But whether it will be the beginning of an extrinsic island with emphatic self-overestimation or a modern version of British world power will depend on factors other than mere rhetoric from No. 10.