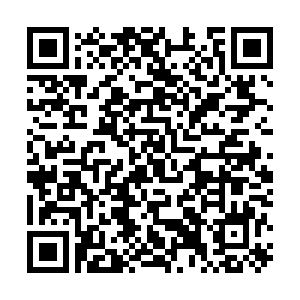 British Prime Minister Boris Johnson is at risk of losing his own seat while neither of the two main political parties is likely to win an outright majority at the next general election, not due until 2024, according to a new poll.

This is the first detailed survey of the UK public's perception of Johnson's handling of recently concluded Brexit talks and the COVID-19 pandemic after he reversed plans to allow families to meet up at Christmas in parts of southern England to combat the spread of the virus.

More than 22,000 people were surveyed in a closely watched constituency-by-constituency poll over a four-week period in December, which was conducted by the research data company Focaldata and published by the Sunday Times.

The so-called multilevel regression and post-stratification poll found the ruling Conservatives would lose 81 seats, wiping out the 80-seat majority. This would leave the Conservatives with 284 seats, while the opposition Labour Party would win 282 seats, the poll showed.

The Scottish National Party, which wants to break away from the rest of the UK, is predicted to win 57 of the 59 seats in Scotland, meaning the party could potentially play a kingmaker role in forming the next government.

The prime minister is at risk of losing his own seat of Uxbridge, west of London, the poll found.

Johnson won a resounding election victory last year that allowed him to take Britain out of the European Union's orbit on New Year's Eve after almost half a century of close ties.

But the pandemic has made the political landscape more treacherous for Johnson's premiership, which has already killed more than 74,000 people in UK, one of the highest death tolls since the first wave of the coronavirus, and has heavily crushed the economy.

With daily coronavirus infections surging as a result of a new virus variant, the British government faced mounting pressure Saturday from teachers' unions to keep schools in England closed for at least another two weeks.

The government, which oversees schools in England, has already decided to keep all schools in London closed next week to try to stem new infections. Unions want the policy extended across all of England, expressing fears about the health of both teachers and children.

The UK on Saturday hit a daily record for new coronavirus infections, 57,725, according to Johns Hopkins University (JHU) and looked set to soon overtake Italy once again to become the worst-hit country in Europe. The fear is that with rising infections, the number of deaths will also grow over the coming weeks.

The UK has recorded its five highest infection numbers over the past five days, all above 50,000 and double the number of only a few weeks ago, with a total 2,607,541 cases according to the latest data from JHU.