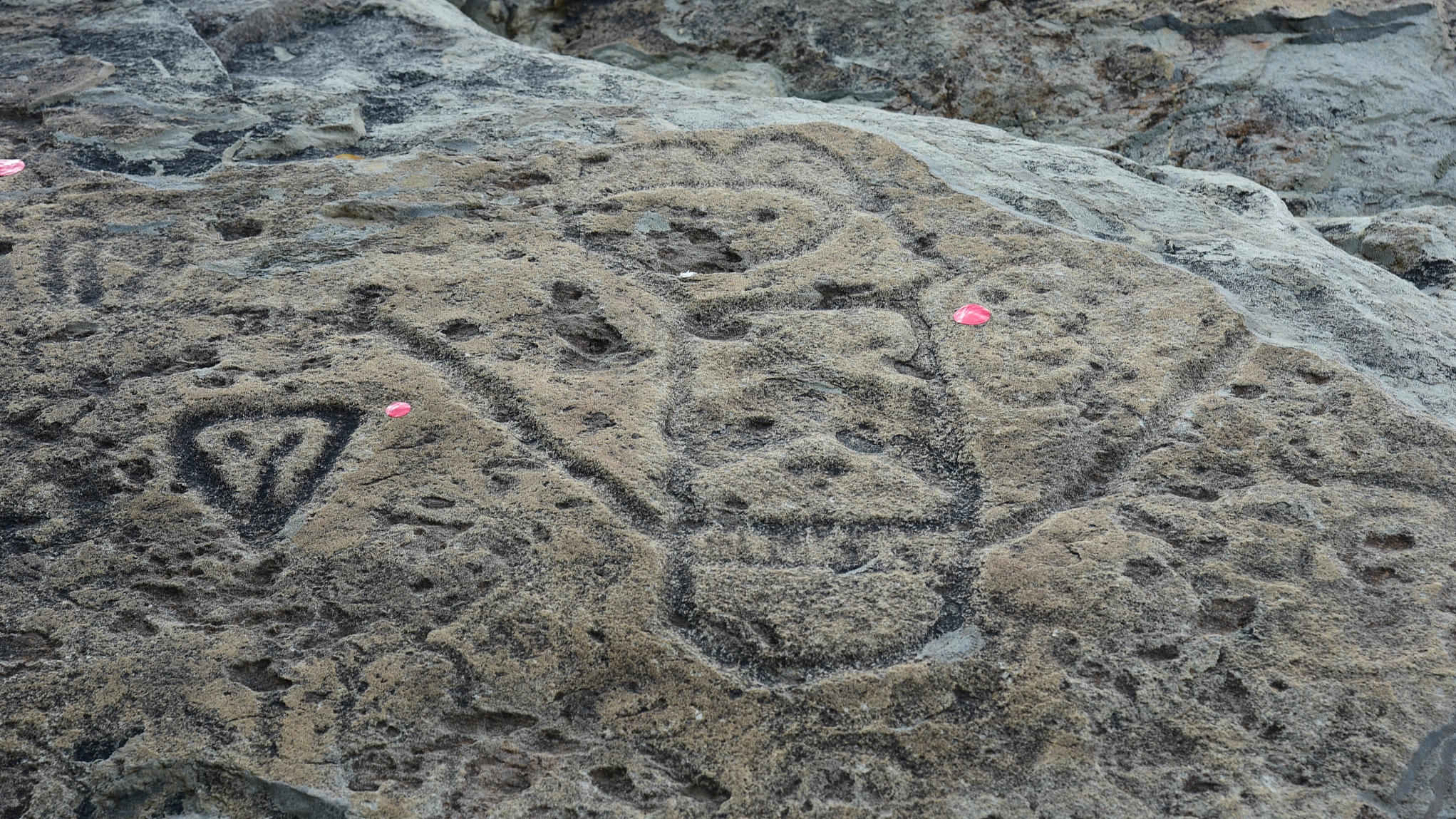 More than 2,000 immovable rock carvings and paintings have been scanned at Helan Mountain to digitize the panoramas as well as their accurate locations, said Zhang Jianguo, deputy director of the Helan Mountain cliff painting administration in the regional capital Yinchuan.

The digital information will be sorted and a disease analysis will be conducted, said Zhang.

The digitalization of the Helan Mountain cliff carvings and paintings started in 2019.

Rock carvings appeared before the invention of writing systems. To date, more than 20,000 cliff paintings and carvings created by the nomads that once lived in northern China have been discovered at Helan Mountain.

The works depict herding, hunting, sacrificial rites and the lives of the people who lived 3,000 to 10,000 years ago. Images of animals dominate, followed by humans, vehicles, plants, planets, fingerprints and abstract signs.

Zhang said the surfaces were mainly carved with stone or metal in the open air, exposed to weather and saline-alkali erosion.

The protection of rock paintings and carvings is a worldwide issue. At present, there is no effective, natural scientific and technological means to prevent their disappearance. Some experts have predicted that by the end of this century, a quarter of the world's rock paintings will disappear.

Zhang said that the accurate data preservation that technology has contributed to has won time for the protection of the rock paintings. The digitization helps preserve the endangered rock paintings permanently and provide data support for their subsequent conservation.

Ningxia has been committed to the study and protection of Helan Mountain carvings. Emergency protections were implemented to 20 severely weathered rock paintings.