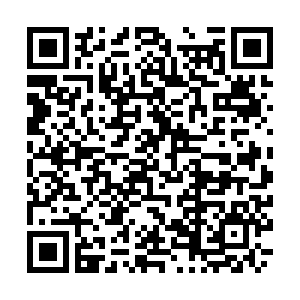 Protesters hold a sign to support WikiLeaks founder Julian Assange in front of the British Embassy in EU in Brussels, Belgium, December 7, 2020. /AFP

Protesters hold a sign to support WikiLeaks founder Julian Assange in front of the British Embassy in EU in Brussels, Belgium, December 7, 2020. /AFP

Mexico said Monday that it was ready to offer political asylum to WikiLeaks founder Julian Assange, after a British judge blocked his extradition to the United States to face espionage charges.

Mexico's President Andres Manuel Lopez Obrador welcomed the British court's rejection of the U.S. request to extradite the 49-year-old Australian, calling it a "triumph of justice."

"I'm going to ask the foreign minister to carry out the relevant procedures to request that the UK government releases Mr. Assange and that Mexico offers him political asylum," said Lopez Obrador, adding that Assange deserves a chance.

Lopez Obrador said Mexico would ensure "that whoever receives asylum does not intervene or interfere in the political affairs of any country."

Whether Assange joins the list would depend on political pressures and the stances of the various actors and countries with an interest in his fate, Adolfo Laborde, a Mexican academic and foreign relations expert said.

The U.S. said it would continue to seek the extradition of Assange and the country's prosecutors are set to appeal Monday's decision to London's High Court.

U.S. authorities are accusing the Australian of 18 counts relating to Wikileaks' release of vast troves of confidential U.S. military records and diplomatic cables, which they said had put lives in danger. If convicted in the U.S., he faces up to 175 years in a high-security jail.

However, defense witnesses called during the hearing said Assange's history of depression meant he would be at risk of suicide if sent to the U.S. and locked up in a maximum-security prison. Assange has also complained of hearing imaginary voices and music during his detention.

In addition, it was noted he has a respiratory condition that makes him more vulnerable to COVID-19. Assange and his legal team have long argued the protracted case was politically motivated.

He said Lopez Obrador appeared to be ignoring or overlooking WikiLeaks' publication of 20,000 hacked emails from the U.S. election campaign team of Democrat Hillary Clinton in 2016.

The Mexican president "is turning the issue into another potential area of friction with the next U.S. administration," Sarukhan said.

Activists held a protest in front of the British embassy in Mexico City after the court decision, demanding Assange be released.

Julian Assange: The right decision for the wrong reason