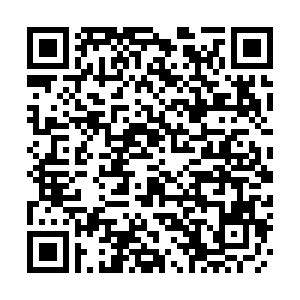 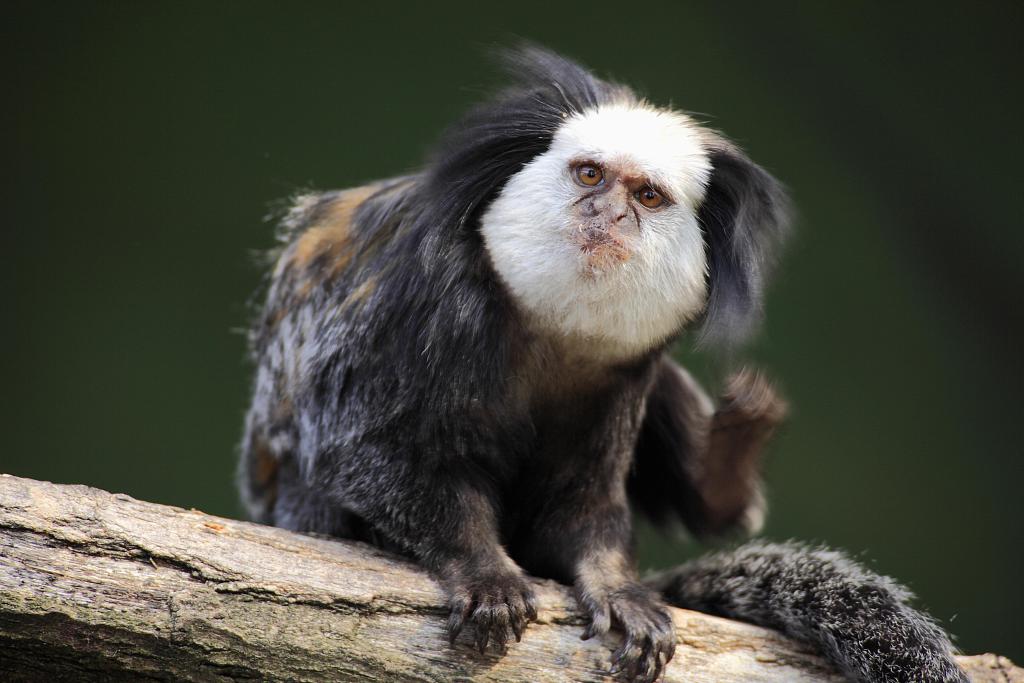 As the name white-headed marmoset suggests, this small creature is very distinguishable with its beautiful puffy and white face. It is also named the Geoffroy’s marmoset, after the French naturalist Étienne Geoffroy Saint-Hilaire.

As a native resident of the forests in southeastern Brazil, these marmosets are among the few animals that are highly tolerant to changes and environmental disturbances. They inhabit a large area and are well-adapted to the human activities around their habitat.

With a length of only about 20 centimeters, they have to stick together in groups of between eight and ten members. They are specialists in climbing and great leapers, which help them escape the danger from their predators and make them agile when foraging. 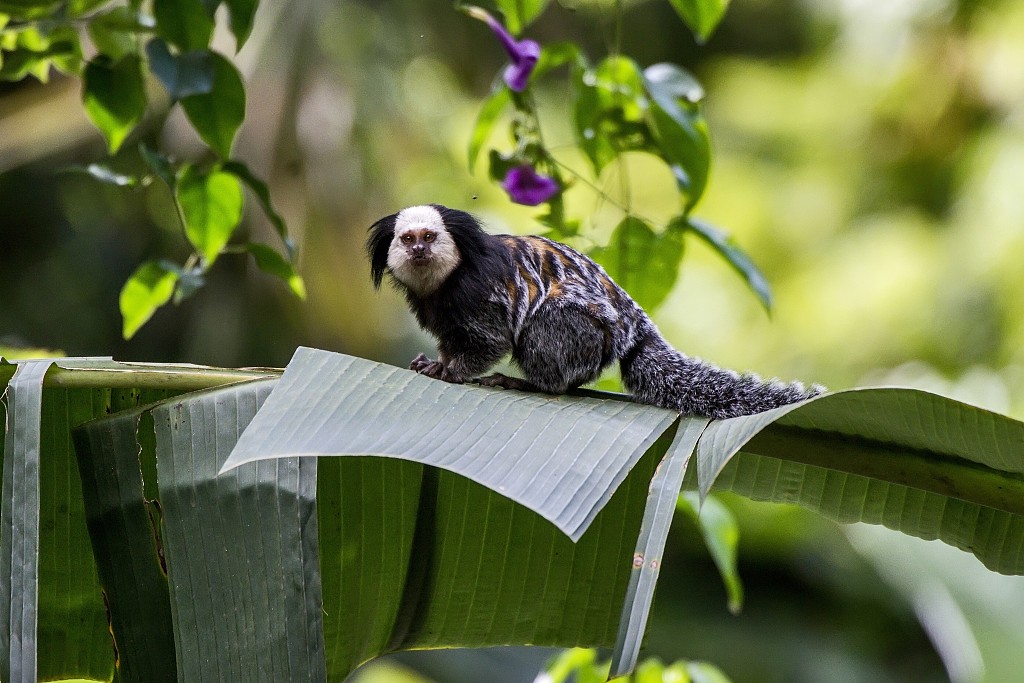 White-headed marmosets spend about half of their time resting and feeding. They eat almost everything: from insects to leaves, from fruits to small frogs.

Like other marmosets, this species also regularly give birth to twins. The father would carry the twins on his back almost throughout the infancy of the babies. 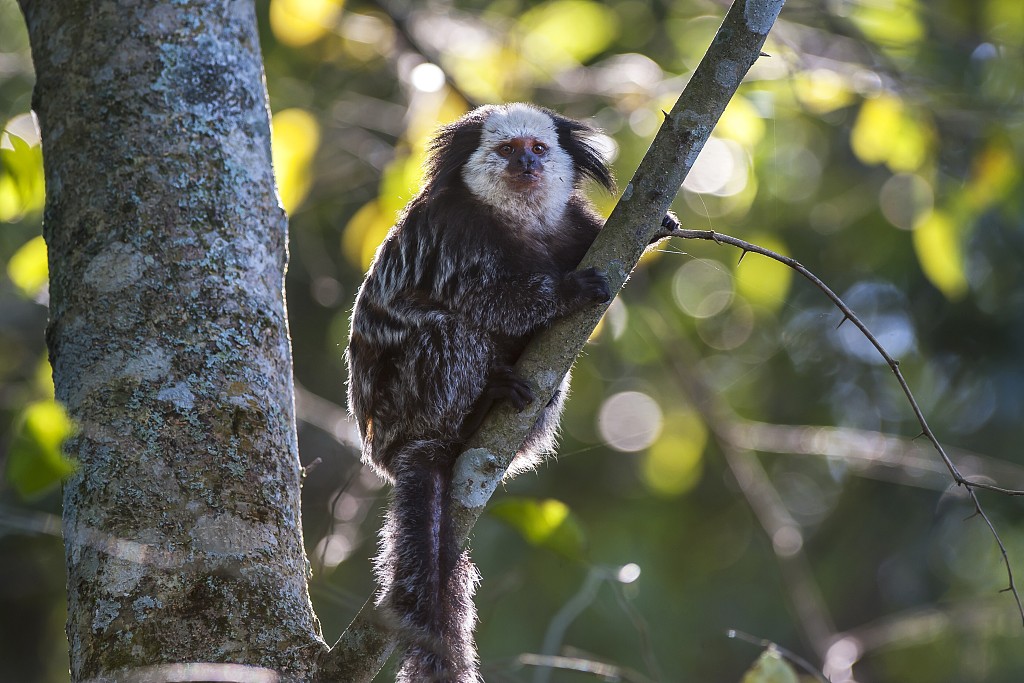 Although the white-headed marmosets are considered very well-adapted to changes in their environment and have been listed as Least Concern by the International Union for Conservation of Nature (IUCN, 2015), their population is currently on a decline due to the worsening quality of their habitat. The wood harvesting and wood/pulp plantations have led to ecosystem degradation. The size of their habitat is also continuously shrinking due to deforestation and agricultural expansion.