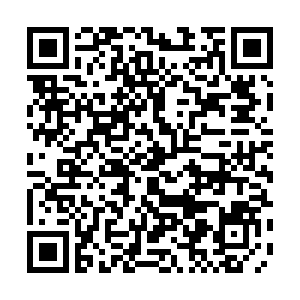 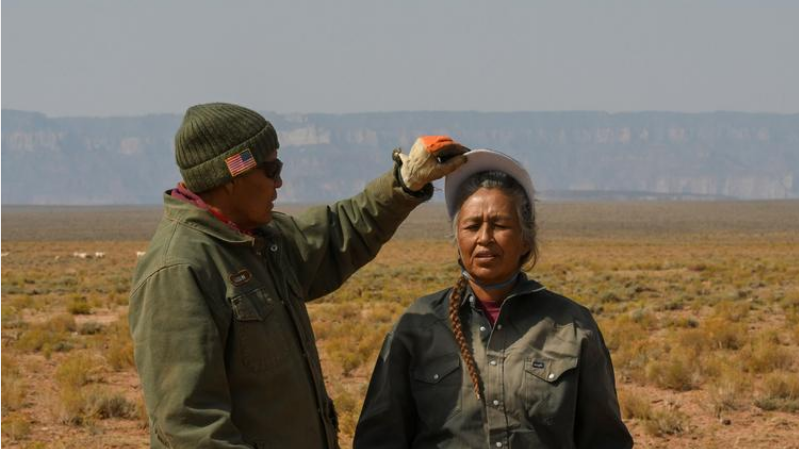 Leonard Sloan, 64, lifts a visor off of his wife Maybelle Sloan, 59, who are both from Navajo Nation, at their sheep camp in the Bodaway Chapter in the Navajo Nation in Gap, Arizona, U.S., September 17, 2020. /Reuters

Leonard Sloan, 64, lifts a visor off of his wife Maybelle Sloan, 59, who are both from Navajo Nation, at their sheep camp in the Bodaway Chapter in the Navajo Nation in Gap, Arizona, U.S., September 17, 2020. /Reuters

More elder Native Americans have died from COVID-19, leaving their languages and culture at risk of a permanent loss, according to U.S. media reports.

"Every time one of those elders leaves this world, it's like a whole library, a whole beautiful chapter of our history, of our ceremonies – all that knowledge, gone," said Clayson Benally, a member of Navajo Nation, citing a CNN report.

"It's not written, it's not dictated, you're not going to find it on the internet," Clayson added.

The Navajo Nation is the largest indigenous tribe in the U.S. with a population of about 300,000 people. As of Monday, 23,841 have infected with coronavirus and 822 have died from it, figures released by the Navajo Department of Health show.

Sprawled across the states of Utah, Arizona and New Mexico, the 71,000-square-kilometer Nation only has 12 health facilities, according to the Indian Health Service.

A severe lack of hospital beds and medical facilities pose a grave challenge to its population, a third of whom have chronic diseases including diabetes and lung problems.

The Navajo Nation is not the only case. Other indigenous peoples are also suffering. When the 2009 influenza A (H1N1) pandemic hit the country ten years ago, American Indian and Alaska Native (AI/AN) persons had already experienced a disproportionate mortality. Experts now concern a similar tragedy would repeat again.

The cumulative incidence of laboratory-confirmed COVID-19 cases among AI/AN persons was 3.5 times that among White persons, an analysis published by the U.S. Centers for Disease Control and Prevention found.

Evidence suggests AI/AN communities might be at increased risk for COVID-19 illness and death.

Therefore, documenting and understanding the reasons for these disparities while developing collaborative approaches with federal, state, municipal, and tribal agencies to minimize the impact of COVID-19 on AI/AN communities is of high importance, the study said.