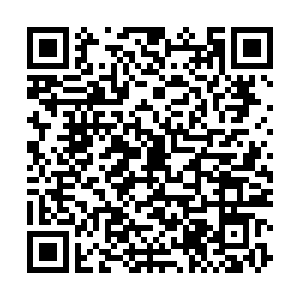 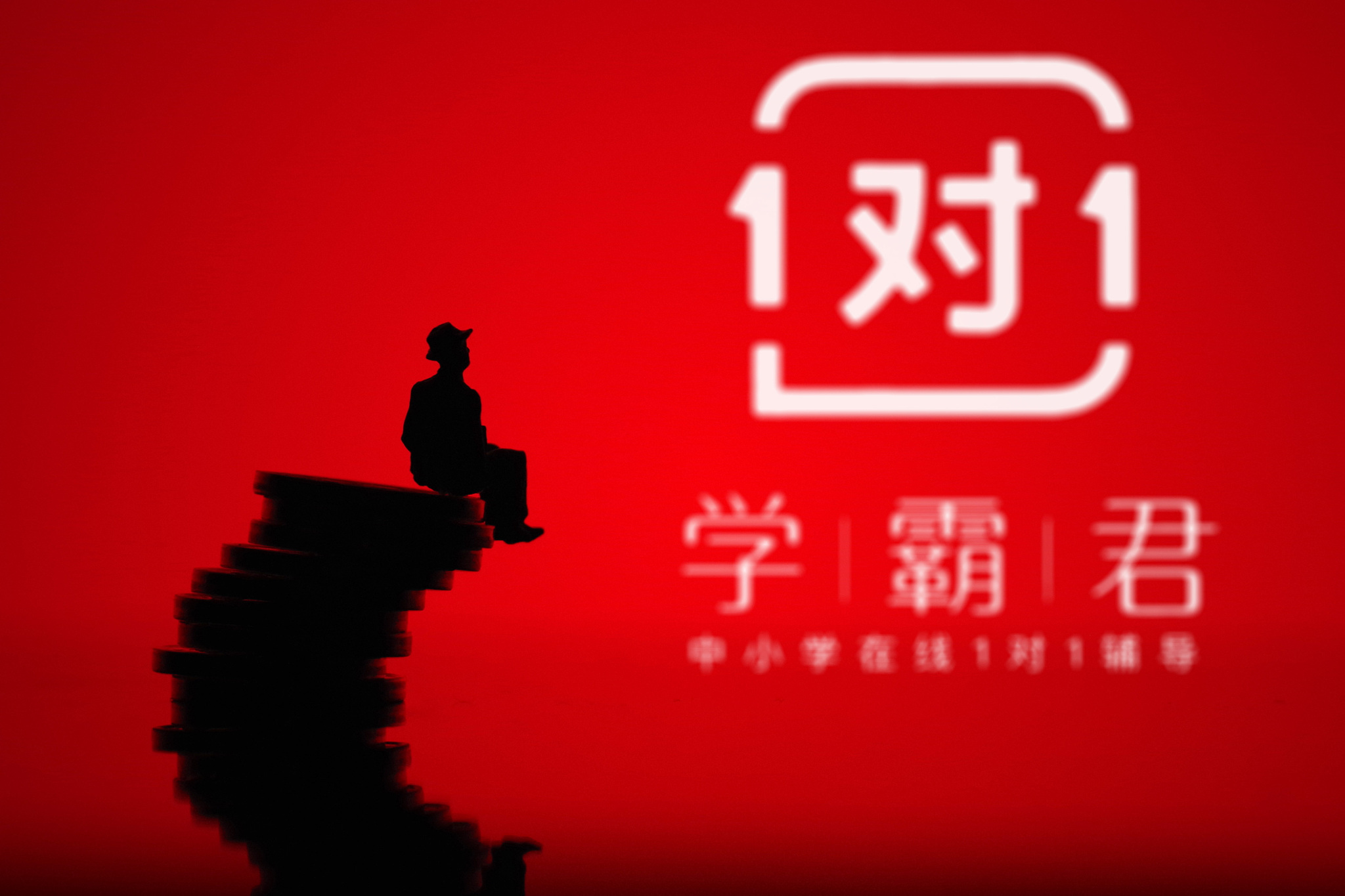 When Duan Jun, a father from the city of Dongguan in southern China's Guangdong Province, paid full-year tuition for his child in advance, he never thought that the online education institution would go bankrupt.

Xuebajun, a video-tutoring platform that follows a one-on-one format, was recently reported to be in dire financial situation and was on the verge of bankruptcy. In a message posted on his social media on January 2, Zhang Kailei, founder and CEO of the company, said investors had refused to fund the company, "In this bitter winter, this 8-year-old company is about to go bust."

Duan has so far invested more than 50,000 yuan ($7,743) on the platform, with 300 remaining class sessions for his child left untouched. He has not been able to reach teachers or staff members at the school since last December, and he continues to get calls from the bank which loaned him money for the tuition.

"I would really have nothing left after paying the tuition," Duan, a small business owner said. "And the bigger problem is, if I pay back the loan, there will still be no one left to teach my kid at the school. Why should we take the blame for a bankrupt company?" 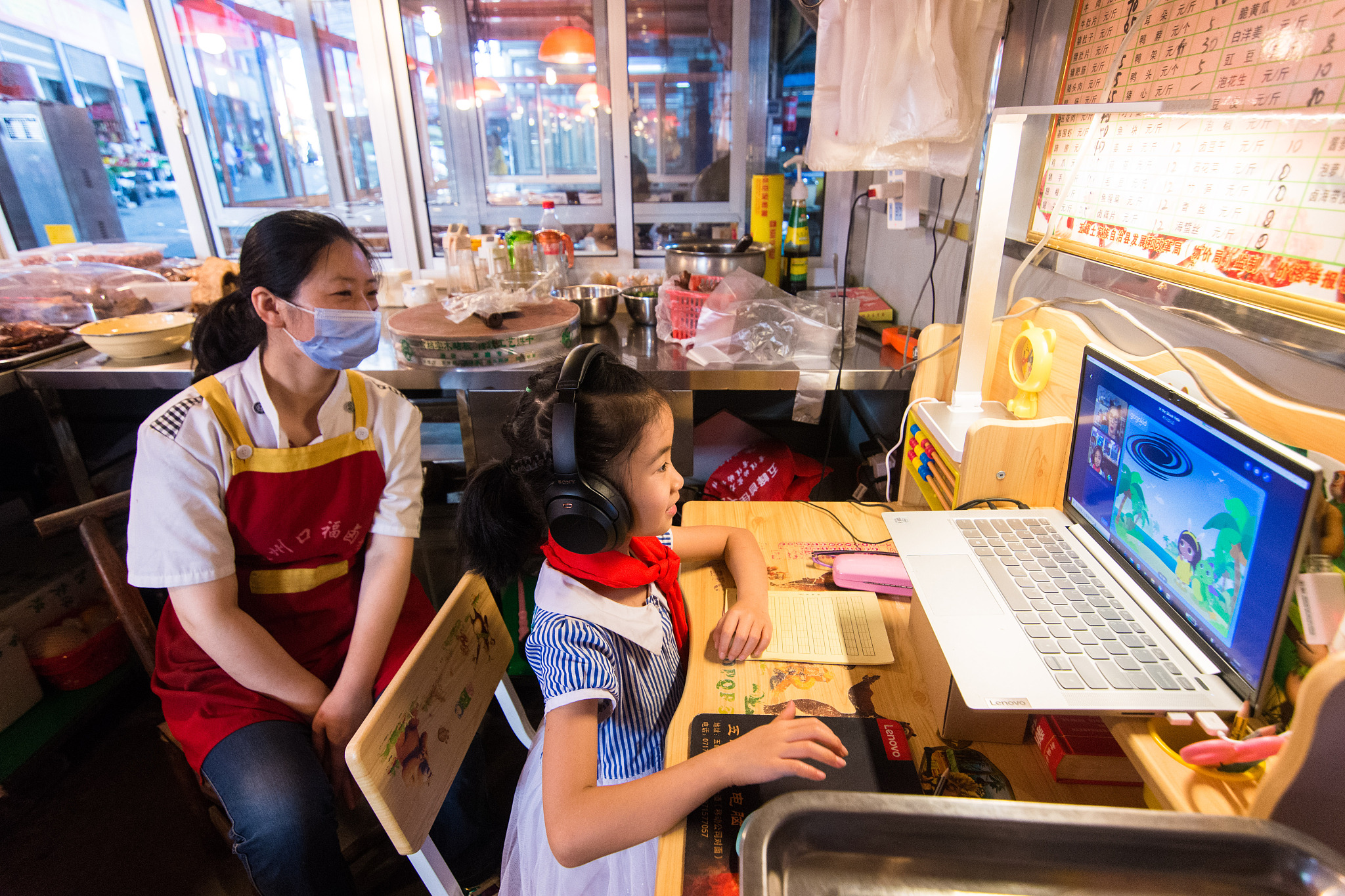 A child attends an online education session amid the pandemic in Hubei Province, China, June, 2020. /VCG

A child attends an online education session amid the pandemic in Hubei Province, China, June, 2020. /VCG

Winners and losers of the online education boom

The pandemic has given a boost to online education in China, but the winners are few and far between. Zuoyebang, an online education startup drew $1.6 billion in its latest round of funding in late December last year. Yuanfudao, a homework tutoring app, is now worth $17 billion, making it the most valuable edtech company in the world.

But on the other hand, a string of online education companies in China that sought to tap into the coronavirus-induced move to online schooling, declared bankruptcy. Xuebajun, the latest to declare bankruptcy, was once regarded as a potential edtech unicorn, with its latest round of funding totaling $155 million, dating back to 2016.

Around 50,000 students signed up for courses on Xuebajun, among which 30,000 were repeat customers, according to the message posed by Zhang, the founder, on his social media. Most parents had spent on average around 20,000 yuan buying classes from Xuebajun, and some had invested as much as 100,000 yuan.

Education for children has always been the top priority for Chinese parents. A 2018 research shows that Chinese parents spent an average of 120,000 yuan per year on extracurricular tutoring for their children, hoping that their kids would not be left behind amid intense competition in the education system.

Some parents said that they doubled down on their investments on extracurricular tutoring due to school closures amid the pandemic. But even after schools reopened as the pandemic came under control, the anxiety over their children's future kept them hooked into investing more. 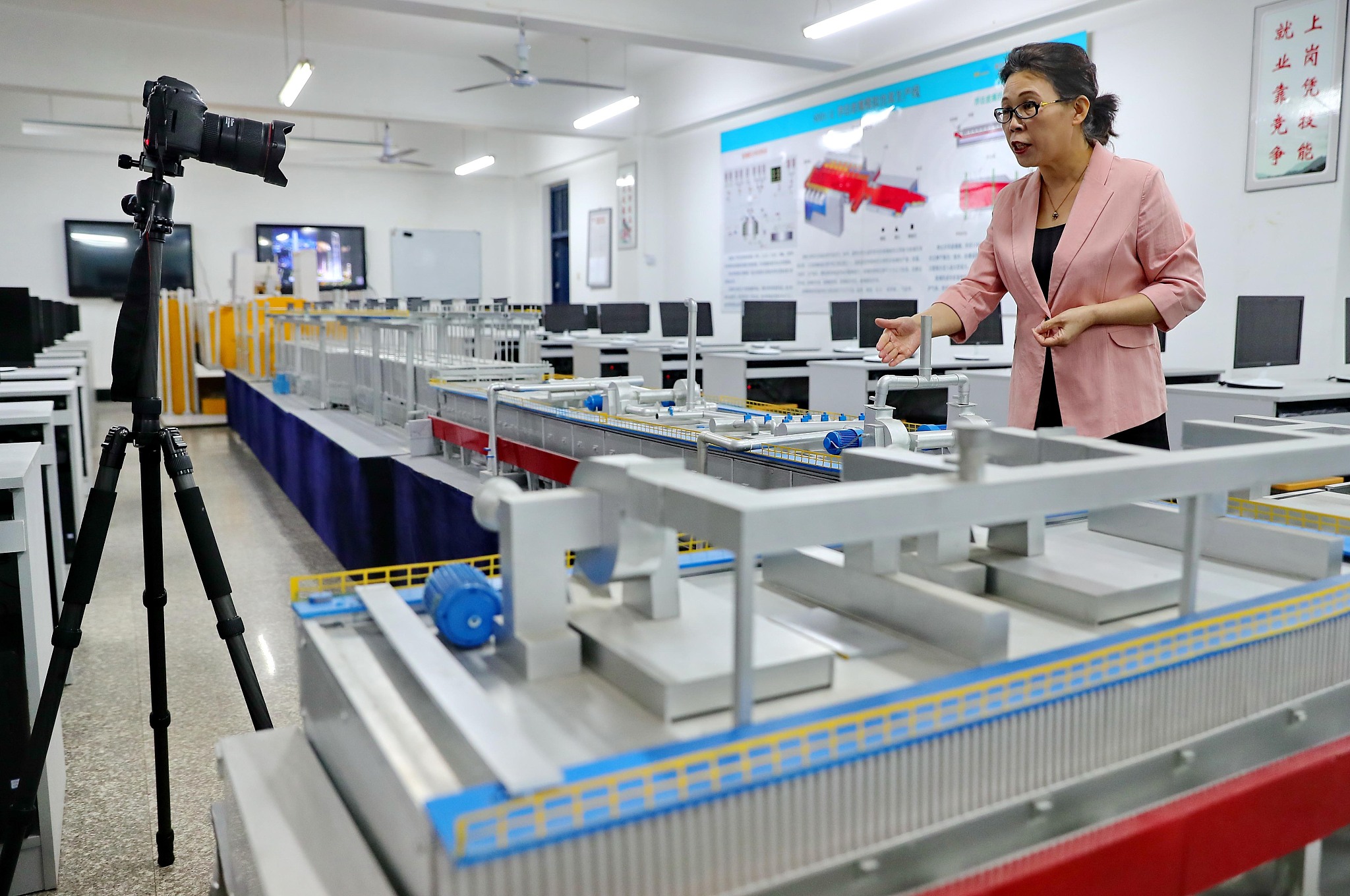 Tapping into the anxiety of Chinese parents

But that provided a gateway for companies to reap more from the anxious parents. Several parents that CGTN talked to said the company encouraged, and even lured parents to pay at least a year's tuition upfront, promising heavier discounts.

A former employee of Xuebajun, a man surnamed Zhu from Anhui Province, said the company started to require them to sell as many classes as possible to parents since early 2020, setting high sales targets and creating a manual that employees should follow when trying to persuade parents to invest more.

"First, you talk about the students' recent improvement in test scores. Then, you point to the potential problems parents may face in the near future. And finally, you explain why Xuebajun offers the solution," said the former employee.

He said during the latest round of promotional events for last year's Double 11, the company generated around one billion yuan in sales. The company's website was unable to be reached after its rumored bankruptcy, and its online education platform was down. 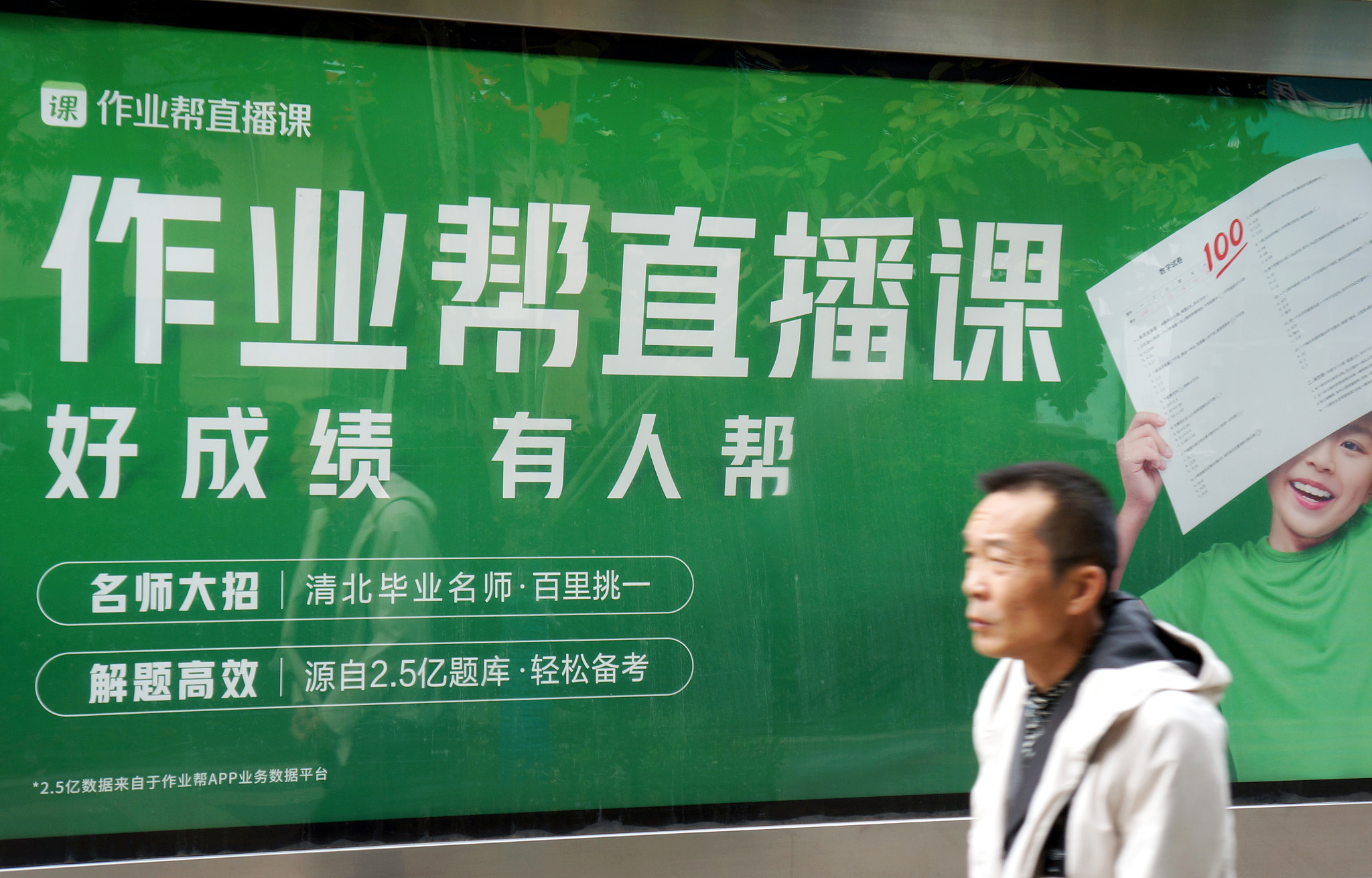 A billboard advertisement for Zuoyebang is seen in Jiangsu Province, China, October, 2020. /VCG

A billboard advertisement for Zuoyebang is seen in Jiangsu Province, China, October, 2020. /VCG

What is behind the fall of Xuebajun?

Take the leading industry player, Yuanfudao, as an example. It spent around 500 million yuan on advertising in the summer of 2019 to attract new customers, and that figure rose to one billion yuan in 2020, according to Chinese media outlet YiMagazine.

In a speech given last year, founder and chairman of the industry juggernaut New Oriental Education Group, Yu Minhong, said the industry norm is that for every new customer, half of the tuition paid would be used to cover the cost of acquiring a new customer, which means the business runs on very thin margins. 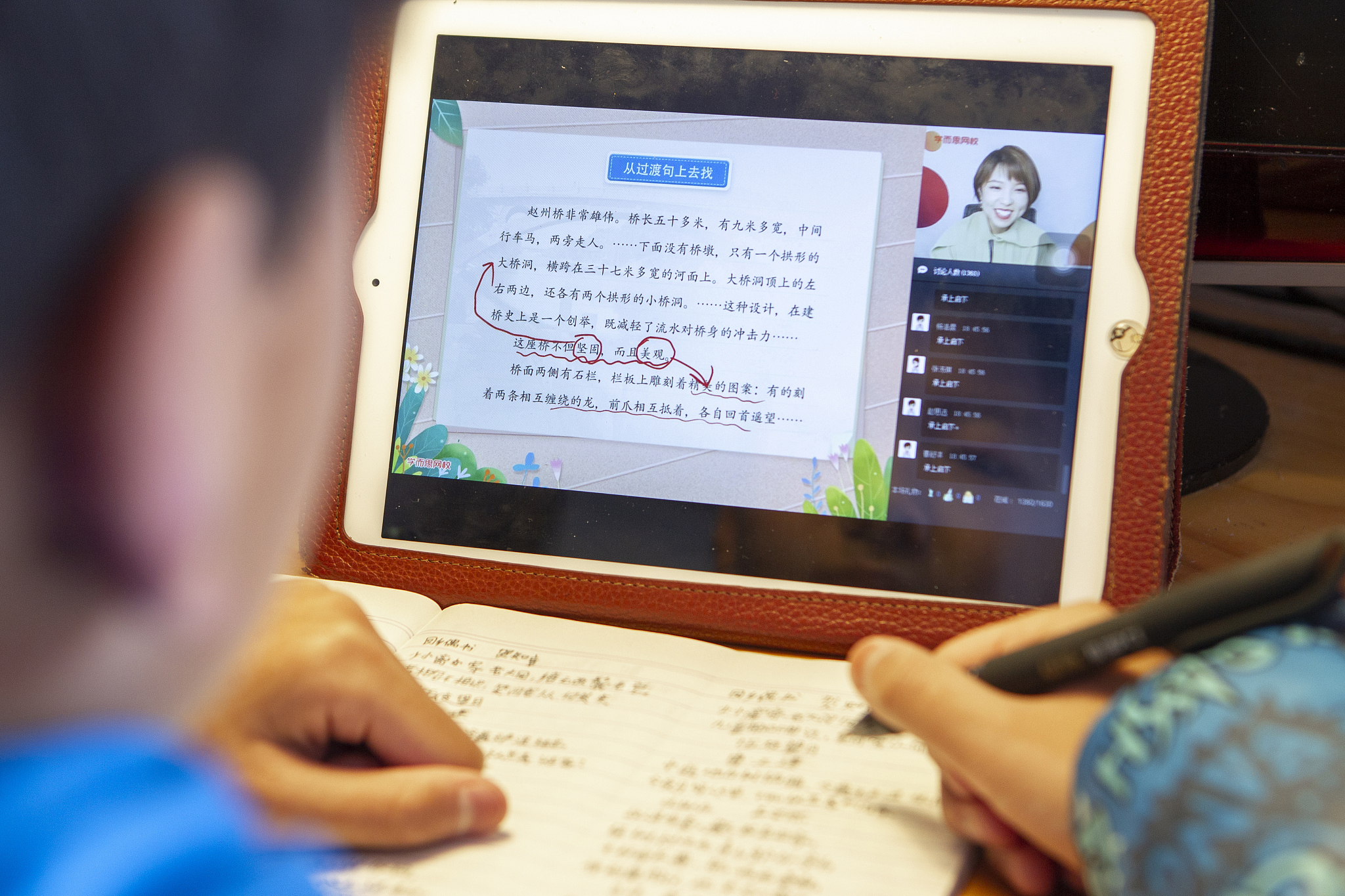 Xuebajun's business model of one-on-one video tutoring, was also behind its rapid fall. Though one-on-one tutoring is more likely to improve learning and boost grades, it is a costly business. In the case of Xuebajun, around half of the hourly fees paid by parents are used to cover the salary of teachers, according to Zhu. In comparison, the current industry giant Yuanfudao closed down its one-on-one tutoring business entirely in 2019, and pivoted to group classes.

A 2019 policy from the Ministry of Education stated that no online education platform could charge tuition fees that exceed a three-month period, or the equivalent of 60 class sessions. But many parents that CGTN talked to said they had deposited more than 100 class sessions' worth of tuition in the company and now found it impossible to get it back.

The most devastating impact of the incident, is that now some Chinese parents say they would reconsider another investment on their children's education.

"The pandemic has already dealt a huge blow to my business, and now here came another strike," said Duan, the father devastated by financial losses this year. "I am not sure if I can afford any tutoring for my son in the near future."