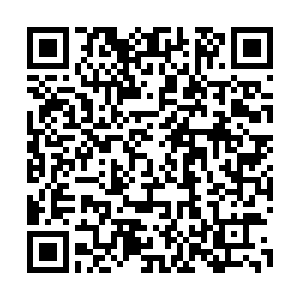 European firms already in China are welcoming the new investment agreement between China and the European Union (EU), with many stating the deal would open the door to additional opportunities.

Following seven years and 35 rounds of negotiation talks, China and EU reached a comprehensive bilateral investment agreement last week, which will come into effect after ratification by both the Chinese government and the EU Parliament. For European firms in industries such as automotive, financial services, and healthcare, the deal will make it easier for them to set up firms in China.

German manufacturer Bosch, which regards the China market as one of its most important, said it was very happy to see that the China-EU comprehensive bilateral investment agreement would prohibit compulsory intellectual property transfer.

"European companies are worried about intellectual property – whether China research could be used to serve global markets. But the new deal has made European firms relax," said Chen Yudong, president of Bosch China.

"We think China's door is opening wider. And we will put more investments into the China market and will use the China business to serve the German market. So the deal will definitely boost our investments," said Chen.

The German firm has invested 50 billion yuan (about $7.75 billion) in China in the past decade. Despite the pandemic, Bosch's sales, ranging from home appliances to car parts, grew steadily in 2020, reaching more than 100 billion yuan. The company recently set up a new R&D center in Wuxi City, in eastern Jiangsu Province, last November.

Meanwhile, another European firm – home appliance maker Vorwerk – is also planning to take advantage of the new opportunities. Despite the pandemic, sales of its products like vacuum cleaners and food makers rose steadily in 2020, and the new investment agreement has given the firm the confidence to expand its business here.

"The deal is extremely important for us because our investment decisions will be much more predictable. Our business will be stable and there will be more guarantees for us. The deal was very encouraging for us," said Cha Sheng, general manager of Vorwerk China.

"We need experience, expertise, and technology from the EU, especially because the U.S. is cutting off the supply with China. For the EU, they are very developed [and] they have companies and big brands. China is now the most promising market in the world definitely, EU companies will find the China market very profitable and promising for their growth, especially given the economic downturn," said Liu.

Global trade was hit hard by the pandemic in 2020, but bilateral trade between China and the EU grew steadily over the past year.