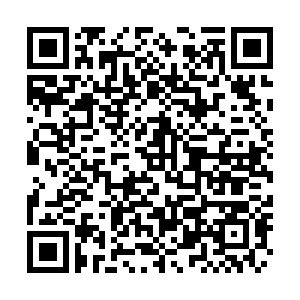 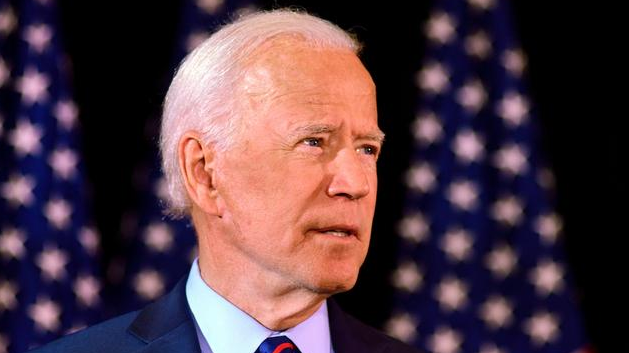 Editor's note: Zhao Minghao is a senior research fellow at Charhar Institute and an adjunct fellow at Chongyang Institute for Financial Studies, Renmin University of China. The article reflects the author's views, and not necessarily those of CGTN.

President-elect Joe Biden will take office in two weeks. The incoming administration, with a strategic objective to "lead the world again," is determined to restore the U.S. global leadership and disperse the clout of Trumpism. However, embarking on that journey isn't easy. Restrained by Trump's foreign policy legacy, Biden is facing political and structural roadblocks.

Political roadblocks mainly stem from the deep division that has been taking shape due to different opinions among people of political parties, classes and races, as well as weaning support from Americans for Washington's leading role in international affairs.

Structural roadblocks refer to the country's declining economic strength, which fundamentally curbs the prospect of a return to where it was prior to Trump. The Biden administration will have to deal with the pandemic-induced difficulties in reviving the economy, a sharp rise of federal debts and multiple challenges against the perennial U.S. dollar hegemony.

In the November election, Trump secured more than 73 million popular votes, indicating that both Trump's domestic and foreign policies were still popular among a great number of Americans. This is proof that the "America First" approach has a solid societal base and Trumpism has left a deep-seated imprint on U.S. foreign policy. Just like what Michael Beckley, a professor from Tufts University, said in a Foreign Affairs article: "They hope that once Trump has left the Oval Office, the United States will resume its role as leader of a liberalizing world. Don't count on it."

In terms of trade policy, Trump has pressured other countries to amend trade pacts in a bilateral approach and threatened to leave the World Trade Organization (WTO). While Biden says he is in favor of trade policies that will "benefit the middle class," it reflects a path that's more or less similar to Trump's "Buy American and Hire American" philosophy. Once taking office, he will push for partial normalization of trade relations and stop attacking the WTO, but he will probably not be able to shift Trump's entire policy orientation in a significant way.

As the incoming national security adviser Jake Sullivan and some other officials expressed, Democrats have developed a different view toward the world economic and trade issues. Embracing a "new economic philosophy" and reinforcing protection for working- and middle-class Americans have become their priority. Even the progressive wing within the Democratic Party also opposes the blind pursuit of free trade and supports returning manufacturing to the country. After Biden takes over the helm, he will unlikely cancel the Trump tariffs without a reason, but is more than likely to use them as leverage to seek so-called "fair trade."

In the last four years, the Trump administration has transformed national security policy. By launching a multifaceted campaign against China and Russia, it has shifted its focus from "counterterrorism" to "major power competition". Similarly, Biden will stick with this strategic focus and inherit some Trump legacies to advance U.S. interests.

Some American strategists believe that the ability to exert deterrence is a prerequisite of power competition. Although Biden has criticized the outgoing president's spending on defense, he has also said he won't substantially cut the spending.

On the geopolitical front, the Trump administration has pursued a "Free and Open Indo-Pacific Strategy" and strengthened its partnership with Japan, India and Australia to reinforce the U.S.'s military might in the region. In the Greater Middle East, the strategy of military contractions has dictated an expedited withdrawal from Afghanistan and an intensifying effort to build an Arab coalition so that there will be less security burden on the U.S.

The idea of minimizing the cost to maintain U.S. hegemony can also be a geopolitical approach Biden may perpetuate. On the Indo-Pacific strategy, the focus on "free and open" may shift to "security and prosperity" in name, but the core of the policy won't be altered. The incoming administration might attach greater importance to economic policies under the Indo-Pacific framework, while furthering its cooperation with Europe and the Association of Southeast Asian Nations. In the Middle East, reducing the U.S. military presence is likely to persist.

In sum, Biden entering the White House does not mean the U.S. is back on its pursuance of "the liberal international order". In the next few years, the Biden administration will probably find it difficult to begin a new era that belongs to him. But rather, it may witness the extension of the post-Trump era. Trumpism without Trump will continue to exert its influence on U.S. foreign policy.