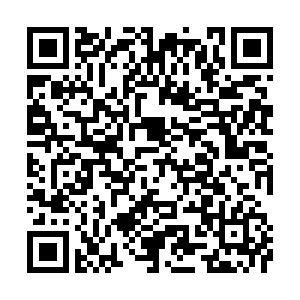 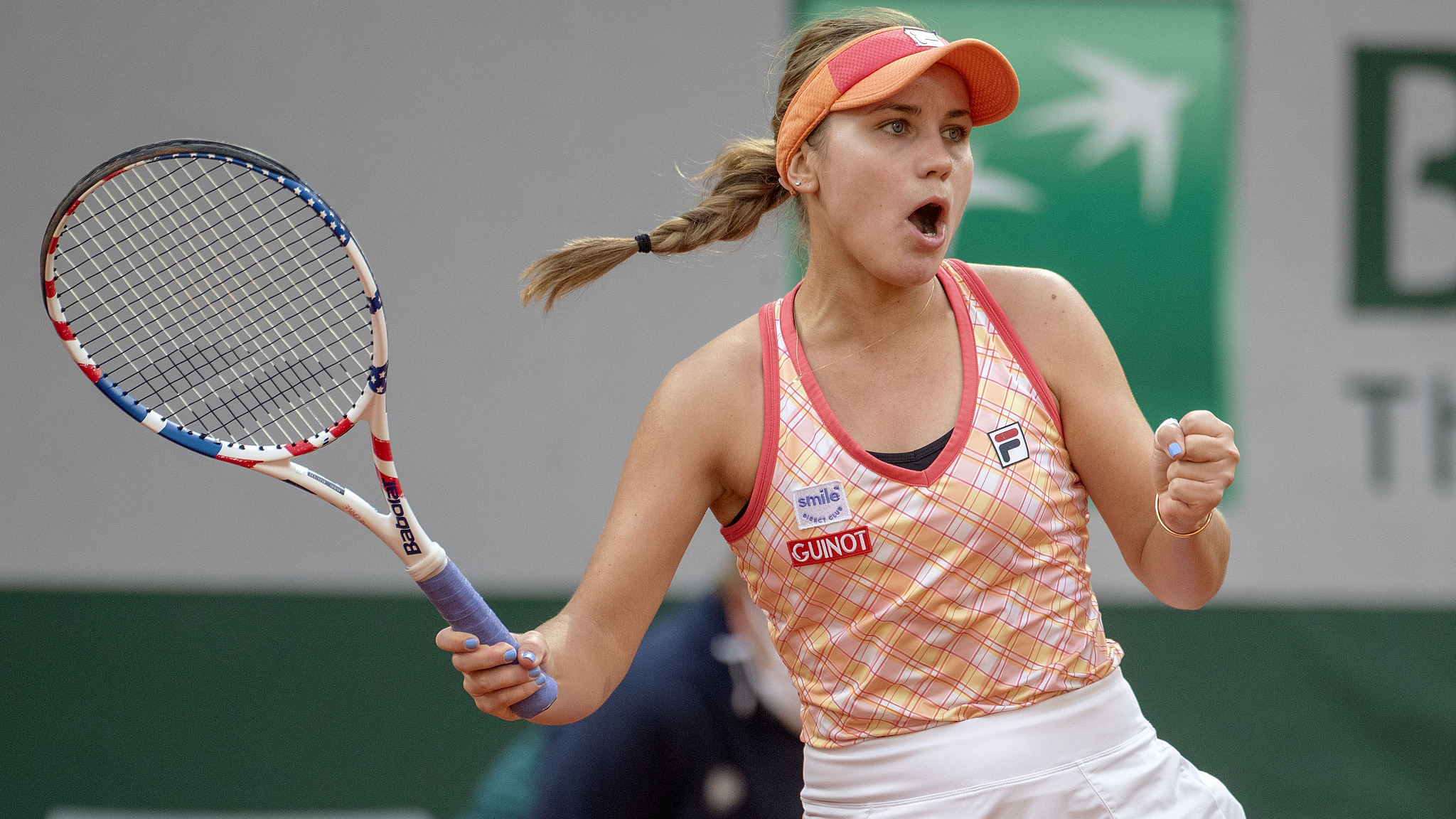 Sofia Kenin of the United States competes at the 2020 French Open at Roland Garros in Paris, France, October 8, 2020. /CFP

Sofia Kenin of the United States competes at the 2020 French Open at Roland Garros in Paris, France, October 8, 2020. /CFP

The 2021 Women's Tennis Association (WTA) season officially kicked off in Abu Dhabi on Wednesday and players are adjusting to the bio-bubble circumstances at the event before they all move on to Melbourne for the delayed Australian Open, which is now scheduled to start on February 8.

Kept in a bubble to reduce the risks imposed by COVID-19 to the minimum, many players acknowledged the tough situations but said they were happy as the season had finally started.

"It's not the most ideal situation," said Sofia Kenin, defending Australian Open champion, at an online press conference on Tuesday. "I wish we could go out and walk around the city but we can't. It is what it is. I'm just happy to be here. I'm happy to be traveling. I'm trying to keep it as normal as possible... The rules are quite harsh, but it's for everyone."

The 500-level women's tennis tournament in the United Arab Emirates capital was put on the calendar as a last-minute decision in order to give players an opportunity to compete before they hop on special chartered flights to Melbourne.

Although exempt from Abu Dhabi's mandatory 10-day quarantine, players must adhere to strict rules limiting their movement to just the hotel and the tournament site at Zayed Sports City.

The restrictions aroused some dismay among players. 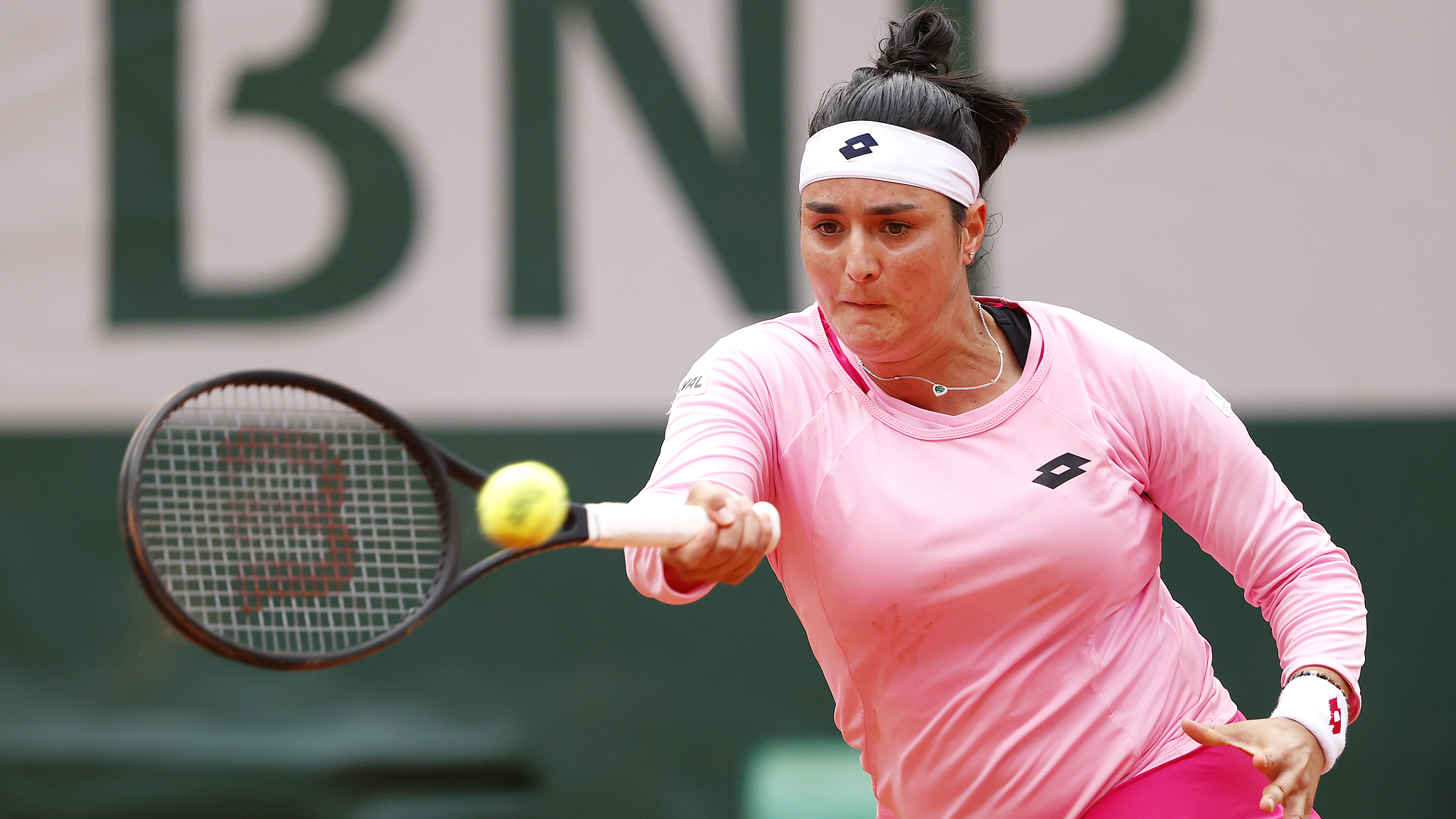 Ons Jabeur of Tunisia plays a forehand during her women's singles fourth round match at the 2020 French Open at Roland Garros in Paris, France, October 6, 2020. /CFP

Ons Jabeur of Tunisia plays a forehand during her women's singles fourth round match at the 2020 French Open at Roland Garros in Paris, France, October 6, 2020. /CFP

However, such bubble conditions are likely to stay as a norm for them in the season ahead as COVID-19 resurgences are taking place around the world and confirmed cases are being spotted continuously in professional sports leagues.

Upon the completion of the Abu Dhabi event by mid-January, all players participating in the Australian Open will board chartered flights directly to Melbourne and straight into quarantine.

Last month, the opening Grand Slam of the season was pushed back three weeks and settled for February 8 in order to accommodate restrictions on international arrivals to the state of Victoria.

For their first two weeks upon arrival, players will be allowed to leave their hotel rooms for only five hours a day to train at Melbourne Park. However, they will at least find pleasure with some real cheering on the stand as 20 percent capacity will be allowed to attend the Grand Slam tournament.