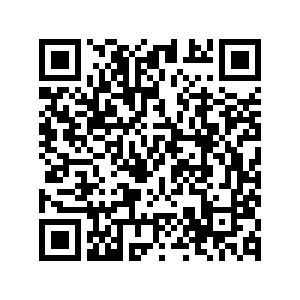 China has instituted a sweeping ban on all imports of solid waste starting from the first day of this year. Formerly the world's largest recipient of overseas waste, how will China's new year resolution affect the recycling industry? How will it help the country in terms of environmental protection?

According to Professor Liu Baocheng from the University of International Business and Economics, China allowed the import of overseas waste for economic reasons. As the world's biggest manufacturer, China needs low-cost materials, many of which were recycled from foreign waste. The total revenue of China's recycling industry is more than three times of that of the country's electronic industry.

"There was a trade-off between environmental quality and the cost," Liu said. "Now we're increasing all considerations on the life's quality and also on higher-valued goods. So now we have better rules to really ban the import of foreign waste."

Liu also said that China used to rely on imported metal scrap and paper waste, but now domestic manufacturers are producing large amounts of metal and paper waste that can match the quality of overseas waste. "It requires the entire supply chain to have a major shift, so even if you produce the waste, it has to be highly recyclable and … enjoy a certain good quality," Liu said.

Speaking on the issue, Wu Changhua, executive director of the Professional Association for China's Environment, said there are many technological innovations that make recycling more environmental friendly. Citing plastic as an example, she said technology to process plastic waste into packaging materials had matured and was workable as long as the waste could be collected and sorted. At the same time, new technologies were emerging to replace traditional plastic, such as disposable biodegradable materials, she added.

However, one of the major barriers to deploy green technologies is cost. "Because some of the emerging technologies in recycling add cost because we do not have the scale yet. So I think deploying those technologies, solutions requires incentives, regulations from the government," Wu said. "That's why China's efforts today not only on banning imports but also domestically are becoming so critical."

Liu thinks there are many ways to take advantage of new technologies and manage waste in a better way: reducing kitchen waste to free up resources that can be devoted to industrial waste; encouraging companies to set up recycling facilities; and launching better recycling regulations.