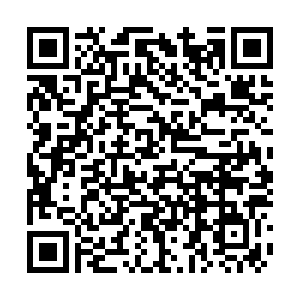 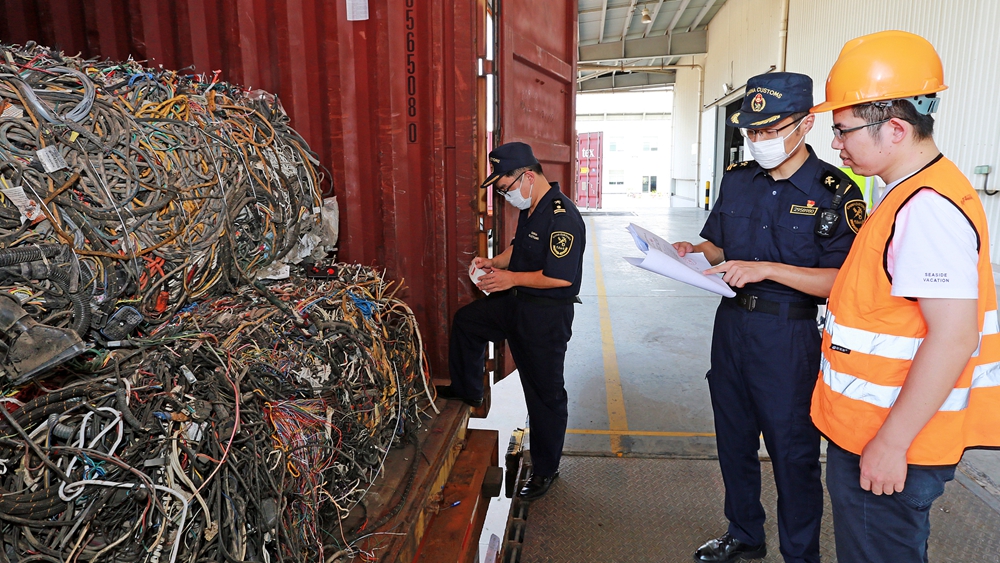 Elchole Cai, 30, resident of a small town in east China's Anhui Province, said she will never forget the moment she read the news about China putting an end to imports of solid waste in 2017. It came as a shock to her because until that moment she didn't know that her hometown had been importing solid waste.

In 1980s, when China hurried up its pace of economic development, the shortage of raw materials especially those desirable for industrial production stimulated the import of solid waste.

The lack of a full-fledged garbage sorting and recycling system in China in those days also made the import of sorted solid waste more favorable for Chinese manufacturers, which found it consumed lots of time and labor to sort the garbage sold by local tricycle-based recyclers.

The large volume made China the world's largest importer of solid waste. The imported material had a role in the booming growth of the manufacturing industry in China. However, it's worth noting that it also brought hazardous environmental pollution, which was reportedly caused by the lack of supervision over waste processing and improper disposal of hazardous materials.

"In the old days, poor capability of waste process aggravated regional environmental quality," Liu Jianguo, a professor at the School of Environment in Tsinghua University, was quoted by People's Daily as saying.

Cui Yan, deputy head of China National Resources Recycling Association, said that in the past, China imported about 20-30 million tonnes of waste paper each year, and among them impurities weighed approximately 300,000 tonnes, equivalent to the volume of household waste produced in a middle-sized city in a year. 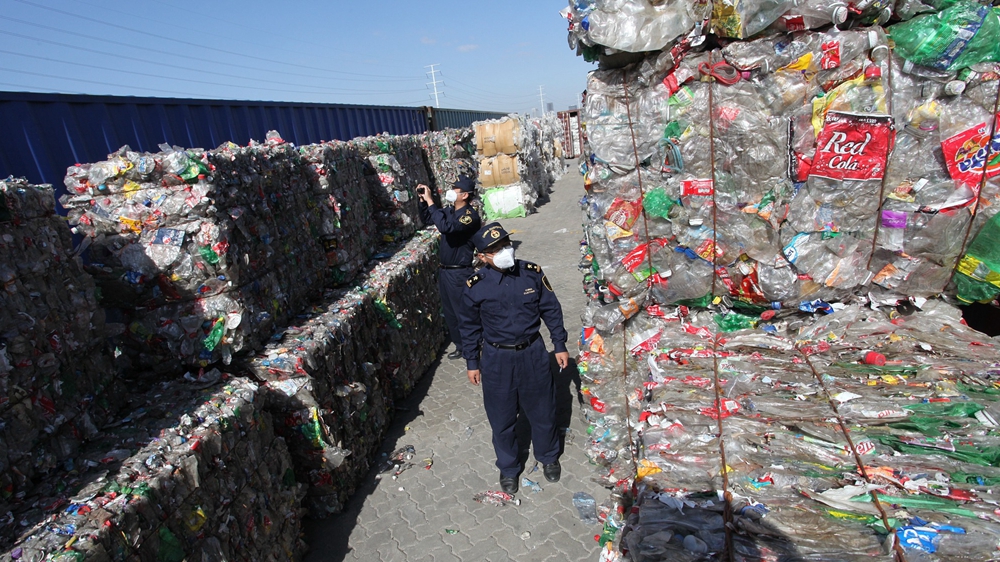 With the growing public awareness of environmental issues and the success of China's green development drive, the import of solid waste has decreased significantly in the past three years.

For example, in late 2017, China banned the import of 24 types of solid waste, including unsorted paper, textiles and vanadium slag.

The gradual phase out of solid waste imports, in some experts' eyes, reflects the country's dedication to balancing economic development with ecological protection.

Industries including steel, digital products and plastic products have different levels of overcapacity and some of the industries used to rely on imported solid waste, so it's time to gradually and finally ban importing solid waste, Liu told People's Daily.

Some experts also highlighted the role of Chinese government's attention on environmental safety and public health.

"Indeed, the gradual ban has something to do with the economic development. It's feasible to ban solid waste import when China has seen a flourishing economy. However, the core consideration of the gradual and final ban is most basic environmental safety and public health," said Mao Da, a policy consultant at the China Zero Waste Alliance, an environmental NGO.

Mao added the ban is the result of concerted efforts, including government's determination to pursue the development of ecological civilization and increasing public attention on environmental protection. 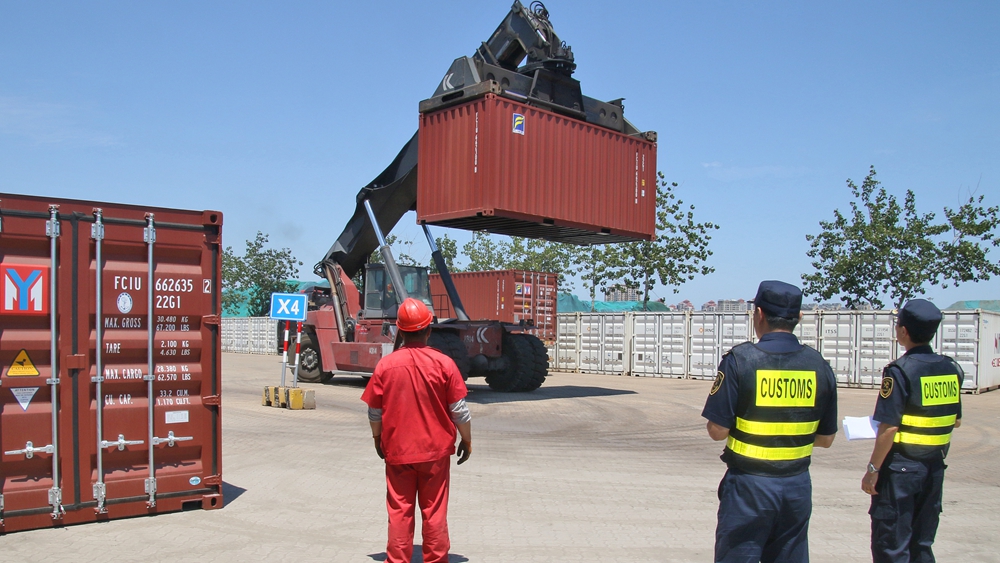 Ban's effect on industries that relied on solid waste

With the imports of waste paper, waste plastics and scrap metal decreased to zero, some relevant industries have to suffer losses. Paper industry is one of the industries suffering from the total ban.

The degree of dependence on import of waste paper was between 25 percent and 40 percent before 2018, according to commodities website sci99.com, adding that the degree was 15 percent in 2019.

Now, with the ban in place, paper companies are expected to import more finished paper.

From January to October in 2020, the volume of imported corrugated paper hit 319.24 million tonnes, an increase of 180.77 percent year on year, according to data from the Central Administration of Customs.

Reports show that the total ban on solid waste import has relatively less effect on the industries that used to rely on imports of waste plastic and waste metal. This not only has something to do with China's years-long efforts in reducing usage of plastics, but also the domestic surplus of scrap metals. 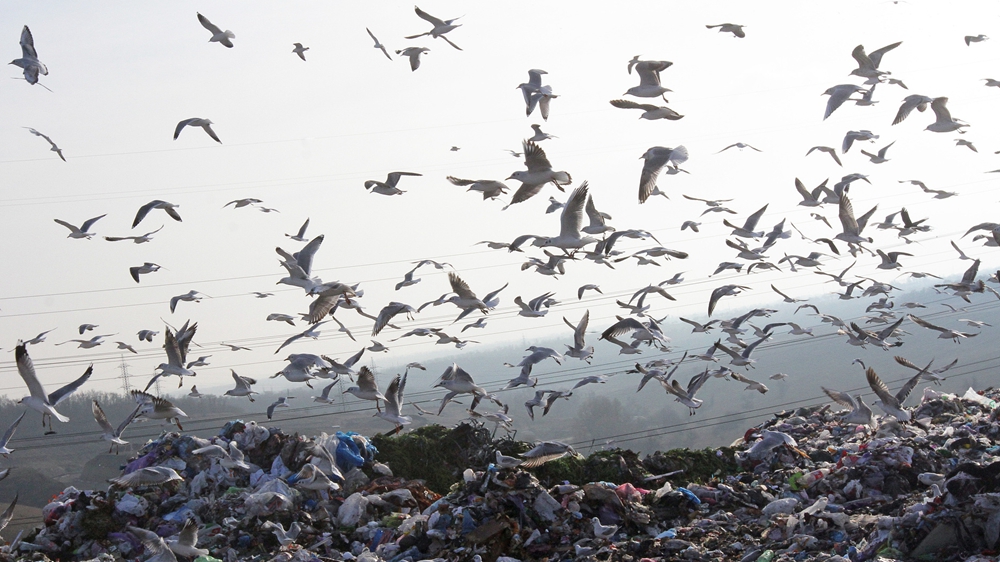 Birds fly above the heaps of solid waste at a landfill in Dnipro, central Ukraine, January 5, 2021. /CFP

Birds fly above the heaps of solid waste at a landfill in Dnipro, central Ukraine, January 5, 2021. /CFP

Western countries, especially those exporting large quantity of solid waste in past decades, have expressed concerns about handling the huge amount of wastes since China began banning import of certain kinds of solid waste in 2017.

There are media reports showing heads or staff workers at recycling centers or companies in countries including the UK, the U.S. and Australia finding it really challenging to treat more waste than before.

During a period of time, some Asian countries, including India and Malaysia, started importing solid waste from the West when China started phasing out the imports. However, these countries quickly realized the lesson China learned from importing solid waste – the environmental and social costs incurred by the treatment of imported solid waste dwarf the limited economic gains.

Since 2019, southeast Asian countries including Malaysia and the Philippines have returned containers loaded with imported solid waste harmful to environment.

"It is surprising for me to find China's ban on importing solid waste, which was put forward to address domestic problems, has produced a ripple effect on the international waste trading system, where developing countries import waste from developed countries," said Mao.