Download
Old but not old-fashioned: Living the dream life after retirement
By Wu Yan, Huang Yichang 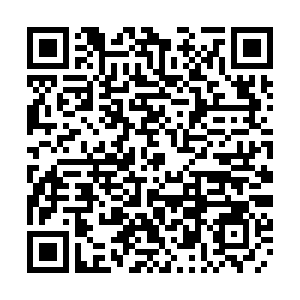 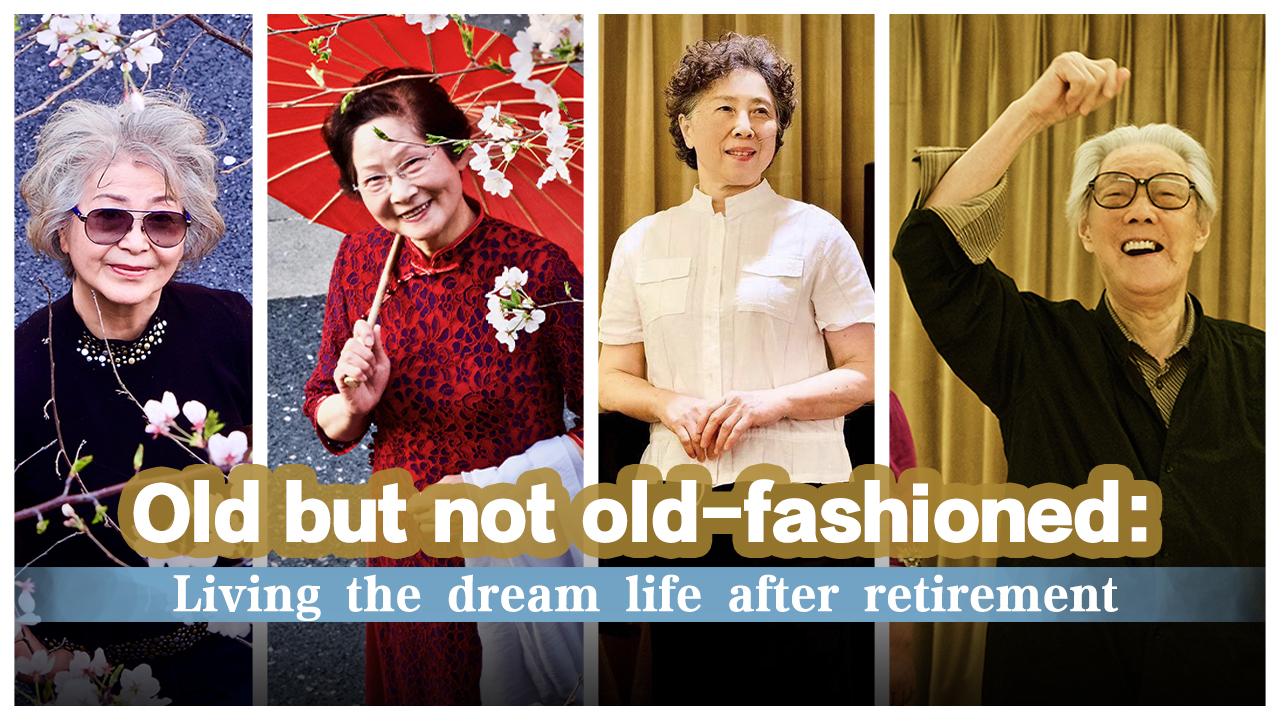 Over cheesecake and coffee, Tong Huiyan and her husband spoke with great fondness about their 2019 Europe trip and the many activities they enjoy with their neighbors.

The couple are living life large in their golden years in a compound in Hangzhou, east China's Zhejiang Province, with other like-minded people. But make no mistake, their small but cozy apartment is not at a nursing home. Instead, the septuagenarians live in a senior apartment community in Liangzhu new town.

The community is specifically geared towards the elderly and caters to their needs, recreational and otherwise. It's a different concept from rest homes, where residents share living spaces and require full-time medical attention.

The compound, which houses over 1,200 retirees, offers essential but optional services like food and medical care, as well as all the trappings of modern life, from a gym to a movie theater and a library.

Here, residents from different parts of China, aged between 56 and 102, lead a dignified life after retirement.

Their modern lifestyle challenges the traditional belief in China that the elderly must stay close to their children to be taken care of. 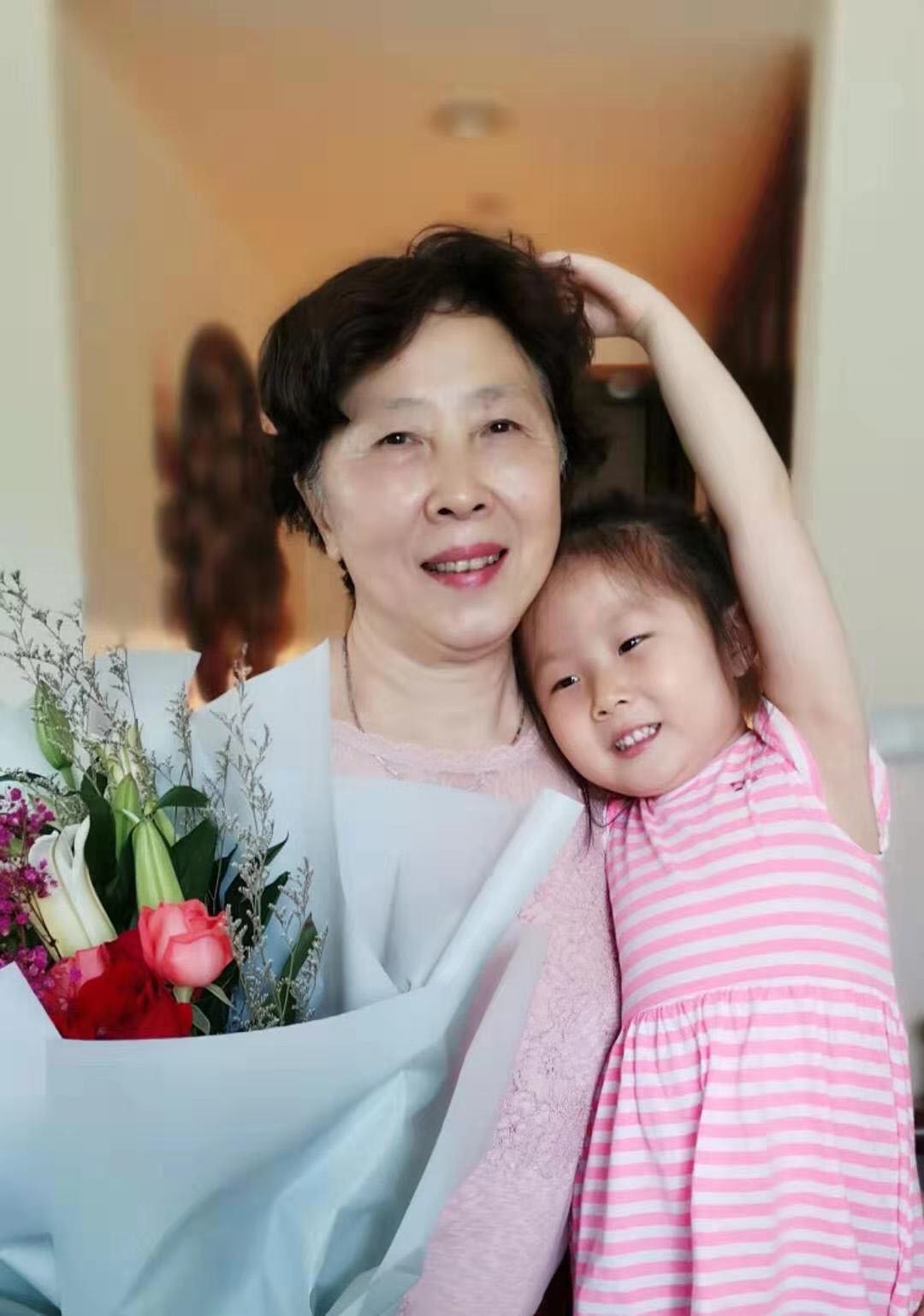 From doubt to support

Tong and her husband have lived in Shanghai before retirement. Their decision to move to Hangzhou was met with doubt and confusion.

"When we informed our Shanghai schoolmates about our relocation, they did not quite understand. They asked why we'd go to a senior institution when we are healthy and capable of taking care of ourselves," Tong told CGTN.

For China's elderly, living close to children and friends is the way to go, or so the traditional thinking goes. Moving out at an old age conjures up images of medical facilities and nursing homes and is often associated with ill health and inability to self-care.

But Tong and her neighbors are proving skeptics and traditionalists wrong, showing everyone that age is but a number and that life after retirement is not bereft of color and flavor.

The couple said they wanted to have some space away from their married daughter so she can lead her own life and they can carry on with theirs.

"My daughter and son-in-law support us. They also wish that we can live a happy life," said Tong, adding that everyone is satisfied with the current arrangement.

"We keep our space from our daughter's family. Everyone needs space," Tong added. "If they encounter difficulties, we must help. But they also need to lead their own life independently, including educating their daughter on their own."

But out of sight doesn't mean out of mind. Despite the distance, there's still intimacy among the family members. Tong's daughter often visits on weekends, and during some holidays, she stays for days at a time.

"This is the state all of us want," Tong said cheerfully. 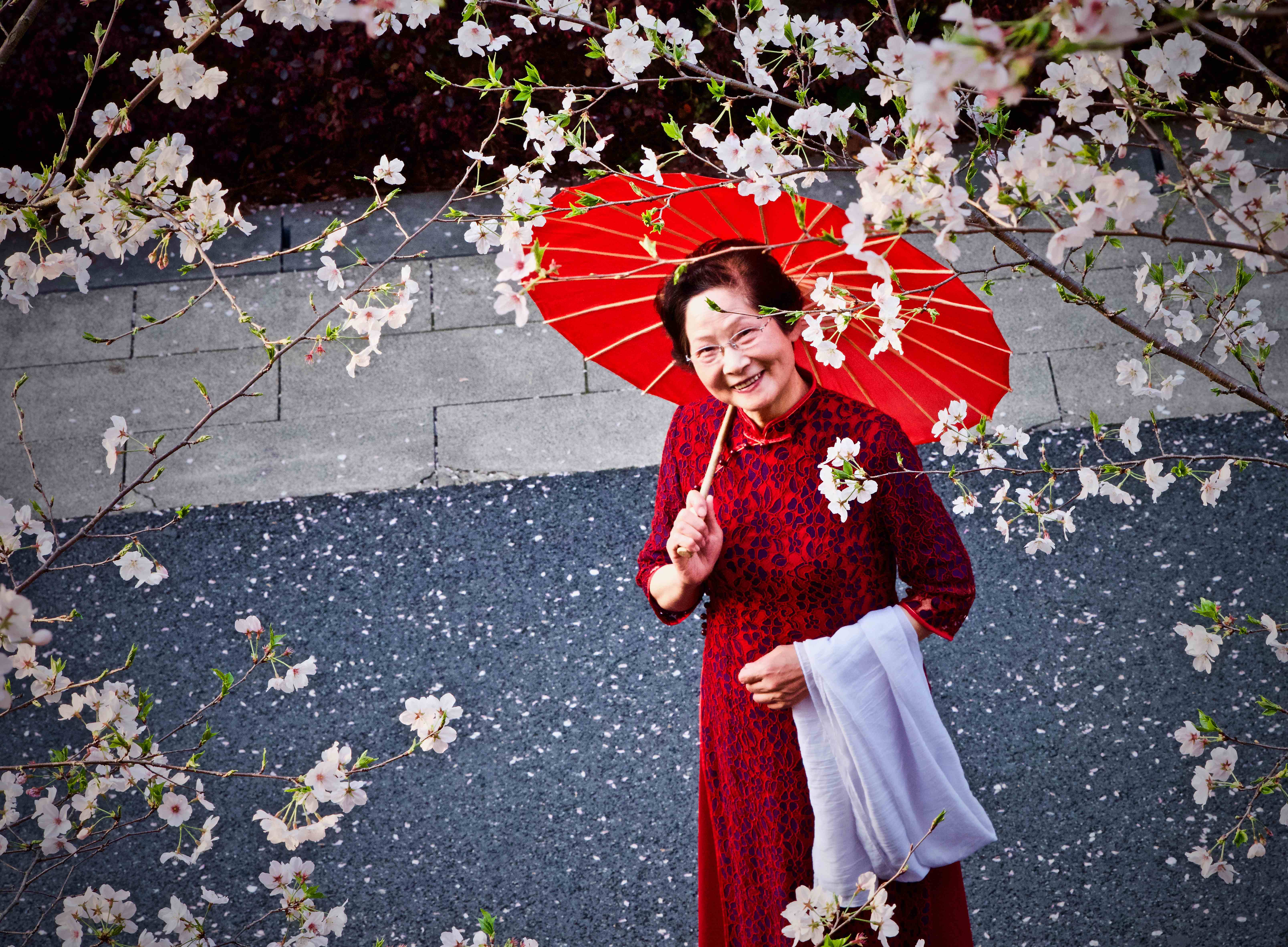 Cheng Lili and her husband live across the hall from Tong. The couple sold their house in their hometown of Shaoxing, also in Zhejiang, and rented their current apartment in 2015. With their only son living abroad, changing cities was not a contentious affair.

"We are in our 70s and our son worries a lot about us," said Cheng. "But my husband and I don't want to bother him. He has children and his job is not easy."

"If we feel under the weather or something in the house does not work, there are always people on call and they come over fast. If I don't want to cook, the cafeteria is downstairs," she said. It's an easier life than in Shaoxing where domestic chores, from cooking and cleaning, were inescapable.

But it's not just convenience that Cheng likes about this place. Peace of mind matters as well. Her husband is a big fan of dancing, but in Shaoxing she used to worry about his safety whenever he'd ride his scooter to parks for dancing performances. Now, he can take classes on-premise and her worries are put to rest.

Cheng says there's no looking back after moving to her new house.

"We will not change our current apartment anymore, and will not stay long in Shaoxing where no one can take care of us for the rest of our lives," said Cheng. "I hope I can stay here till the end with assurance and ease." 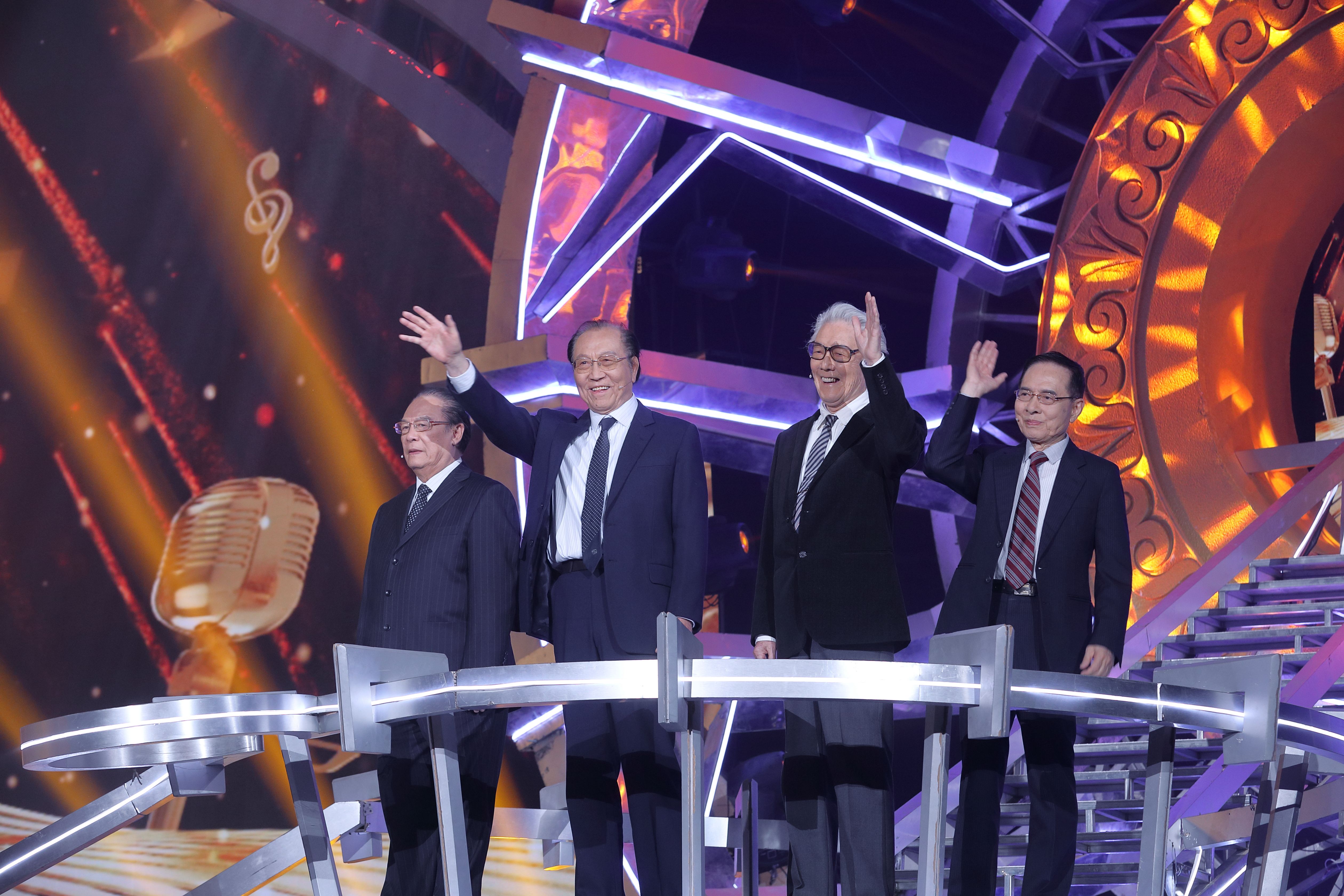 Wang Dezhong, 96, is living his dream life after retirement. In his younger years, he imagined he'd build a big house with a courtyard where he and some of his good friends would live together and support each other. Staying at a senior apartment was a good approximation.

The man is from Fuzhou, east China's Fujian Province. Friends of the same age were in short supply where he used to live, and although his son lived nearby, Wang didn't want to be a burden on his kids.

"My son and daughter have their own families. It's impossible to let them keep me company every day," Wang told CGTN. His new community in Hangzhou however is a "place of connection" as the man put it.

Planned activities and different workshops bring people with the same interest together and help strangers turn into friends. "I find new friends here with shared interests. Closing the door is my private home. Opening the door, I have so many friends and my [social] circle," Wang said.

He even managed to start a music band, deftly named "Old Boys." The four-member group has an average age of 88 but old age doesn't stop them from having fun. They get together daily, belting out songs and entertaining themselves and others. After word got out about their talent, the boy band was invited to perform on shows on local and national TV.

There are more than 20 clubs in the community, from photography and oil painting to Chinese calligraphy and yoga. 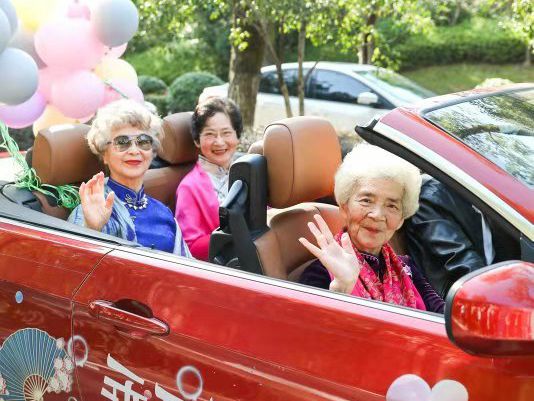 China became an ageing society in 2000 when people aged above 65 exceeded 88 million, accounting for seven percent of the whole population. By the end of 2019, that figure had doubled to 176 million or 12.6 percent of the population, according to the National Bureau of Statistics.

The ageing trend is expected to speed up in the following decades. By 2050, one in three Chinese is forecast to be above the age of 65, according to the China Development Research Foundation, a non-profit institution.

How to help seniors lead a happy and quality life is an issue the whole society must deal with.

"According to our survey, more than 90 percent of healthy seniors want to live at home," said Yuan Xin, director of the Research Center for Ageing Development at Nankai University. He told CGTN that among the home-based, community-based and institution-based elderly care, the first one carries the least economic and psychological cost. 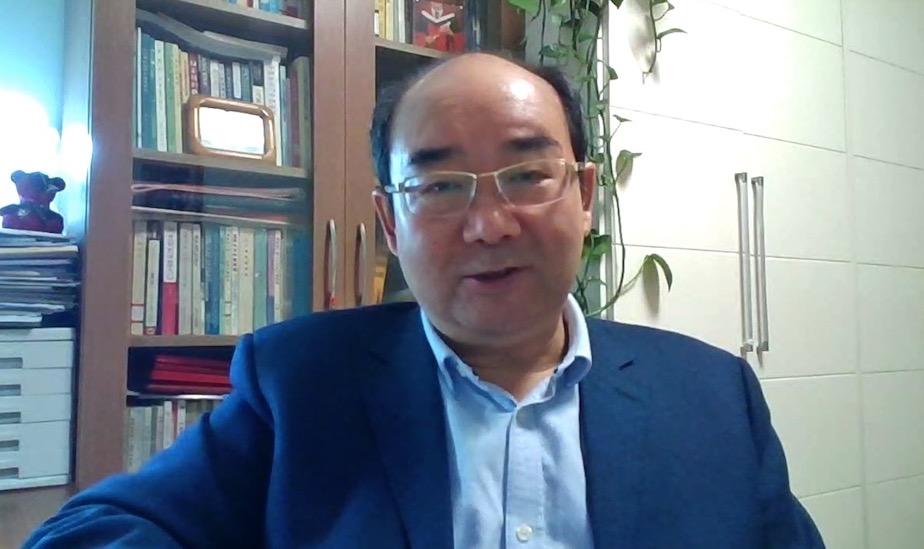 "There is an old saying, 'East or West, home is best.' When one lives in their own house, they feel at home, a kind of warm feeling because the memories of their life exist there," Yuan explained.

Home-based elderly care is a virtue in Chinese traditional culture, which values filial piety. But with increased urbanization and mobility, it has become increasingly hard for parents to ask their children to stay by their side. At the same time, every new generation of elderly people is becoming more educated and open-minded than the one before.

"Their understanding of social development and children's career has changed. This is why nowadays elderly people, including urban seniors, are willing to stay away from their children and live with others who share similar interests," Yuan said.

For Tong and her friends, renting senior apartments is a way of taking charge of their life and having a choice.

"There is no single lifestyle that is absolutely right. Elderly people aren't all the same. If the lifestyle fits you, it's fit for you," the 73-year-old woman said.