Download
Biden can be a responsible leader
Ken Moak 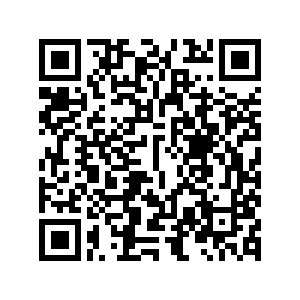 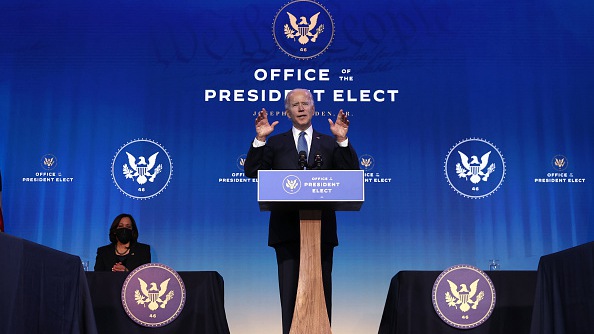 U.S. President-elect Joe Biden delivers remarks before announcing his choices for attorney general and other leaders of the Justice Department at The Queen theater in Wilmington, Delaware, January 7, 2021. /Getty

U.S. President-elect Joe Biden delivers remarks before announcing his choices for attorney general and other leaders of the Justice Department at The Queen theater in Wilmington, Delaware, January 7, 2021. /Getty

There is not a day that goes by without some U.S. politicians, pundits, scholars and media accusing China of "threatening American democracy and way of life". Samantha Power, former U.S. ambassador to the United Nations and currently a Harvard University scholar, wrote in the Jan/Feb 2021 edition of Foreign Affairs, parroted the same unsubstantiated allegations – "lethal covering up the pandemic, bullying diplomacy and extraterritorial belligerence", just to list a couple.

However, how and on what countries did China bully or inflict "extraterritorial belligerence" was not clearly explained or proved. Did China force participating Belt and Road Initiative countries to accept Chinese investment? Did China invade countries that have a territorial dispute with it in the South China Sea? The answer is no.

Indeed, Power and her soulmates are talking about the U.S. rather than China in this light. For example, the U.S. threatened sanctions on Germany if it does ditch the Nord Strom II pipeline. America bullied Canada into arresting Huawei's Chief Financial Officer Meng Wanzhou for fraud allegations, just to list a couple of U.S. "extraterritorial belligerent" acts.

Such bullying tactics not only hurt the targeted countries in terms of higher telecommunication costs and delay in setting up the 5G network, but also hammered the U.S.'s economy and global image. British telecom companies complained that dismantling and replacing Huawei products would take years, cost billions of dollars and delay 5G for years. As revealed by the U.S.-based Pew Poll, the percent of countries having a negative view on the U.S. jumped over the last two to years. Trump's tariffs on Chinese goods raised production costs and consumer prices.

President-elect Joe Biden seemed to recognize the folly of politically or ideological-motivated policies, in light of his national security adviser nominee, Jack Sullivan presenting a foreign policy preview on China, (Russia and Iran) on the January 3 U.S.-based CNN GPS program. In the interview, Sullivan said the incoming administration would treat China as a "competitor" and "partner" at the same time, in accordance with U.S. national security and economic interests. 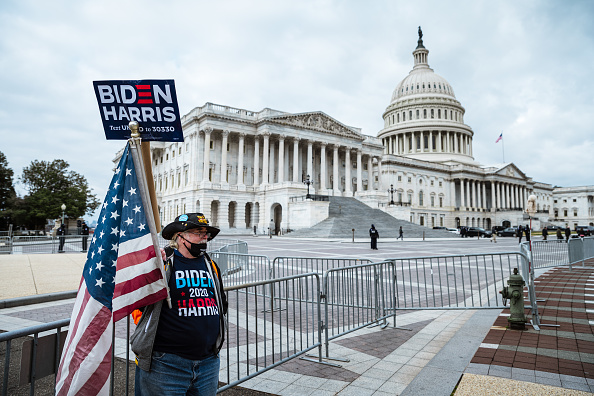 A counter-protester in holding a sign in support of President-elect Joe Biden and vice-president-elect Kamala Harris stands before Capitol Building in Washington, D.C., U.S., January 6, 2021. /Getty

A counter-protester in holding a sign in support of President-elect Joe Biden and vice-president-elect Kamala Harris stands before Capitol Building in Washington, D.C., U.S., January 6, 2021. /Getty

On the policy "shift" change regarding China, Sullivan might be talking about competing with China on matters such as technology through the market, not barring firms from each other's markets. This is a good thing, in that "economic based" competition policies promote innovation and progress, thereby sustaining stable economic growth. For instance, U.S. firms will be able to recapture their biggest market and source of revenue and the Chinese counterparts will not be inhibited from expanding their business opportunities in the U.S. and around the world.

History will tell that policies based on political expediency or ideology usually ends up in disasters because they condone inefficiency in terms of higher production costs and consumer prices, thus undermining economic growth. Trump's China policies can attest to that.

On geopolitics, it is noteworthy that Sullivan neither mentioned the "Indo-Pacific" nor criticized China's alleged "forced labor" policies in Xinjiang and Tibet and the national security law on Hong Kong. In doing so, he not only signaled a less confrontational approach in dealing with China, but also provided a sigh of relief for the Asia Pacific region and beyond. Countries in the region will be able to focus on economic recovery instead of worrying about taking sides. The UK, France and Germany might not have to provoke China by sending warships to the South China Sea as they were pressured to do by the Trump administration.

However, Biden was also reported to be "keen" on recruiting allies to check China's "bad" economic and trade behavior, but that is probably more for domestic consumption than actual policy. First, the incoming U.S. president is fully aware that China did not do a fraction of the "misbehavior" the anti-China accused it of doing. Second, U.S. economic recovery would not be achieved through confrontation, but through cooperation because the American and Chinese economies are the biggest in the world and deeply entwined. Third, Asian and EU allies have signed trade and investment agreements, respectively, the Regional Comprehensive Economic Partnership and EU-China Comprehensive Agreement on Investment, with China, suggesting that they have no appetite for confrontation.

It could be argued that the U.S. foreign policy preview on China suggested that Biden's approach in dealing with China not only showed that Biden is a responsible leader, but his policy could win the "hearts and minds" of most Americans. Being "tough" on China placate the anti-China crowd. Economic-based policies would promote and sustain economic growth and technological advancement, thereby enhancing U.S. national interests as well as those of China and the world. If Biden delivers on Sullivan's policy preview, history will view him as a responsible leader.