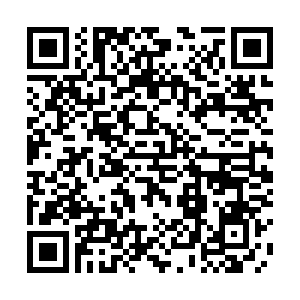 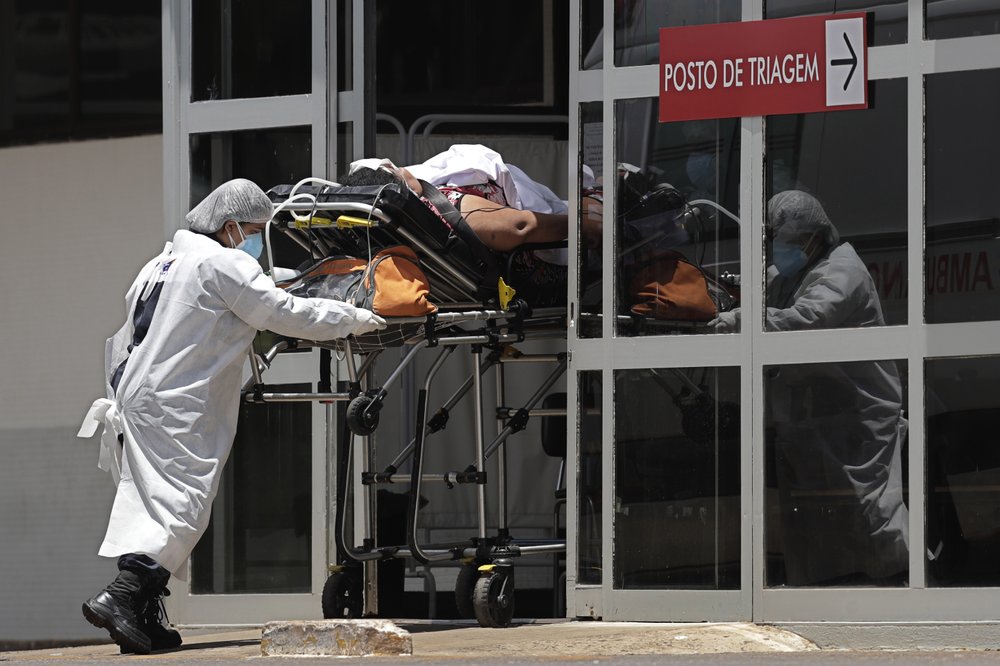 Brazil's government signed a deal with Sao Paulo's Butantan Institute to buy the full output of a Chinese COVID-19 vaccine it is producing, the institute said, after announcing strong efficacy trial data. The announcement came shortly after the country's COVID death toll passed 20,000.

"Today is the day of hope, the day of life," Governor of Sao Paulo Joao Doria said in a news conference.

The national immunization program, using the Chinese vaccine and 100 million doses of AstraZeneca's vaccine to be finished at the federal biomedical center Fiocruz, will start January 20 at the earliest.

Brazil's health minister, Eduardo Pazuello, said at a news conference in Brasilia that President Jair Bolsonaro's administration would buy up to 100 million doses of the Sinovac shot, called CoronaVac. The Sao Paulo state government confirmed the deal, with an initial provision of 46 million doses.

"These shots will be distributed equally and proportionally among all states, as will happen to the AstraZeneca ones," Pazuello said.

Brazilian state health officials announced on Thursday that the vaccine candidate made by China's Sinovac is 78 percent effective in protecting against the coronavirus. More than 12,000 health workers participated in the study, which detected 218 cases of COVID-19 – about 160 of those among people who received a placebo rather than the actual vaccine.

Turkish officials last month said that a smaller, companion study in that country of the same vaccine candidate found an efficacy rate over 90 percent.

Sao Paulo's Butantan Institute, which is Sinovac's partner in Brazil, did not disclose data, such as results by age and gender or the number of asymptomatic volunteers in the sample, which many epidemiologists require to assess whether the shot complies with safety standards.

Officials said details will be published after Brazil's health regulatory agency approves the vaccine. They gave no date for disclosure in scientific publications.

Gonzalo Vecina, one of the founders of Brazil's health agency, said the data revealed so far is reassuring enough to approve the shot for emergency use.

"In the general picture, we do have sufficient information to move on to register and use it," Vecina told The Associated Press. "We need 320 million vaccines for 160 million Brazilians, that's our population above 18 years of age. If the federal government doesn't do it, the state governments will, but we have to do it fast. We are already behind a lot of nations."

The researchers reported no serious side effects in the study.

Brazil's federal government already has a deal to secure up to 100 million doses of the vaccine created by AstraZeneca, 70 million of them produced in home soil.

Pazuello said shots made by pharmaceutical companies Pfizer and Moderna, which have already been proven to be effective, are expensive and bring many legal issues.

Earlier on Thursday, Bolsonaro told supporters in capital Brasilia that vaccines approved for emergency use should not be mandatory. So far, his administration has no national vaccination plan.

"No one can force a person to take something whose consequences are yet unknown," Bolsonaro said. The president, who earlier experienced a bout of COVID-19, repeated he will not take any vaccine. 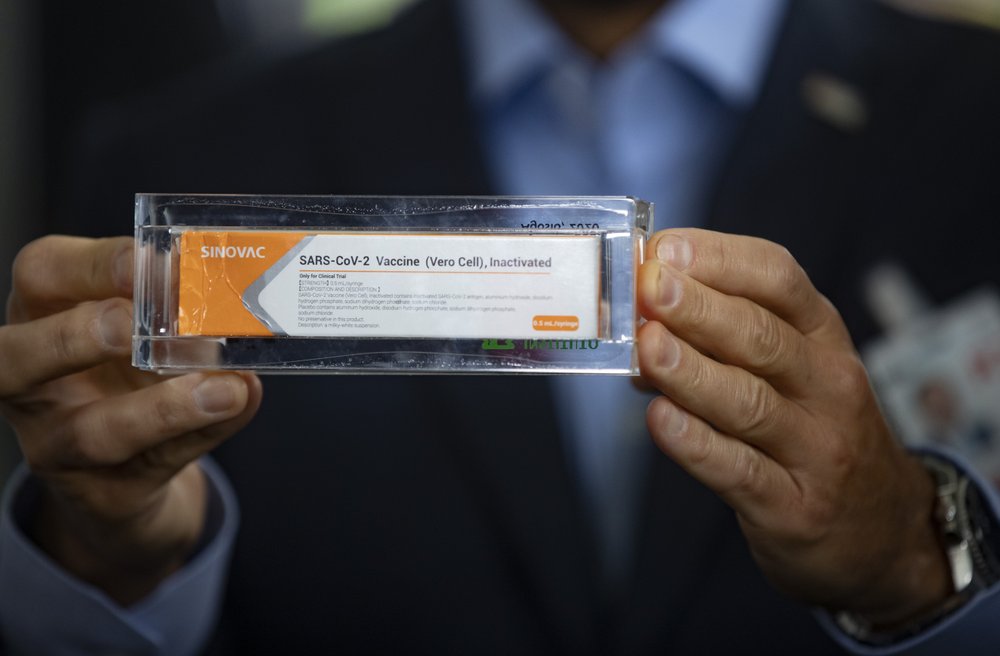 Sao Paulo Governor Joao Doria shows the press a box of an experimental COVID-19 vaccine CoronaVac as containers carrying doses of it are unloaded from a cargo plane arriving from China at Guarulhos International Airport in Guarulhos, near Sao Paulo, Brazil, November 19, 2020. /AP

Sao Paulo Governor Joao Doria shows the press a box of an experimental COVID-19 vaccine CoronaVac as containers carrying doses of it are unloaded from a cargo plane arriving from China at Guarulhos International Airport in Guarulhos, near Sao Paulo, Brazil, November 19, 2020. /AP

Brazil's COVID-19 death toll passed 200,000 on Thursday, the health ministry said, as daily new cases accelerated to a record of 87,843 after year-end holidays in the country with the world's second-deadliest outbreak.

Experts warn Brazil has still not seen the height of cases resulting from people celebrating Christmas and New Year's with friends and family. Others, including Bolsonaro, booked their regular beach vacations at the height of summer in the southern hemisphere.

Pazuello said on Thursday the country is already in a second wave.

"It's a shame what happened in the summer. What we expect is that after January 15, we will, unfortunately, face a critical state again in hospitals," said Rafael Deucher, a doctor in Parana state, where 80 percent of public intensive care beds are occupied.

Immunologists say various factors are likely to exacerbate the second wave. Brazil is still at least three weeks away from beginning its vaccine campaign, according to the government, which has been widely criticized for not moving as quickly as other countries.

"People are tired and are no longer adhering to preventive measures due to psychological strain, but also due to the lack of a unified political discourse," said Alexandre Naime, head of the department of infectious diseases at Universidade Estadual Paulista's faculty of medicine.

"There are many people who are against science and public health, against the mask, and in favor of big gatherings," Naime said.

Brazil registered a 1,524 additional deaths over the past 24 hours, according to health ministry data. Since the outbreak began, nearly 8 million people have been infected, while 200,498 have died.

"We want to offer our solidarity to every family that lost loved ones," the ministry said in a statement.