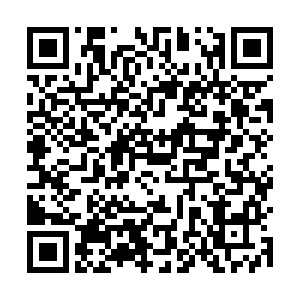 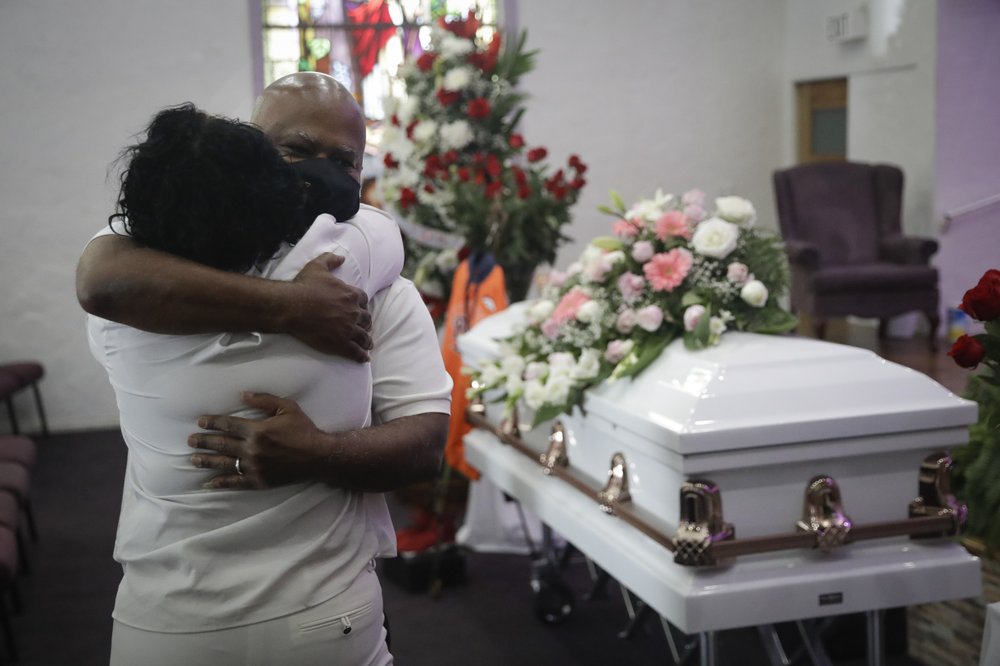 A man is hugged by a relative during a funeral service for his cousin at the Metropolitan Baptist Church in Los Angeles, California, U.S., July 21, 2020. /AP

A man is hugged by a relative during a funeral service for his cousin at the Metropolitan Baptist Church in Los Angeles, California, U.S., July 21, 2020. /AP

The desperation confronting Los Angeles hospitals in coping with the rising number of coronavirus patients reached another level, when its Emergency Medical Services Agency advised EMS personnel not to transport patients with blunt trauma or non-traumatic cardiac arrest to hospitals if they can't be resuscitated.

Meanwhile, funeral homes in the hot spot of Southern California said they have had to turn away grieving families as they run out of space for the bodies piling up.

The head of the state funeral directors association said mortuaries are being inundated as the United States has passed a grim tally of 364,000 COVID-19 deaths. More than 21 million people in the country have been infected, according to data compiled by Johns Hopkins University.

"I've been in the funeral industry for 40 years and never in my life did I think that this could happen, that I'd have to tell a family, 'No, we can't take your family member,'" said Magda Maldonado, owner of Continental Funeral Home in Los Angeles.

Continental is averaging about 30 body removals a day – six times its normal rate. Mortuary owners are calling one another to see whether anyone can handle overflow, and the answer is always the same: They're full, too.

In order to keep up with the flood of bodies, Maldonado has rented extra 50-foot (15-meter) refrigerators for two of the four facilities she runs in LA and surrounding counties. Continental has also been delaying pickups at hospitals for a day or two while they deal with residential clients.

Bob Achermann, executive director of the California Funeral Directors Association, said that the whole process of burying and cremating bodies has slowed down, including embalming bodies and obtaining death certificates. During normal times, cremation might happen within a day or two; now it takes at least a week or longer.

Achermann said that in the southern part of the state, "every funeral home I talk to says, 'We're paddling as fast as we can.'"

"The volume is just incredible and they fear that they won't be able to keep up," he said. "And the worst of the surge could still be ahead of us."

Los Angeles County, the epicenter of the crisis in California, had surpassed 11,000 COVID-19 deaths alone as of Wednesday. Hospitals in the area are overwhelmed, and are struggling to keep up with basics such as oxygen as they treat an unprecedented number of patients with respiratory issues. Last Saturday, U.S. Army Corps of Engineers crews arrived to update some hospital's oxygen delivery systems.

Nationally, an average of just over 2,500 people have died of COVID-19 over the past seven days, according to Johns Hopkins data. The number of daily newly reported cases in that period has averaged close to 195,000, a decline from two weeks earlier.

It's feared that holiday gatherings could fuel yet another rise in cases. The number of infections is thought to be far higher than reported because many people have not been tested, and studies suggest people can be infected with the virus without feeling sick.