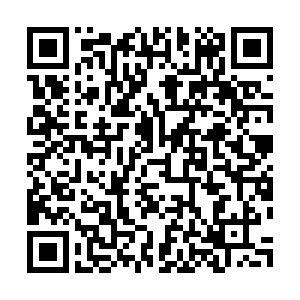 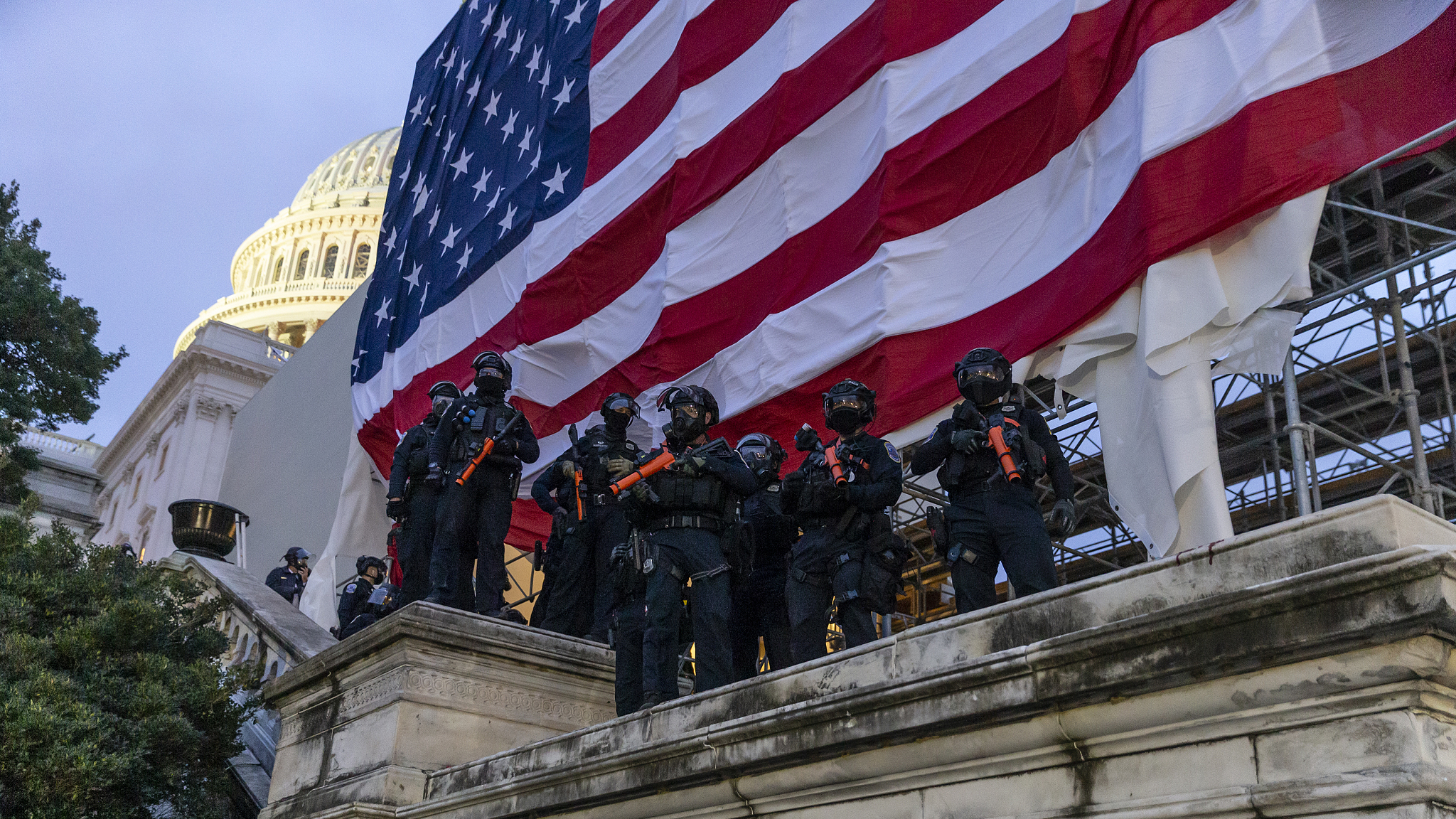 Editor's note: Keith Lamb is a University of Oxford graduate with an MSC degree in Contemporary Chinese Studies. His primary research interests are China's international relations and "Socialism with Chinese Characteristics." The article reflects the author's opinions, and not necessarily the views of CGTN.

It's truly shocking to see the events that took place in Washington, on January 6, as rioters stormed Capitol Hill leading to at least five deaths. President-elect Biden said, "the scenes of chaos at the Capitol do not reflect a true America, [and] do not represent who we are."

Unfortunately, for Biden and the U.S. what we see is representative of systematic chaos within the spluttering hegemon. Unlike the Hong Kong protests where the U.S. both funded, met, and jeered on protesters there is no made-up foreign "bogeyman" for the U.S. to blame. The U.S. cannot point to Russia or China because the fault lies entirely at home.

The storming of Capitol Hill, terrible though it is, is a reaction to the irrational madness of the U.S. system. Outwardly, the protests are a manifestation of Donald Trump's supporters, who claim electoral fraud. This claim has been squarely refuted by the U.S. mainstream media. Either way, there are deeper systemic causes for the chaos on Capitol Hill.

To be clear, I certainly have no allegiance to Trump and I don't know the detailed ins and outs of Trump's electoral fraud case. No doubt, it's easy to write it off as an irrational conspiracy theory. However, so often have the U.S. public been asked to believe mainstream lies that it is no wonder that they now distrust their institutions.

Conspiracy and defrauding the public has in fact been a common play when governing the U.S. For example, illegal wars such as the invasion of Iraq was justified due to weapons of mass destruction (WMD) lies. In terms of foreign election interference and coups, the U.S. leads the way. Then, of course, George W. Bush's election victory in 2000 was marked out by irregularities.

As such, true or not, based on past experiences, it's believed that corruption and conspiracy, even in elections, in the U.S. is rife.

Another systemic contradiction of the U.S. is the disparity between its media's self-propagandized portrayal of itself as the bastion of freedom. The media is in fact monopolized by big business which as we have seen are one and the same as the interests that run the U.S. war machine. Consequently, the media has been all too willing to support lies to justify U.S. imperialism. 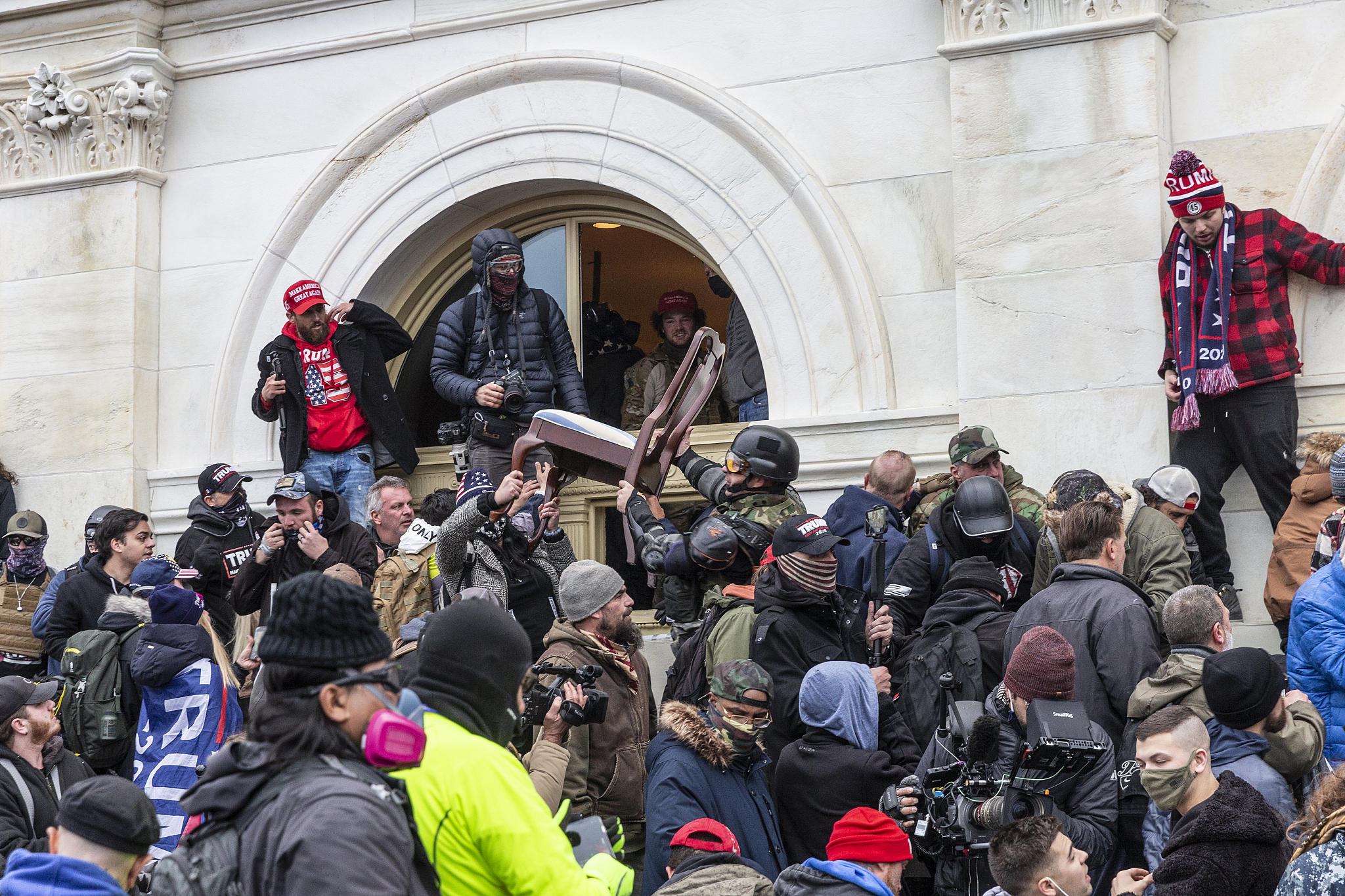 Some rioters breached through the windows into Capitol building and threw furniture out in Washington, D.C., U.S., January 6, 2021. /VCG.

Some rioters breached through the windows into Capitol building and threw furniture out in Washington, D.C., U.S., January 6, 2021. /VCG.

Indeed, to any neutral party, it takes some propaganda to maintain the image of U.S. exceptionalism acting as a force of good against "wicked powers" when the U.S. is involved in so many foreign conflicts and operates a huge military presence across the world.

In contrast, while the U.S. spends bank on foreign wars, at home it clearly is not working democratically for its masses. For example, long ago transnational U.S. capital shipped out manufacturing to the developing world to evade the social-democratic power of its own workers.

Today, U.S. infrastructure is in decay and health costs are sky-high. Both problems come down to the interests of capital who profit handsomely from private health care and car ownership at the expense of overall social development. This privileging of business over the public has also been seen in the COVID-19 response in the U.S.

As such, even if the U.S. does have the trappings of democracy, it is not a democracy. Instead, it is clearly run for its elites who at any rate fund both of the main U.S. political parties. To keep up the charade, the U.S. public has been distracted and dumbed down.

At times distraction comes from actively creating foreign bogeymen. However, even more severe is the dumbing down of the U.S. public through Hollywood propaganda which simplifies the world into a duality of good vs. evil.

In contrast, what is absent is any ability to analyze their plight through the use of dialectics and contradictions. Indeed, such thought processes, encouraged within Marxism-Leninism are demonized. As such, the class contradictions that act as the foundation for Trump's support remains largely hidden to Trump's supporters themselves. The very fact that those so repressed by U.S. capital felt their savior was Trump, a billionaire, demonstrates this sufficiently.

The mainstream media and liberal elites regard these Trump supporters as a degenerate mass. However, this is clearly a state of affairs that is more preferable to them. As such, the events on Capitol Hill represent a reaction of ideologically lost people to an irrational system.