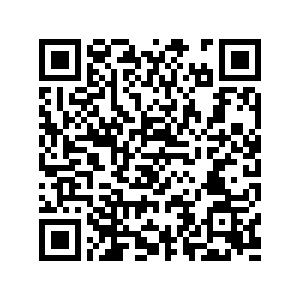 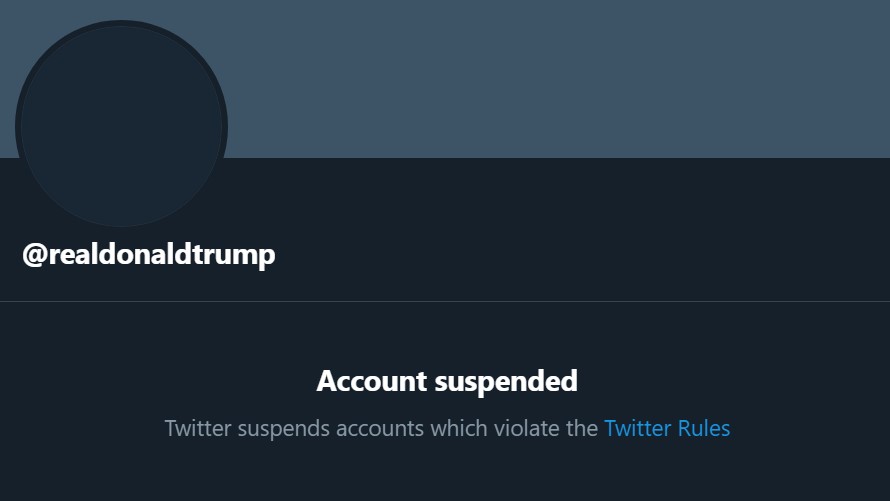 The social media platform Twitter permanently suspended U.S. President Donald Trump's account on Friday "due to the risk of further incitement of violence" following the storming of the U.S. Capitol on Wednesday by hundreds of his supporters.

"After close review of recent tweets from the @realDonaldTrump account and the context around them, we have permanently suspended the account due to the risk of further incitement of violence," @TwitterSafety said on Friday.

The move to suspend the account, which had more than 88 million followers, silences his primary megaphone days before the end of his term and follows years of debate about how social media companies should moderate the accounts of powerful global leaders.

Twitter Inc. late Friday quickly deleted new tweets from U.S. President Donald Trump from an official government account. Trump tweeted, "We will not be SILENCED!" from the @POTUS government account, with 33.4 million followers, after Trump's @realDonaldTrump personal account was permanently banned by Twitter. "Twitter is not about FREE SPEECH," Trump wrote in the now-deleted tweets, adding that he is considering building his own social media platform in the near future. 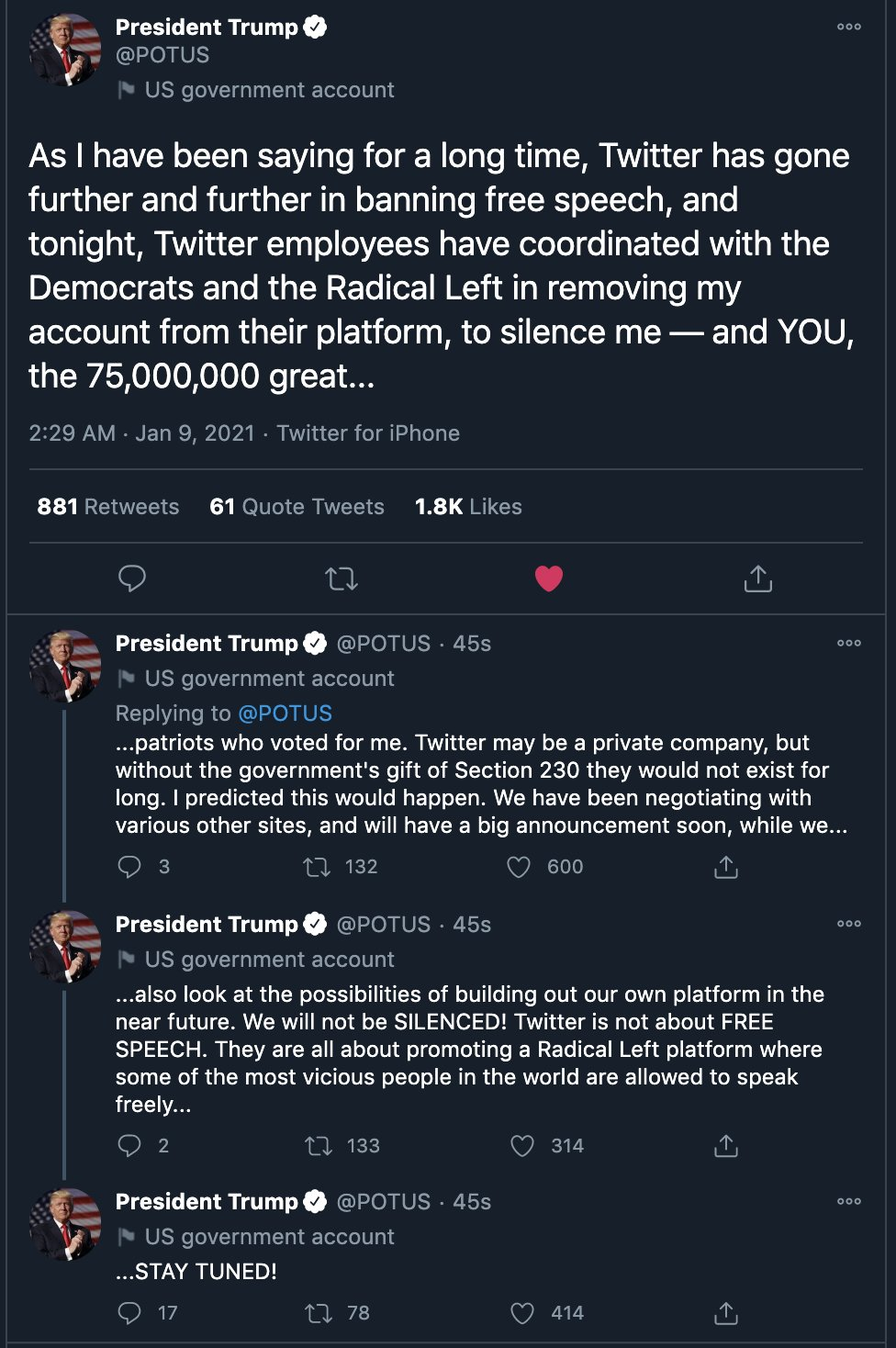 Social media companies have cracked down on Trump's accounts in the wake of the turmoil in Washington, D.C. on Wednesday, which led to five deaths. Facebook Inc. said earlier this week it was suspending his account until at least the end of his presidential term.

The Republican president is due to hand power over to Democratic President-elect Joe Biden on January 20. 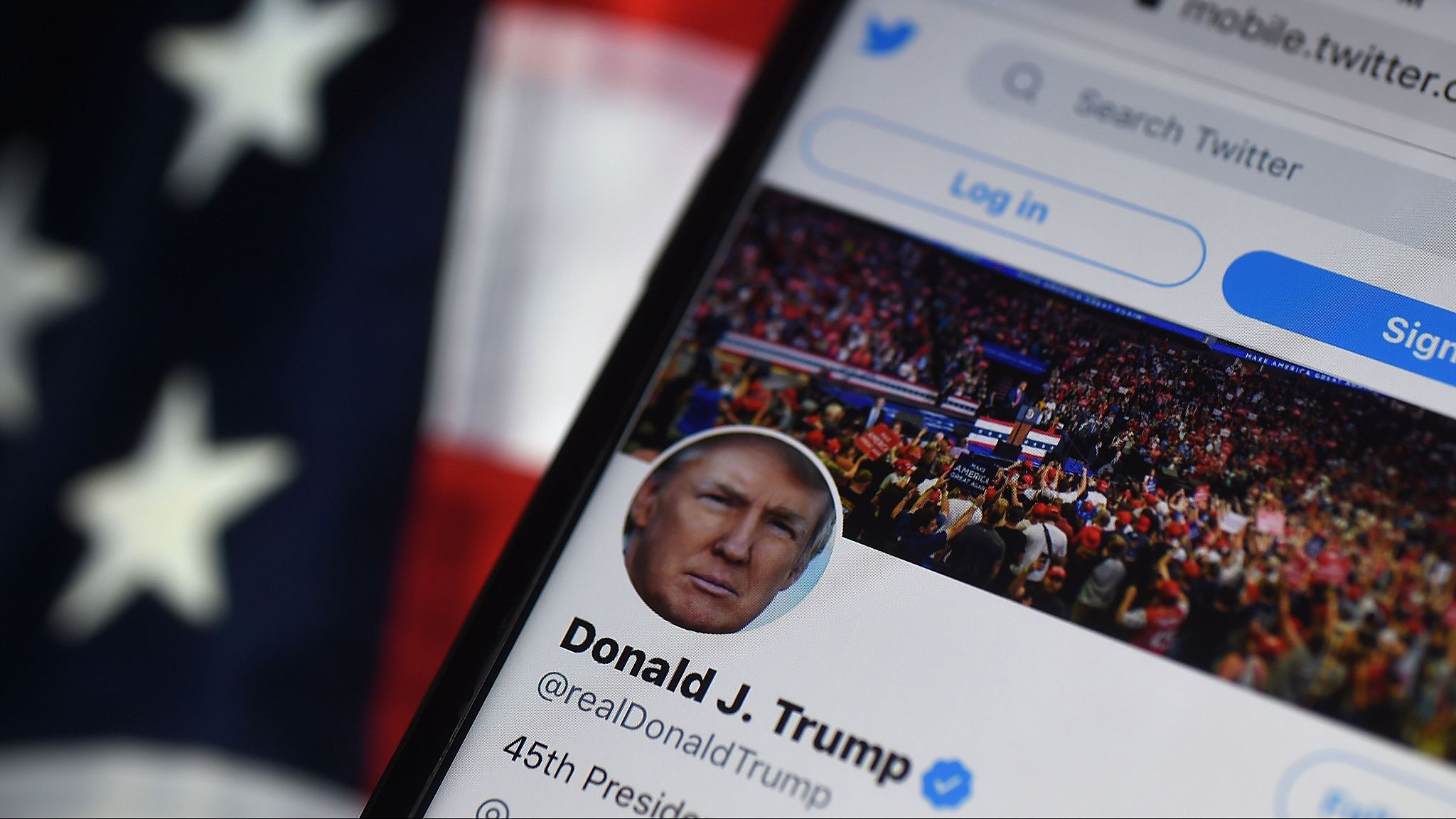 In a blog post on Friday, Twitter said that two of the president's tweets posted that day were in violation of its policy against the glorification of violence.

Twitter had temporarily blocked Trump's account on Wednesday following the siege of Capitol Hill, and warned that additional violations by the president's accounts would result in a permanent suspension.

Trump was required to delete three rule-breaking tweets before his account was unblocked. He returned to Twitter on Thursday with a video acknowledging that Biden would be the next U.S. president.

Twitter said that Trump's tweet on Biden's inauguration was being received by a number of his supporters as further confirmation that the November 3 election he lost was not legitimate.

It said another tweet praising "American Patriots" and saying his supporters "will not be disrespected or treated unfairly in any way, shape or form!!!" could be seen as "further indication that President Trump does not plan to facilitate an orderly transition." 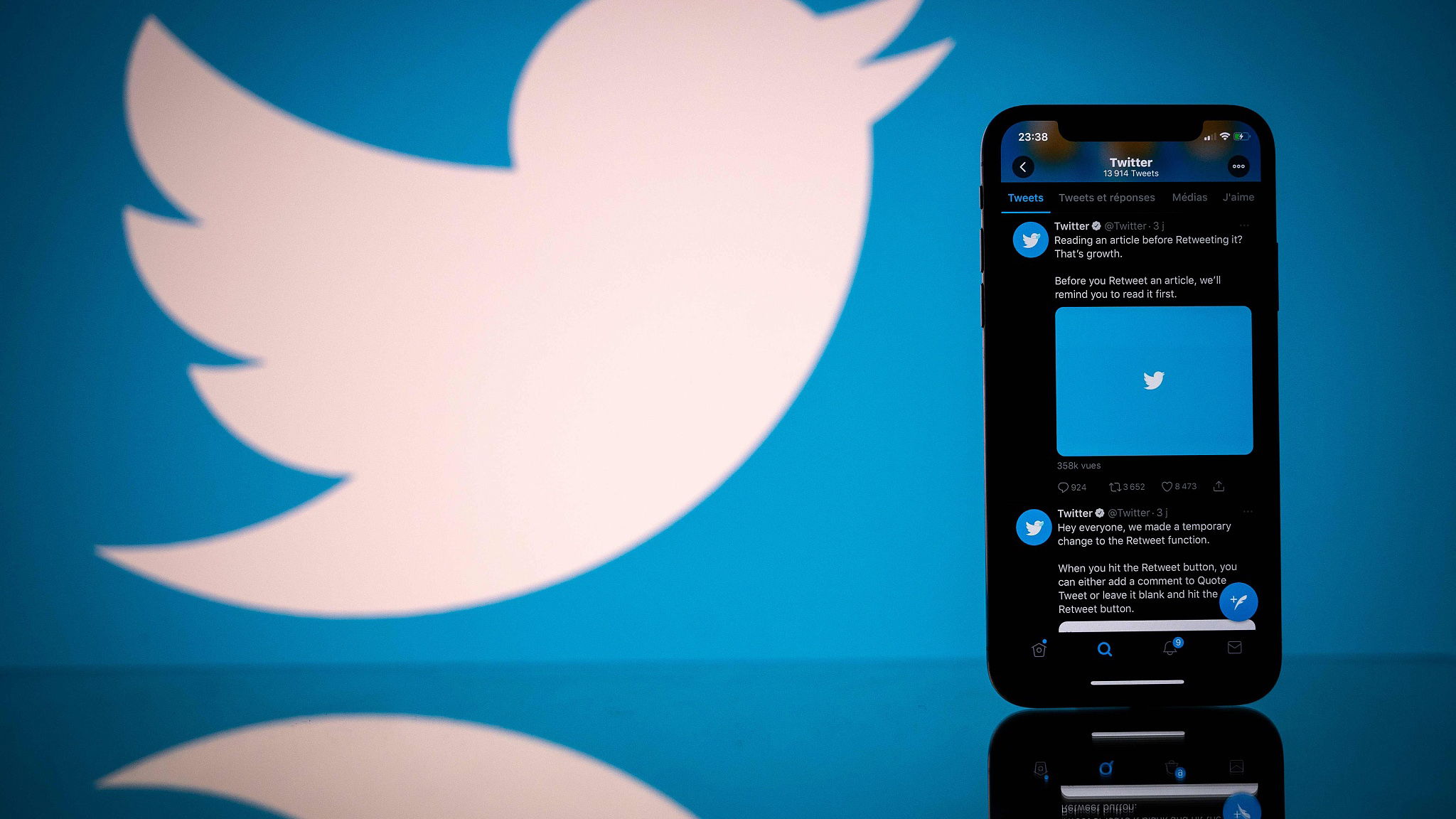 Trump's personal @realDonaldTrump account, which has sometimes fired off more than 100 tweets a day, has been used to reach supporters, spread misinformation and even fire staff.

Both Twitter and Facebook have long afforded Trump special privileges as a sitting elected U.S. president, saying that tweets that may violate the company's policies would not be removed because they were in the public interest. They said he would lose access to those privileges upon leaving office, however.

Trump still has access to the official @WhiteHouse and @POTUS accounts but will lose this when his presidential term ends. Asked if Trump could create another account, a Twitter spokeswoman said if the company had reason to believe he was using accounts to evade Friday's suspension, those accounts too could be suspended.

Asked about the unified action to block Trump on social media platforms, Seth Masket, professor of Political Science at the University of Denver said it was mainly due to concerns that Trump's voice may incite violence and trigger polarization.

"He (Trump) is using it to spread baseless lies about American elections and undermined support in democracy and to essentially promote or incite further violence," Masket pointed out to CGTN, adding the social media companies can help limit the damage Trump could make by playing a role in it.

House Speaker Nancy Pelosi on Friday also called on Trump to resign, stating that she had instructed the House Rules Committee to move forward with a motion for impeachment and legislation on the U.S. Constitution's 25th Amendment, which provides for the removal of a president who is unable to discharge his official duties.

"Accordingly, the House will preserve every option – including the 25th Amendment, a motion to impeach, or a privileged resolution for impeachment," Pelosi said in a statement after a three-hour meeting with House Democrats. "With great respect, our deliberations will continue."