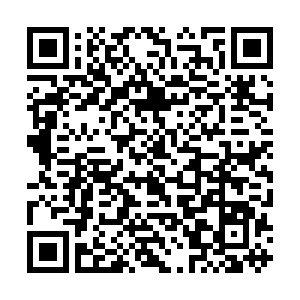 A new Chinese study found that vaccines currently available for mass vaccination in China can effectively neutralize the new coronavirus variant first identified in the UK last month, according to an official in charge of vaccine development under the State Council on Saturday.

Zeng Yixin, deputy head of the National Health Commission, made the statement during a press conference by the State Council joint prevention and control mechanism against COVID-19, an inter-governmental platform involving 32 departments, leading the nation's response to the new coronavirus outbreak.

"Two research institutions have conducted a study specifically on this virus variant lately: the Institute of Laboratory Animal Sciences, and the Institute of Human Virology at Sun Yat-Sen University. By comparing the virus strain that emerged in China from January to June, 2020, with the mutation identified in UK, they discovered the antibodies found in vaccinated monkeys and humans can neutralize both strains," Zeng said.

According to the official, the study, which has been submitted for journal publication and is waiting to be published, should be reason for more confidence in the vaccines.

"At least for now, the mutation does not affect the vaccine efficacy. This is very clear," he added.

The variant confirmed in the UK – 501.V2 – is reported to be more transmissible, prompting over 40 countries to impose UK travel restrictions and British Prime Minister Boris Johnson to announce a new national lockdown from January 4, 2021.

Several imported cases of the new virus variant have been detected in different parts of China.

Zeng said the joint prevention and control mechanism acted swiftly, establishing a specialized research group on the variant. While pointing out that the virus mutates every day, he called for preventive preparation and more study into vaccine development against virus mutations.

So far, over nine million COVID-19 vaccine doses have been administered in China, and the Chinese government has promised free vaccines for the general public in an orderly manner.

A vaccine developed by Chinese drug manufacturer Sinopharm has been given authorization for widespread use.