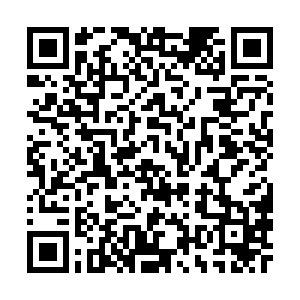 The Office of the Commissioner of the Chinese Foreign Ministry in the Hong Kong Special Administrative Region (HKSAR) on Sunday strongly condemned and firmly opposed the blatant violation of international law and the basic norms of international relations and interference in Hong Kong's affairs and China's internal affairs by some politicians of the U.S. and other Western countries.

The remarks came in response to a so-called joint statement issued by politicians from the U.S. and other Western countries, commenting on the arrest by the Hong Kong police of a number of anti-China elements in accordance with the law.

The spokesperson for the office said that the 53 arrested persons were blatantly plotting to paralyze the HKSAR government and were suspected of crimes of subversion of state power stipulated in Article 22 of the Law of the People's Republic of China on Safeguarding National Security in the HKSAR.

These people are by no means the so-called "democratic activists" as whitewashed and beautified by the politicians, but criminals suspected of subverting state power and seriously endangering national security, the spokesperson said, adding that no one has the right or freedom to endanger national security or to be above the law.

The Hong Kong police took actions in accordance with the law to protect the majority of law-abiding people to better exercise their rights and freedoms and to effectively protect national security, social stability and social peace in Hong Kong.

This shows that the national security law in Hong Kong has mended the loopholes in tackling the collusion between external forces and anti-China elements, who undermined Hong Kong's stable development. The fact has proved and will continue to prove that gone are the days when the troublemakers both in and out of Hong Kong SAR could run amok and endanger China's national security, the spokesperson said.

The spokesperson stressed that China is a country under the rule of law and Hong Kong is a society under the rule of law. The office firmly supports the HKSAR government in its administration according to law and the police in strictly enforcing the law to promote the steady and far-reaching development of "One Country, Two Systems" under the protection of the national security law in Hong Kong.

The office urged these politicians to recognize history and reality, abide by international law and the basic norms of international relations, and immediately stop interfering in Hong Kong affairs and China's internal affairs.