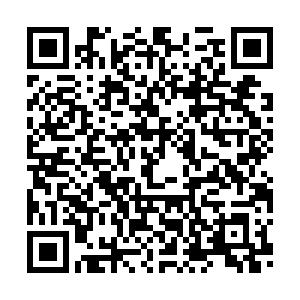 Zhang Wenhong, a leading Chinese medical expert who fought COVID-19 in Shanghai, said on Sunday that he's fully confident that the latest cluster of coronavirus infections in north China's Hebei Province will be controlled in a couple of weeks to a month.

Since January 2, the province has reported a total of 223 locally transmitted cases and 161 asymptomatic cases, Xu Jianpei, vice governor of Hebei Province, told the media on Sunday.

It marks the worst COVID-19 resurgence in China since the epidemic was largely put under control last spring.

The first round of sweeping nucleic acid testing of more than 13 million residents has been competed in Shijiazhuang and Xingtai, the two cities where the new cases have been detected.

About 87 percent of the positive cases live in Gaocheng District of Shijiazhuang City, said Shi Jian, an epidemiologist at Hebei Provincial Center for Disease Control and Prevention.

The highly concentrated regional distribution of the positive cases indicates that the virus has not spread widely so far, he said. But it's possible that new cases will be detected in more districts, he added.

All the positive cases have been transferred to designated hospitals for treatment, he noted.

Shijiazhuang has entered a lockdown since January 6 as authorities strive to contain the latest outbreak. Residents have been required not to leave the cities, except for emergencies. Major highways, train and bus stations were temporarily closed.

The "patient zero" of the latest COVID-19 wave in Hebei may have been infected before December 15, based on preliminary results of epidemiological investigations, Shi said.

Gene sequencing results of the virus samples from Shijiazhuang and Xingtai show that they are highly similar to the strains from Europe, but different from the strains circulating in China last year. Researchers thus conclude that they came from abroad.

The virus strains causing the latest cluster infections do not include the more transmissive variants recently discovered in Britain or South Africa, he noted.

More epidemiological investigations are underway to trace the origin of the outbreak, he said.