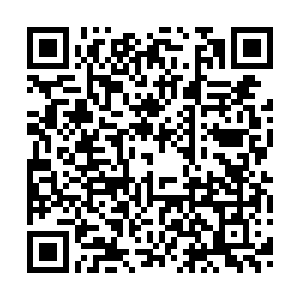 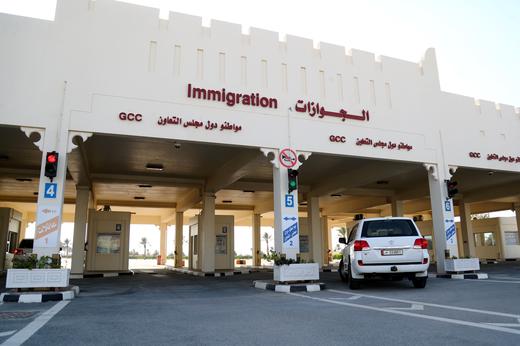 Qatari vehicles crossed into Saudi Arabia through a land border on Saturday for the first time since Arab states severed diplomatic and transport ties with Doha in mid-2017, Saudi state TV said, following a deal this week to restore relations.

"It's good the crisis has been resolved, and the warm welcome we had, and the happiness we see in our brothers," the driver of the second car to pass through the Abu Samra-Salwa crossing told Ekhbariya TV.

Measures to contain the spread of the new coronavirus are in place on both sides of the Saudi-Qatar land border.

All arrivals into Qatar crossing at Abu Samra must present a negative COVID-19 test, take a new test at the border and quarantine for one week in one of a number of selected hotels, Qatar News Agency said.

Saudi Arabia on Tuesday announced a U.S.-backed deal to end a bitter dispute with Qatar that saw Riyadh, the United Arab Emirates, Bahrain and Egypt impose an embargo on Doha over allegations that it supports terrorism and is cozying up to foe Iran. Qatar denies the charges and says the boycott aimed at curtailing its sovereignty.

Saudi Arabia embargo on Qatar 'to be lifted' – Kuwait minister 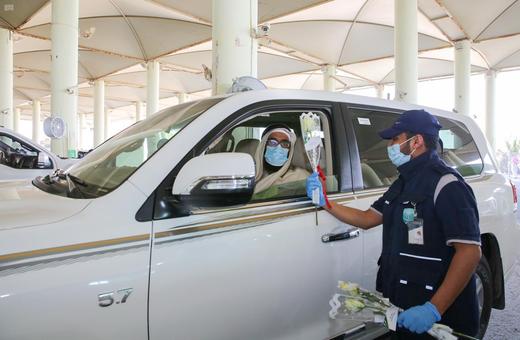 An officer gives flowers to a driver at a border crossing of Saudi Arabia with Qatar, after the two countries restored ties and opened borders, Saudi Arabia, January 9, 2021. /Reuters

An officer gives flowers to a driver at a border crossing of Saudi Arabia with Qatar, after the two countries restored ties and opened borders, Saudi Arabia, January 9, 2021. /Reuters

The flights between the two nations will also be resumed starting Monday.

Qatar Airways said via Twitter on Saturday that it will resume flights to Riyadh on Monday, Jeddah from January 14, and Dammam from January 16. It said the flights would be with wide-body planes including the Boeing 777-300, Boeing 787-8 and Airbus A350.

"We also look forward to resuming a strong relationship with our trade and cargo partners in the Kingdom of Saudi Arabia, as well as the major airports in the country," the airline added on Twitter.

Saudi Airlines (Saudia) also tweeted that it too would resume flights from Riyadh and Jeddah to Doha from Monday.

A UAE official this week said travel and trade links could resume within a week of the deal, but restoring diplomatic ties requires more time as parties work to rebuild trust.

Saudi Arabia, the United Arab Emirates, Bahrain and Egypt imposed a diplomatic, trade and travel embargo on Qatar in mid-2017 accusing it of supporting terrorism. Qatar denied that and said the embargo was meant to undermine its sovereignty.

Saudi Arabia and its three Arab allies agreed to restore full ties with Doha at a summit in the kingdom on Tuesday.