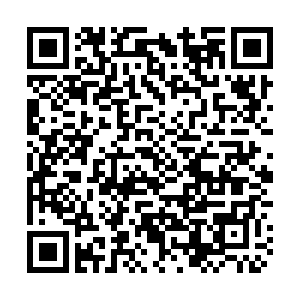 Indonesian military chief Hadi Tjahjanto said on Sunday that a joint search and rescue team had located the black boxes suspected to belong to the Sriwijaya Air plane that crashed into the Java Sea on Saturday afternoon.

The rescuers, he said, were trying to find black boxes after marking their positions.

"It is proven that the two signals issued by the black boxes can continue to be monitored. We have marked them," Tjahjanto said, adding that the plane wreckage is located at the depth of 23 meters.

"As of this morning, we've received two (body) bags, one with passenger belongings and the other with body parts," Jakarta police spokesman Yusri Yunus told Metro TV.

The Boeing 737-500, en route to Pontianak in West Kalimantan, disappeared from radar screens after taking off just after 2:30 p.m. (0730 GMT), 30 minutes after the scheduled time because of heavy rain.

Indonesian Transport Minister Budi Karya told a news conference that 62 people had been aboard Flight SJ 182, including 12 crew. Indonesia's Navy had pinpointed the site of the missing aircraft, and a rescue team had been sent there, a Navy official said.

The plane crashed near Laki Island, some 20 kilometers from the airport.

All those on board were Indonesian, Indonesia's transport safety committee said. 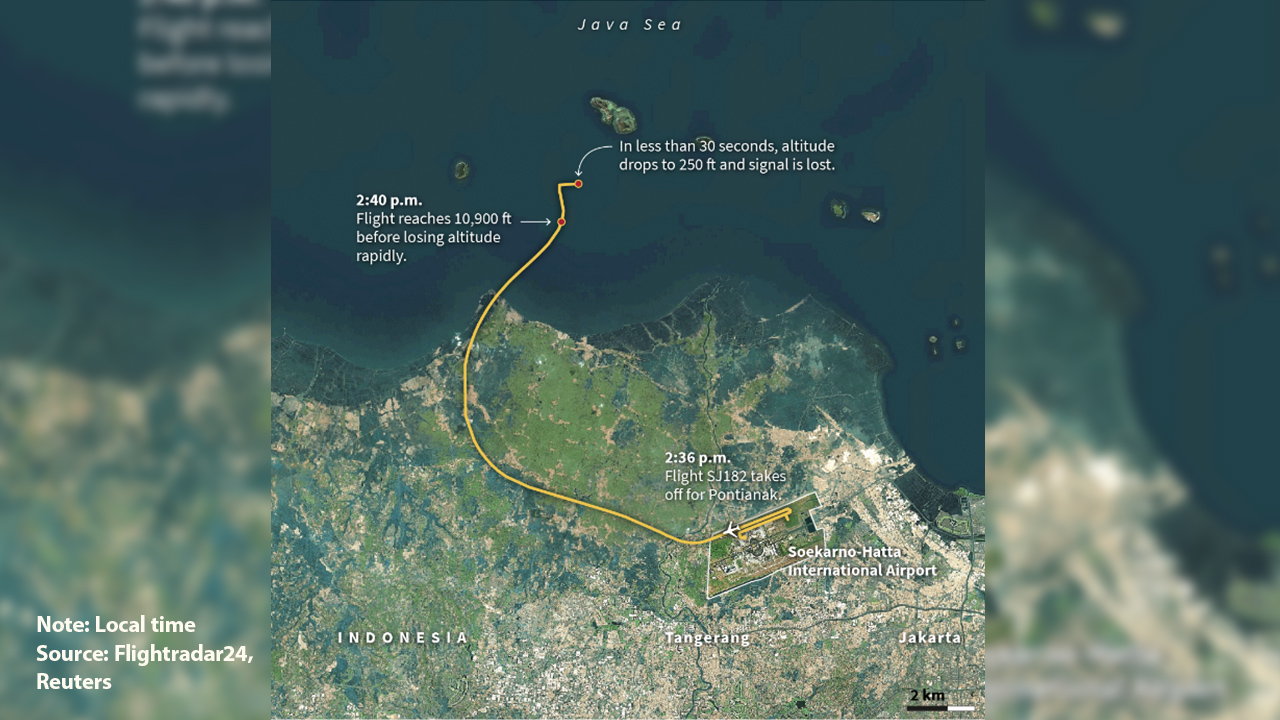 A team from Indonesia's state rescue agency Basarnas picked up some debris in the Java Sea early Sunday morning and "strongly suspected" it belongs to the missing flight, it said in a statement.

Indonesian airline Sriwijaya Air's chief executive, Jefferson Irwin Jauwena, told a news conference that the plane had been in good condition before the flight.

A transport ministry spokeswoman said air traffic control at Soekarno-Hatta International Airport had asked the pilot why the plane was heading northwest instead of on its expected flight path just seconds before it disappeared. 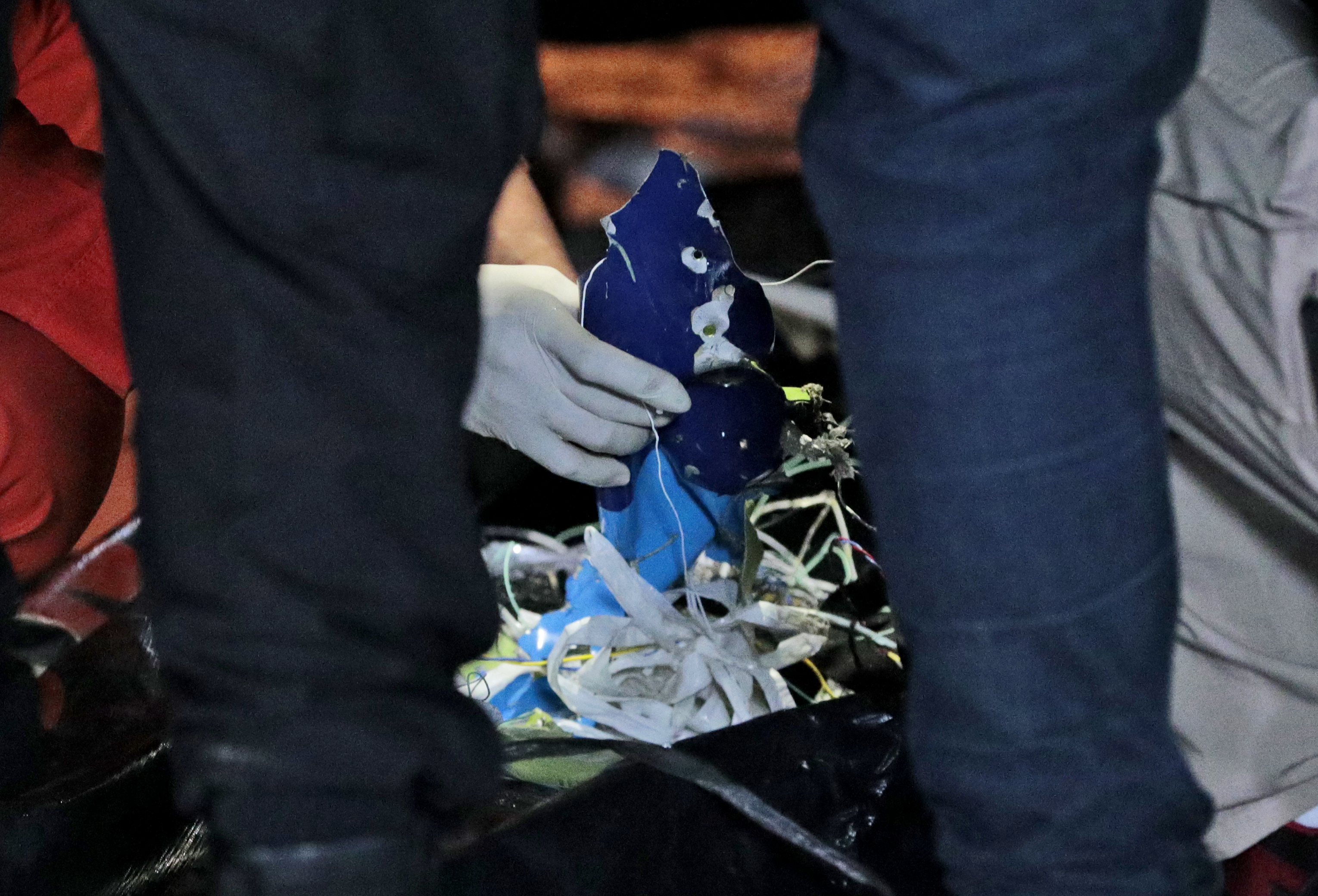 There were no immediate clues on what may have caused the sudden descent, and safety experts stress most air accidents are caused by a cocktail of factors that can take months to establish.

The plane used in this accident is a 737-500. The 737-500 is two generations of development before the most recent 737 MAX, which has been embroiled in a worldwide safety crisis following crashes in Indonesia and Ethiopia. It does not use the software system implicated in those crashes.

A Boeing spokeswoman said, "We are aware of media reports from Jakarta and are closely monitoring the situation. We are working to gather more information."

Indonesia itself has a patchy air safety record.

In 2007, the European Union banned all Indonesian airlines following a series of crashes and reports of deteriorating oversight and maintenance since deregulation in the late 1990s. The restrictions were fully lifted in 2018.

Between 2007 and 2016, the U.S. Federal Aviation Administration lowered its Indonesia safety evaluation to Category 2, meaning its regulatory system was inadequate.

Indonesian officials say they have worked hard to bring safety up to international standards. 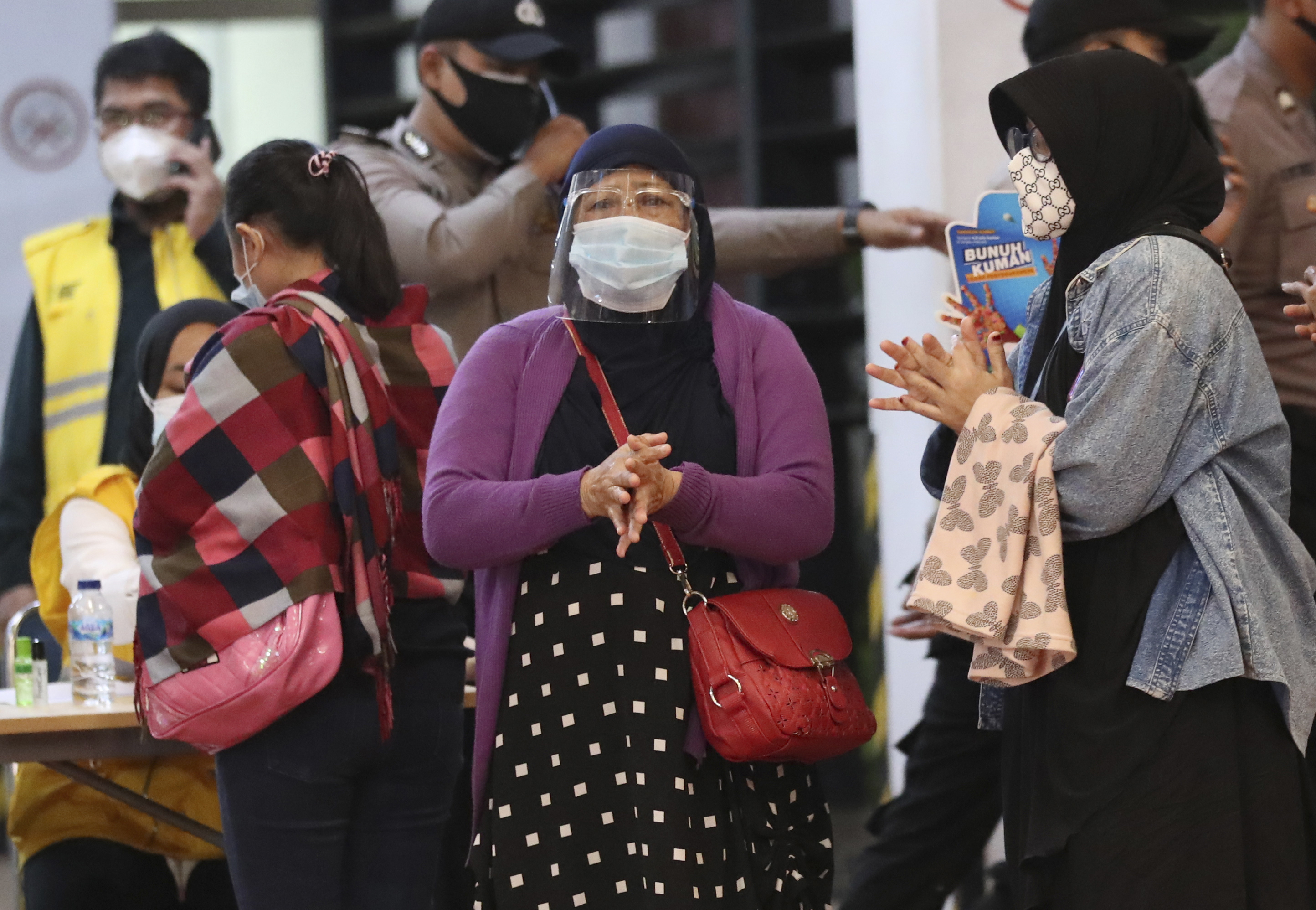 "We found some cables, a piece of jeans, and pieces of metal on the water," Zulkifli, a security official, told CNN.

Distraught relatives waited at Pontianak, around 740 kilometers from Jakarta.

Yaman Zai, a father of three children who were aboard the plane with their mother, said he was at the airport in Pontianak waiting for them when he heard the news.

"I will never meet her again," he said, holding up a photo of his oldest daughter.

Indonesia's KNKT safety agency was expected to launch an immediate investigation. The U.S. National Safety Transportation Board will automatically be part of the probe since the plane was designed and built in the United States.

Founded in 2003, Jakarta-based Sriwijaya Air group flies largely within Indonesia. The airline has a solid safety record until now, with no onboard casualties in four incidents recorded on the Aviation Safety Network database.