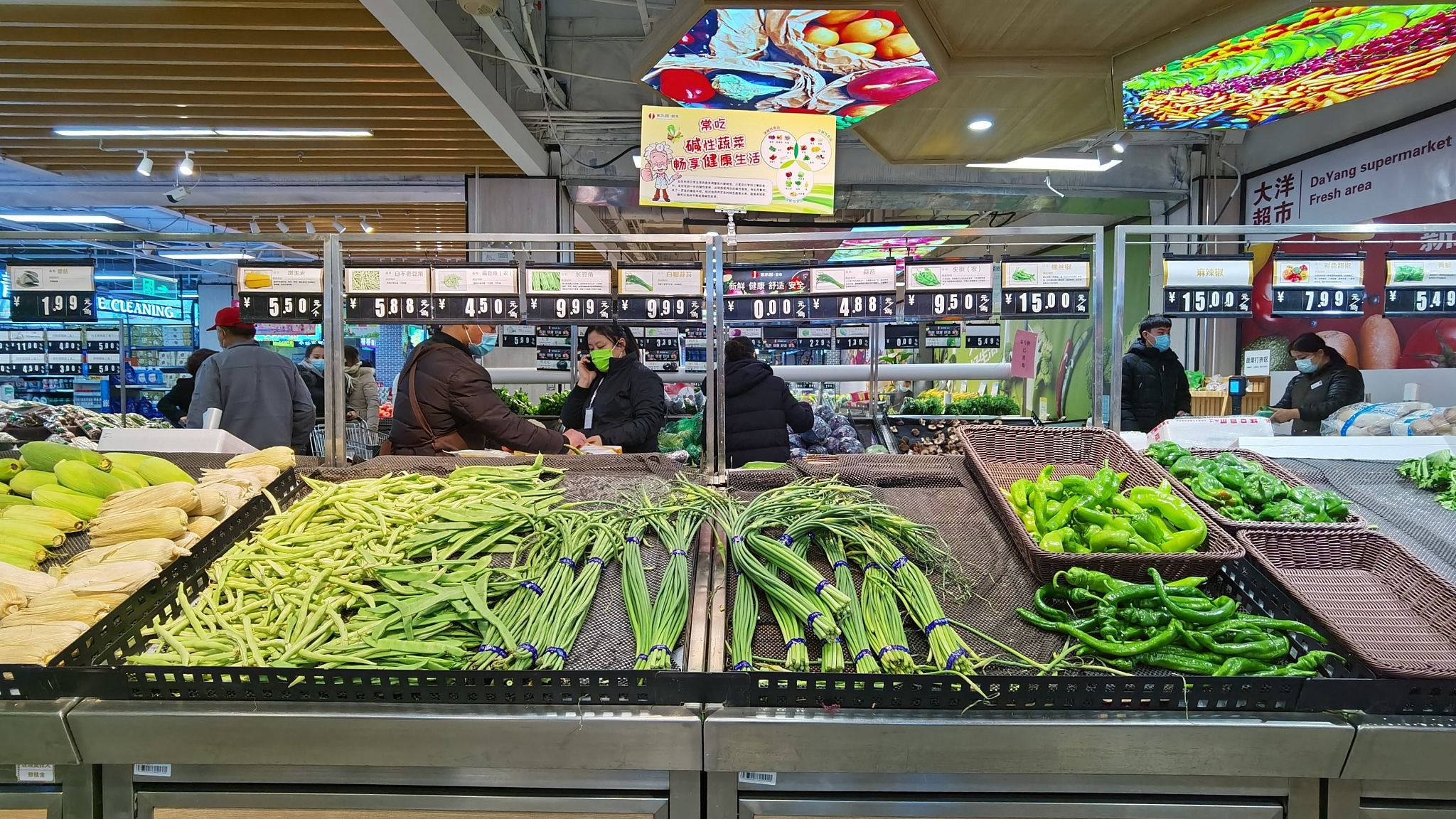 China's consumer price index (CPI), a key gauge of retail inflation, rose by 0.2 percent in December from a year earlier due to food price increases and rising demand amid festivals, the National Bureau of Statistics (NBS) said on Monday.

The figure reversed the negative territory of -0.5 percent in November, which was the first decline since 2009.

A Reuters poll expected the index to rise by 0.1 percent. And 14 Chinese institutions collected by the Wind Information database also showed an average forecast of 0.1 percent for December's CPI. 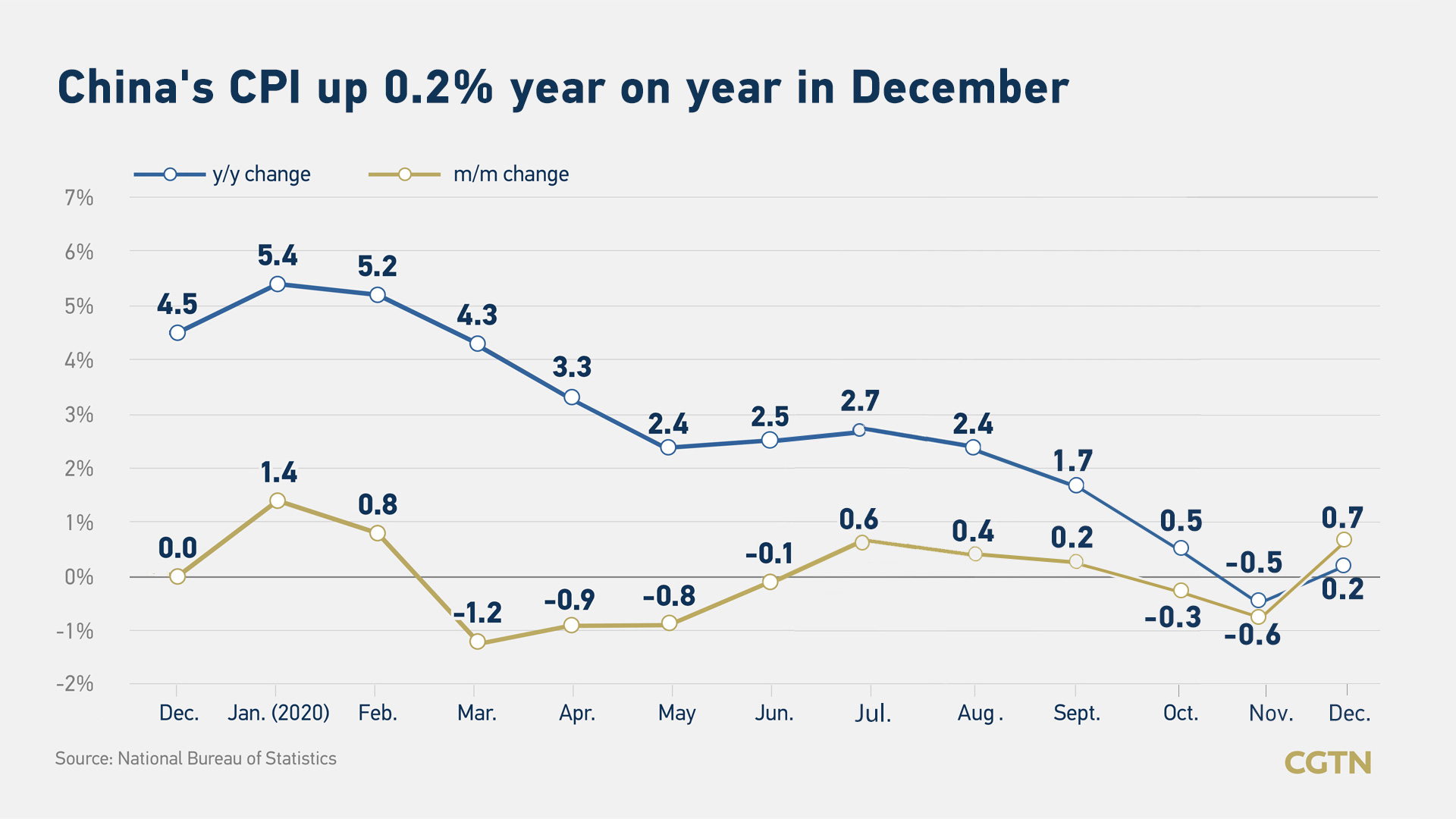 The production, storage and transportation costs of vegetables and fruits have increased due to the cold weather. The New Year holiday and the coming Spring Festival also drive consumer demand, said Dong Lijuan, a senior statistician with the NBS. 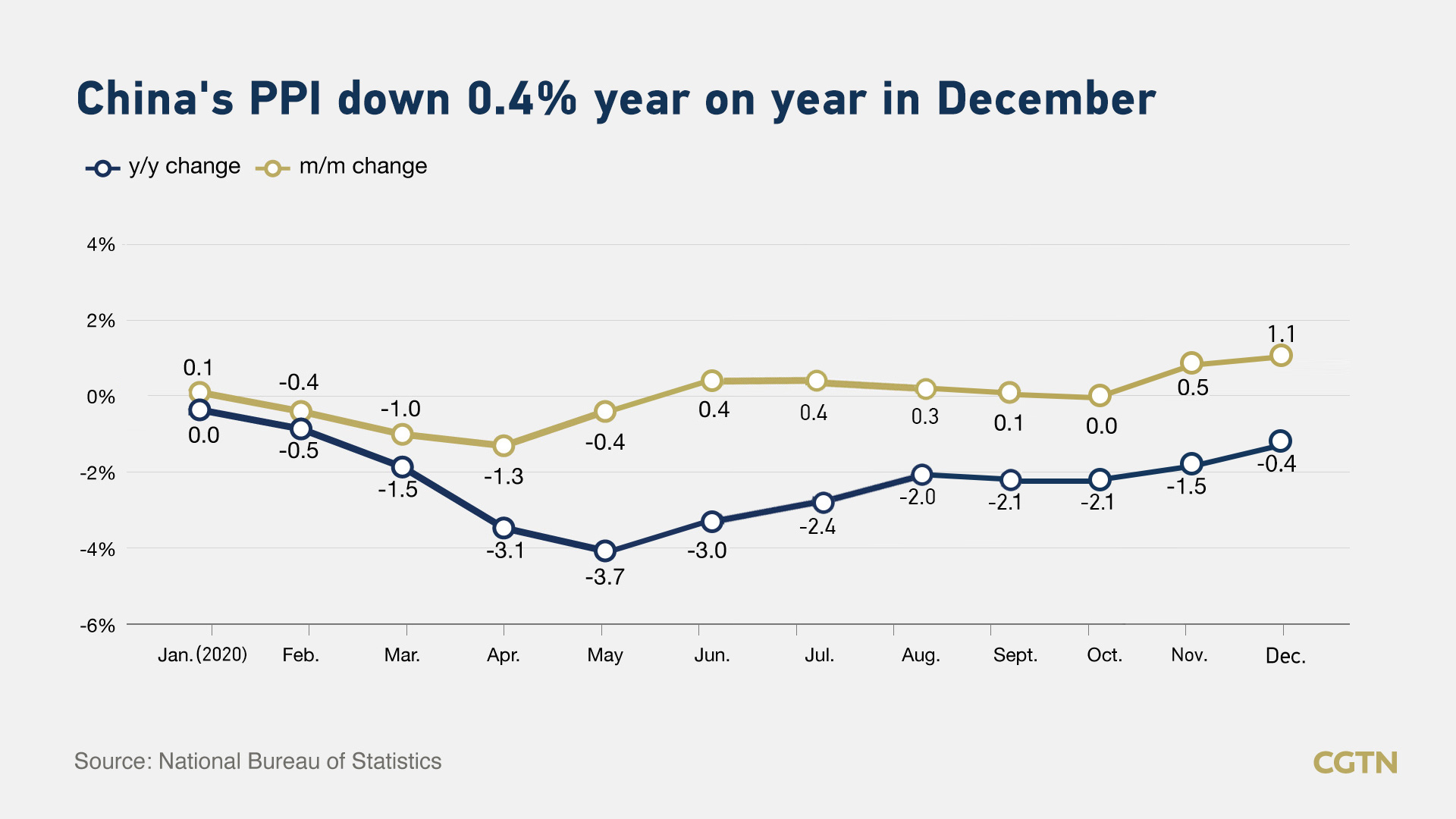 The producer price index (PPI), which measures goods cost at factory gate, fell by 0.4 percent from a year earlier in December, easing from the 1.5-percent drop in November, and beating the Reuters poll of 0.8-percent decline.

The rise of PPI inflation was broadly based among upstream sectors, due to the strong growth recovery in China and a rise in global commodity prices, Lu said.

The PPI of the non-ferrous metal smelting and rolling processing industry surged by 8.3 percent year on year in December, expanding 4.2 percentage points.